For Goans, the World Cup began on Thursday evening as ‘their’ team Portugal led by ‘Goa’s’ very own Ronaldo, edged past Ghana after a heart-stopping second half 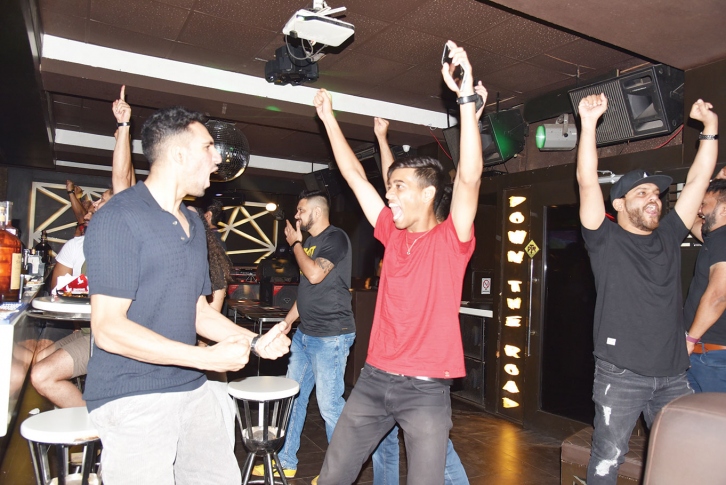 PANJIM: It was an evening when the sausage pulao went cold on the plate as the fortunes of Portugal changed dramatically over an eleven-minute spell. Their first match against Ghana was a game of two halves. For the fans at a popular night spot in Goa, it was all about restrained excitement in the first half.

For Blossom Caldeira, who was waiting for the match with friends said she was excited and hoped Portugal would win the day. She said she had wagered a small amount of money with her friends to show her confidence. Popular local chef Vasquito sat in the corner and said, “Only Portugal and no other team it is for me.” His belly laughs at the end of the match showed his relief and happiness at the positive turn of events.

Mannat, a UK national, who was present with friends, laughed and said she was supporting Portugal because her friends would beat her if she did not. Speaking later after the match she said, “Portugal paced themselves and then in the second half pushed and showed more aggression and hence got more space. They won and that’s what matters in a tournament. I think Ghana played well but fell away though they showed great gumption to score those two goals.”

Her friends Karl Meneses and Julian Pinto had expressed their complete confidence in Portugal.

However, after the match, Karl conceded Portugal could play even better which would be necessary if they needed to move further into the later rounds. The win he said was a good start to the campaign.

Malisa Simoes, who supported Ghana passionately, said she was disappointed with the showing and without the penalty that looked contentious; it would have been a draw. She said, “Ghana played brilliantly, it was a good game played by a young team. If not for that penalty it could have been a draw. I hope the Ghanaian team goes further in the tournament.”

Supporting Portugal, Russel Fernandes was as simple as breathing. He said “The Portuguese vibe is so strong in Goa and it is the most obvious thing to do. It was a great match, I am going home very happy.”

Perhaps the best response came from Syed Bukhari who was tucking into a hearty dinner and said there was only one team for him and his friends and they would all be leaving very content after the match. He said, “The late goals certainly added some spice to the proceedings but it all worked out fine in the end.”

The fans will hope it works out fine for Portugal in the end.