When your mother is snatched away do you take delegations to Delhi or go to the police station and Courts?

An immediate contempt petition in court for including the Surla river stream in Karnataka’s DPR should have been filled by now; what stopped even the opposition from initiating a PIL to stay the DPR under the Wild Life Protection Act? 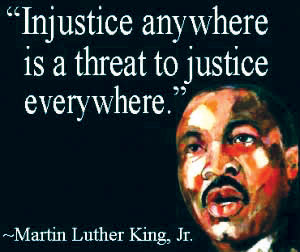 In meetings, rallies, and press conferences, River Mhadei is repeatedly referred to as “mother”. And the fight to stop Mhadei’s diversion is being labelled as the mother of all battles. What needs to be examined here is the seriousness beyond the rhetoric. For when bandits burgle your house and snatch your mother away, do you rush to the police station and the courts for justice, or do you take delegations to Delhi to make diplomatic requests?

On this Republic Day, Goans would be pleased to have this question answered keeping the fundamental principles of our Republic and why this day was chosen as Republic Day. It was the day our Constitution came into effect on January 26, 1950. The very same Constitution where sovereignty, federalism, rule of law, and the majesty of all pillars of the Constitution, especially the independence of the Judiciary and the press was etched in stone. These are unshakeable and non-negotiable.

Those who are knowledgeable on the Mhadei issue from all aspects-lawyers, environmentalists, and serious on-field activists, have said that there are two clear ways to stop the runaway implementation of the DPR, i.e. allowing Karnataka to go ahead with the Kalasa-Bandura drinking water project by diverting the Mhadei waters from Goa.

Karnataka can be stopped through court action: But this hasn’t been initiated and time is ticking

Firstly, by pointing out that the Karnataka government has included the Surla stream of the Mhadei in its DPR, which is not in the award given to it on August 14, 2018, by the inter-State Mhadei Water Dispute Tribunal.

It mentions only three rivers (tributaries of the Mhadei) - Kalasa, Bandura, and Haltara. The Karnataka government is allowed only to take 3.9 tmc ft (thousand million cubic feet) water. Surla river flows through Goa, although the catchment area lies in Karnataka. It originates from Goa. If Karnataka is tapping into a river that is not mentioned in the inter-State water disputes tribunal, then the entire project can be stayed or called off.

This does not require the Centre or any Ministry or the blessings of any political leader or party. By now the straight act of knocking on the doors of the Supreme Court should have been carried out.

But this isn’t the only route open. Noted Environmentalist Claude Alvares, who has won major environmental victories for Goa singlehandedly, has no doubt that the PIL route can be taken because the Wild Life Protection Act protects any diversion of water from a wildlife sanctuary.

This is a public issue. There is a case to seriously wonder why neither the government nor the opposition has backed a PIL. Here the opposition must also be questioned. Why hasn’t it explored the clear avenues available to them to approach this smartly and legally through a PIL, with a public-spirited citizen or group fronting it?

Right now, we are hearing only talks from the ruling and the opposition in Goa, but no concrete action

Goans expect our priorities to be right. When hundreds of crores are spent on projects, supposedly environmental projects, a fraction can surely be spent on taking the clear legal options available instead of waiting for political mercy.

If celebrated lawyers hadn’t celebrated too early, Mother Mhadei may not have been snatched away

In 2018, after the Inter-State Water Disputes Tribunal allowed 13.42 tmc (thousand million cubic feet) from the primary basin to neighbouring Karnataka against their demand for 36.5 tmc, Goan lawyers termed it “a major victory”. Didn’t they see through Karnataka’s designs and the possibility of Karnataka’s proposing a project which would tap even the Surla river of Goa and divert water from wildlife sanctuaries? Surely the crores spent on legal fees should have ensured that Goa contested the Tribunal award in 2018 so that Goans would not have had to see this day when Mother Mhadei is being officially snatched away.

Karnataka can’t ride roughshod over Goa. Goa is small, but not weak

A weakened ecosystem, the destruction of our fragile forests and wildlife, whether in Goa or Karnataka is going to make both States vulnerable to ecological destruction. Nature does not follow geographical State boundaries. By drying up wildlife sanctuaries and lessening the water in the Mhadei through diversion, the long-term devastation is going to be felt by Karnataka as well. The Karnataka Chief Minister’s dismissive remark that he does not care for resolutions made in the Goa Assembly is not becoming of the Chair of the CM.

A true leader looks at humanity and justice beyond boundaries. As Martin Luther King has said, “Injustice anywhere is a threat to justice everywhere”, Mr Basavaraj Bommai, CM of Karnataka can surely see that winning maximum seats in the next Lok Sabha elections from Karnataka can be a short-term political goal. But is it good for the country that Karnataka’s “victory” comes by destroying a pristine beautiful neighbouring State of Goa? Will Prime Minister Modi be fine with Goa’s destruction as the cost of BJP’s political needs in Karnataka?

At the end of the day, Goa is being burgled. And the most important treasure, our mother is being taken away from us. If we get angry, panic, run and take immediate action when that happens in our home, why should Goa’s actions on Mhadei be any different?

The government and the opposition must know that the time to talk is over. It is now time to do. For the sake of our future generations, who have loaned Goa’s land and its finite resources to us.