Will give opinion in two days: Adv General 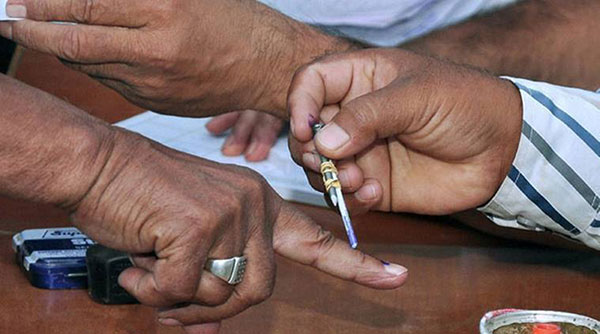 Panjim: Advocate General Devidas Pangam on Tuesday said that the government has referred to him a file regarding reservation of wards for panchayat elections and that he will give his legal opinion on it within the next two days.

“The government has sent the file regarding reservation of wards for OBC communities for panchayat elections to me today. I will study and give my opinion either by Wednesday or Thursday,” he told Herald.

According to Pangam, the Supreme Court on Tuesday passed an order regarding OBC reservation in local bodies in Maharashtra. This order is important as it will make the entire picture clear, he said.

Pangam said that since the Apex Court has mandated all States to follow the triple test while reserving wards for OBC communities, the government will have to constitute an OBC Commission to conduct a survey for collection of data of OBC population in every village panchayat and accordingly reserve wards for them.

The opposition Congress on Tuesday demanded postponement of the panchayat elections by four months so as to allow the government and the State Election Commission (SEC) to reserve wards for OBCs as per the triple test.

Speaking to the media, Leader of the Opposition Michael Lobo pointed out that the Goa OBC Commission was defunct and that the government should reconstitute it so that the government can obtain the correct data of OBC population in the State and then submit it to the SEC for reservation of wards.

Lobo said there should be no injustice to the OBCs, which comprise a large part of the population of Goa and that 27 per cent of the wards should be reserved for them even if the Supreme Court has asked the Madhya Pradesh government to notify wards in general category if it cannot reserve them for OBC communities as per triple test and to hold panchayat elections there.

Lobo said that the panchayat elections can be postponed by four months and during this time the government should appoint administrators to the village panchayats since there was no provision in the Goa Panchayati Raj Act to extend the term of the current elected bodies.

Lobo said he will write to the State Election Commission, Panchayats Minister and the Chief Minister stating that Congress will support the government’s decision to postpone panchayat elections by four months and to hold them in October this year.