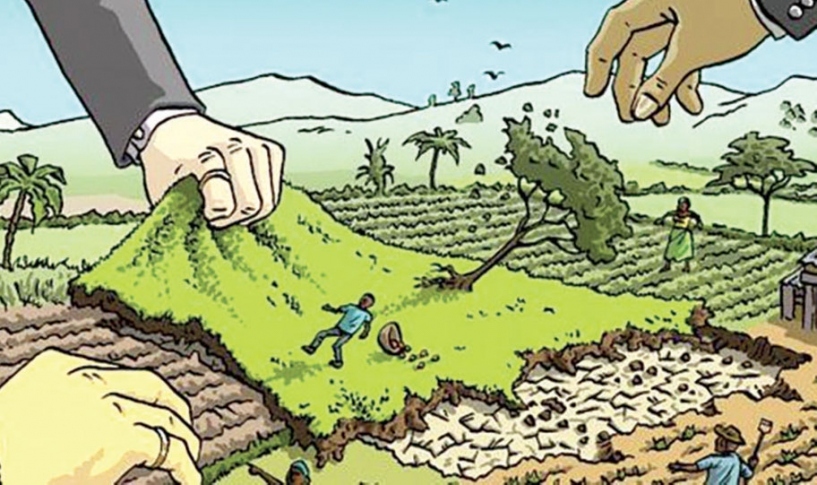 PANJIM: In a major land scam, 73 properties, notified as government land, in Sanguem taluka, are illegally sold out, over a period of nine years. The Special Investigating Team (SIT) has registered a case against one Sociedade following a complaint filed by the Sanguem Mamlatdar.

Speaking to reporters Superintendent of Police (Crime Branch) Nidhin Valsan, who is heading the SIT, said that a case has been registered on Monday against one ‘Sociedade’, wherein sale of 73 properties, notified as government land, has been taken place.

“We had received a complaint from the Sanguem Mamlatdar. The land belongs to the government. The report sought from the revenue department revealed that the land has been sold out. The selling out of this government land has been occurring since 2013,” he said.

Valsan said that SIT is registering FIRs where investigating cases involve organized land grabbing syndicates. Of the total 100 cases under investigation, FIRs are registered in 35 cases and nine arrests, including a lady, have been done so far, he said.

Of the 35 cases, 28 have been transferred from other divisions and 7 have been registered by the crime branch, the SP added.

Valsan said that except for the lady who had been arrested two days back, all other accused are out on bail. “They have been directed by the court to join the investigation. Bail is their right, but in case they don't cooperate we will seek cancellation of bail,” he said.

SP said that SIT is receiving a lot of complaints, in fact, all complaints related to land are sent to them for investigation. “But, we are concentrating only in those cases where is an organized crime syndicate,” he said.

He said that maximum cases are concentrated in North Goa; however a few are from South Goa. “But primarily, maximum number of land cases, which have come under the purview of SIT are situated in Bardez,” he said adding that SIT is also analysing complaint against Mandrem MLA Jit Arolkar filed by Aires Rodrigues.

Valsan said that government employees are also on radar of SIT and if any involvement is found, necessary legal actions will be initiated.

Pointing out that most lands targeted are those with no owners or where the owners stay abroad, the SP urged land owners staying abroad to recheck their land records for possession related issues and file a complaint with SIT if there are any discrepancies.