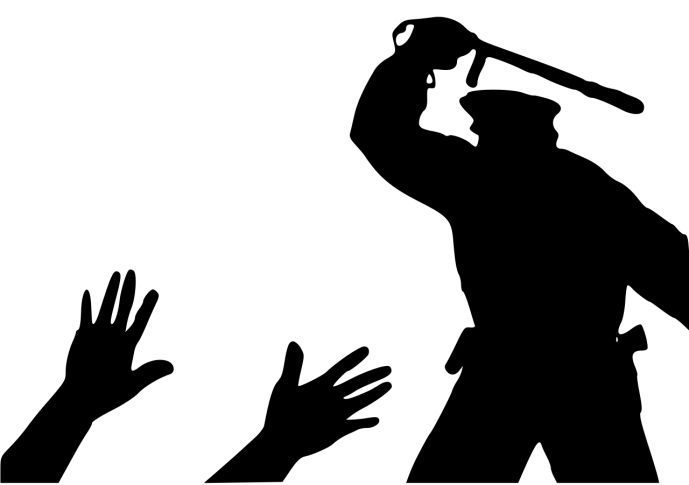 PONDA: The actions of some men in uniform have sullied the image of ‘khaki’, as yet another incident of police brutality was exposed when a worker from the Kundaim IDC was allegedly assaulted by two constables, who further demanded an extortion amount of Rs 5,000 for

Condemning the brutal act of the constables, union leader Puti Gaonkar in a memorandum to the DySP Ponda, has demanded that the two constables posted at police outpost at Kundaim be suspended immediately.

Narrating the brutal police assault, Narayan Rautray, the victim said he was called to outpost by police on charges of theft, and as soon as reached the outpost, he was brutally assaulted by the constables Aditya Mandrekar and Vinay Shirvoikar, who later demanded an amount of Rs 5,000 for his release.

Narayan said he had no money and called his brother to the Kundaim outpost and he too had no money. Finally, an amount of Rs 1,500 was paid to the police via Google Pay and Narayan was released. He also showed a screenshot of the payment.

In his complaint to the Ponda DySP, the victim, who resides near Kundaim, has requested that a criminal case be registered against constables Aditya Mandrekar and Vinay Shirvoikar for assaulting him and for accepting a bribe, at the instance of Rupesh Gawas, HR Manager of M/s Himgiri Casting Pvt Ltd at Kundaim where the victim is an employee.

He said, “At 5.30 pm, two police constables from Kundaim police outpost took me to the outpost and Aditya Mandrekar assaulted me and demanded that I pay an amount of Rs 1,500 via Google Pay to Vinay Dhaktu Shirvoikar through mobile number 9552601361.”

Narayan said, “I felt relieved after the payment and proceeded to the factory. However, due to an increase in pain due to assault, I collapsed. I was admitted by the company to the Government Primary Health Centre (PHC) at Marcaim. I was examined by the doctor and was advised to take treatment for three days.”

Gaonkar further alleged that at the instance of the company management at Kundaim with ulterior motive and gains, two police constables posted at police outpost at Kundaim Industrial estate assaulted Narayan Rautray and asked him to pay Rs 1,500 for his release.

Gaonkar said after the victim reached the factory, he fainted and collapsed following the assault by two constables. The company later admitted Narayan to Government PHC- Marcaim, and the doctor examined him and advised a three-day treatment.

“Any police official has no right to call and beat any poor worker without proper procedure. There was no case against him. We therefore demand immediate suspension of the constables and an inquiry into the assault on a poor worker as there are several cases of the migrant workers, who were harassed by the said police constables in the past, by collecting money,” Gaonkar claimed.

A Xerox copy of the medical certificate and screenshot of the payment via Google Pay was enclosed with the complaint, he added.