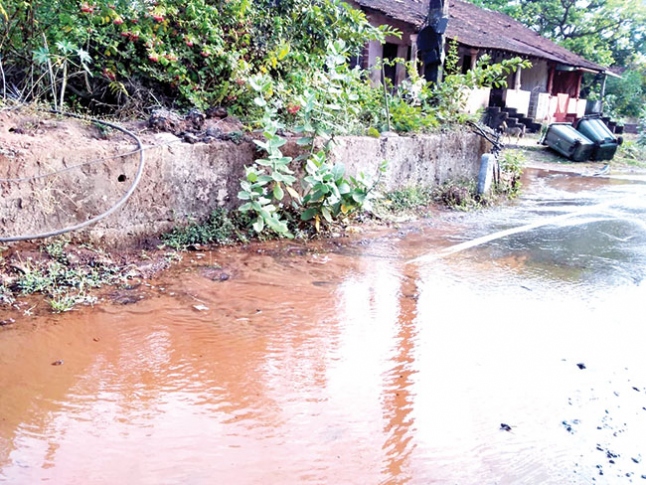 NAVELIM: The PWD pipeline supplying water to Navelim village broke down on Monday at the same spot near the Bank of Baroda behind the Our Lady of Rosary Church, Navelim, within 48 hours of its repair work was completed on Saturday.

When contacted, PWD assistant engineer (AE) Premakant Rane told Herald that “the PWD engineers were repairing the damaged pipeline that had burst near the Bank of Baroda behind the Our Lady of Rosary Church, Navelim.”

Locals who spotted the water overflowing on to the roads immediately informed the PWD officials about the leakage resulting in the shutting of the valves.

Incidentally, this is the third time within the same month of February that the PWD pipelines have ruptured resulting in hardships to Navelim residents by the sudden “unannounced” shutdown in the water supply.

Earlier, the main PWD pipeline had ruptured due to the excessive load on the old rusted pipes near the old society office situated near the Our Lady of Rosary cemetery around 10 am on Saturday, February 6. Exactly, a fortnight later, on Saturday, February 20, the PWD pipeline burst again near the Bank of Baroda behind the Our Lady of Rosary Church, Navelim.