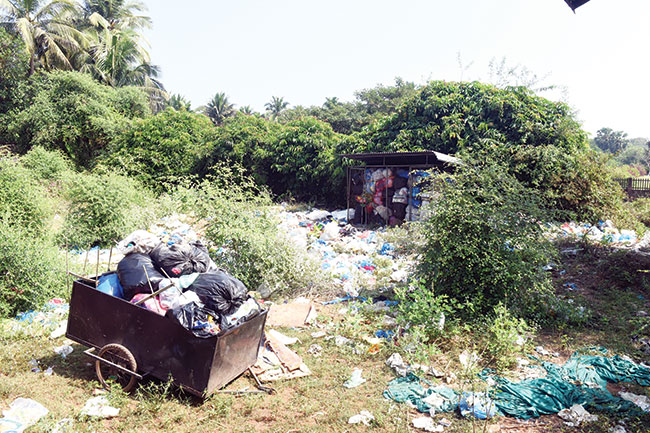 The BJP council is under the influence of 3 BJP MLAs of which two are ministers including the Urban Development minister, Milind Naik. But that doesn’t necessarily mean that there is unity and seamless coordination among them, making many political observers wonder if BJP has found its opposition from within

With many former councilors fielding their candidates, or contesting from other wards, people of Vasco are expecting new faces to get elected and give a push to the development of Vasco which the predecessors have failed to undertake.

The Mormugao Municipal council has remained in the news for wrong reasons, majorly, for the three months that it took to elect a new chairperson due to the differences and internal politics between the two group of councilors backed by their BJP MLAs.

No funds to pay salaries; massive outstanding dues yet to be recovered

The outstanding taxes and dues are estimated to be around Rs.50 crore.  The three mega-projects such as the Fishmarket complex, the Powerhouse project, and repairs of the municipality building, along with the renovation of the Chief Officer’s bungalow, encroachment clearing on footpaths, parking and many more such issues have remained as it is.

Peter Andrade, resident of Mangor hill Vasco opined that the outgoing council's performance was more disappointing than its predecessors. The revenue generation ideas were pathetic and the term involved more of begging for CSR projects than actually doing work with its own revenue. Crore of rupees which were due were never recovered from defaulters and those pointed out by concerned citizens remained rotating for opinions. This resulted in precarious financial condition and staff salaries were hit resulting in strikes and frictions.

He added that the municipal shop lease issue remained as complicated as before. The Old vegetable market turned into mobile shops, illegal extensions and encroachments continued as if being blessed by the councilors.

Further Andrade said that "the Navy's NOC is required for any constructions, so that has also affected revenue by way of construction license fees. MPT has refused to pay any claimed dues and with the passing of the Major Ports bill, the council meetings will degenerate into a Chai-samosa affair.”

Having three MLAs from the ruling party which is BJP and each MLA backing a section of councilors have not helped in any development of the area under MMC. Garbage issue is in mess, buildings owned are crumbling and stray animals are growing in numbers.

“The mood on the street is that councilors were seen more involved in installing pavers in private properties, blessing illegal development, were more of paper tigers and seen as sycophants' of the MLA backing them. If things continue this way then people can call the council a ‘Banana Republic’,” he said.

Vikram Sarmalkar, a businessman from Vasco in his said that talking about the development, there has been lots of work happened in the city ward area such as clearing of dark spots, putting of pavers, beautification of certain spots, drainages were cleaned and covered to avoid mosquito breeding. He pointed out shortfalls too such as the fish market complex, bus stand, proper vegetable market etc did not come up.

Further, Sarmalkar said that the municipality often faces the problem of financial crunch which is only because they aren't serious about doing dues recovery. "If the municipality does recovery from the defaulters then it will be financially sound. For the last ten years, nothing great has happened in Vasco municipal area. There is no proper public toilet facility for the people. If a pregnant woman feels needs a decent public toilet facility, does the town have any?” he asked

When asked what are his expectations from the new council which will be elected shortly and whom should people elect, to this Sarmalkar added that those who have helped people during the last year COVID pandemic, and those who have done some work should be elected. New faces should be elected for better work in their wards. “People don’t know whether the BJP MLAs from Mormugao taluka are united or divided.  It becomes difficult for people to understand what will be the result of supporting their councilors who are being supported by the BJP if they start opposing each other and this is the main reason why the municipal area of Mormugao has remained underdeveloped for a long time.”

So what the doctors, i.e. the people of Vasco have ordered are fresh ideas, fresh leadership and fresh direction. That already appears too much to ask.