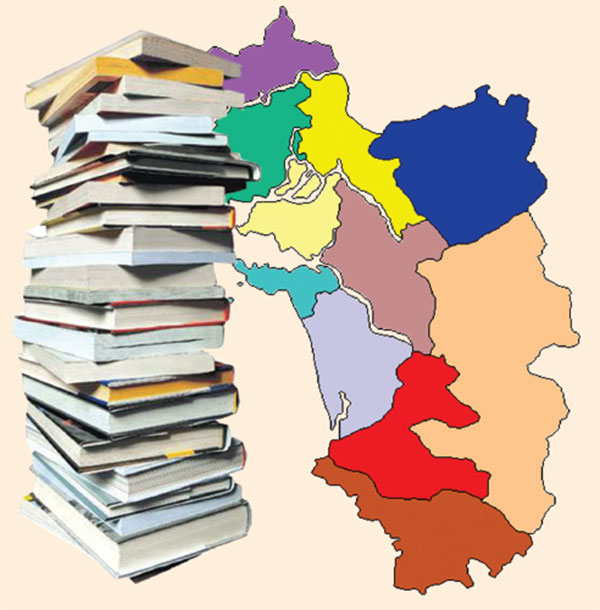 Goa will soon see several private players setting up education institutes for higher education. The bill is yet to become an act and once the procedures are completed private players in education sector will be applying to the State government to establish their institutes in Goa.

“At the moment we have no proposals, as the act has not been enacted yet and hence, no one can apply now. However, once the act comes in to force anyone can apply according to the rules and pre-requisites made in the Bill of Private University Bill,” said Prasad Lolayekar, director, Higher Education, Government of Goa. To become a full fledged act it may take another 15 days or so or as soon as the Governor gives his assent to the bill.

Goa has immense potential to become an educational hub and around 2006 about 12 ambassadors of different Latin American countries had participated in a workshop organised by the Goa Chambers of Commerce and Industry (GCCI) on how to make Goa as an educational hub.

“In fact we had pushed this concept of private players in higher education in a big way. I am extremely delighted that Goa government has taken this step and I congratulate Chief Minister Dr Sawant for this. The employment potential and the skill sets which is available in Goa is more suited towards  educational sector and not so much towards industry as it is diverse,” said Nitin Kunkolienker, past President of GCCI and Member of Higher Education Council which is headed by the Chief Minister.

“We have IIT, NIT …and Goa Institute of Management is a big success story. Too much of regulatory pressure should be eased and Goa Education Act needs some changes and it was a copy paste from Delhi. Goans should decide for Goa and Goan system is quite matured as against 20 years ago. If we are not having skill sets we should start preparing for it as technology is also engaged in education now. There should also be ease of doing business here too. Just see how Manipal survives only through education,” said Kunkoleinker.

A private player is unlikely to invest in traditional mode of education and they will want technology to be incorporated in education but the education models of State government has not shown much progress with changing times.

Associate Professor, Department of Economics in SS Dempo College, Nikhil M Varerkar who has travelled across the globe is of the opinion that, “In the fast changing landscape of higher education it is vital that the State government along with all other stakeholders act proactively and the focus needs to shift from mere quantitative expansion to quality enhancement.”

He felt that quality higher education needs to be delivered by professionals and Goa does not have that many. In term of Goa the private institutes may not be able to serve the purpose because the student population is much less as compared to states like Karnataka, Andhra Pradesh or Maharashtra and sustainability of such institutes may become difficult.

“We have over 8 to 9 engineering colleges in the state and some of them are really good but in many streams which they offer are not having enough student enrollments for those courses and they are not operating at their optimal capacity. This means that supply side is much more than what is in demand. What we need is to get skill development,” added Prof Varerkar.

During the course of interaction with several educationists in Goa who did not want to come out on record , the feeling was that private universities in Goa, to sustain themselves, will have to look for the students, aka ‘customers’ from outside Goa and for that one needs hostel facilities. This also means educational tourism sector which is non-polluting and knowledge driven. “Why can’t we have a holistic tourism policy which inculcates education too as its part?” quipped one educationists on condition of anonymity.

Many believed, which is true as well, that Goa is scares for land and to build up such facilities, it requires bigger plot of land. One of them said, “The students who answer 10th standard board examinations in Mumbai and Pune outshines Goa’s entire population. You need to look at the size. From a 12 crore state to 15 lakh state and the difference is huge. This will surely be discussed by the private players before entering Goa. The story of IIT, NIT is different as they are funded by Central government and they look at all India students, which is not specific to Goa. But for a private institute to acquire such portion of land and money would be difficult to sustain.”

Prabhakar Timble, noted educationist and columnists of Goa is of the opinion that it is believed that education is something which is very sacred and sacrosanct and there should not be any kind of commerce or business involved in education and same was the view for health sector. However, now we see huge private investment in the health sector, whether building of hospitals or running them professionally as a corporate.

“I am just drawing a parallel between the education and health sector. Even the non-medical people have entered the business of hospitals and they are doing fairly well. It is marriage between the capital and profession. In education sector what is coming now is different model altogether like KLE, Amity etc. As a forward looking educationist I welcome this move,” said Timble.

However, Timble cautioned that there are apprehensions that education in private universities is getting commercialised. “On the contrast to that I feel that the state universities have no accountability to the students and the market and there are hardly any placement cells. However, the state universities must continue to cater to many people who may not be able to afford higher education in private institutes. The private institutes, which comes to Goa should have a tagline of ‘not for profit’ and all profits should be invested back in development of education,” added Timble.