If “development” is for the people, governments should talk to them before doing it

Cases of govt decisions being at odds with people’s are growing because many govts no longer reflect people’s will; only the Courts are hearing people’s knocks 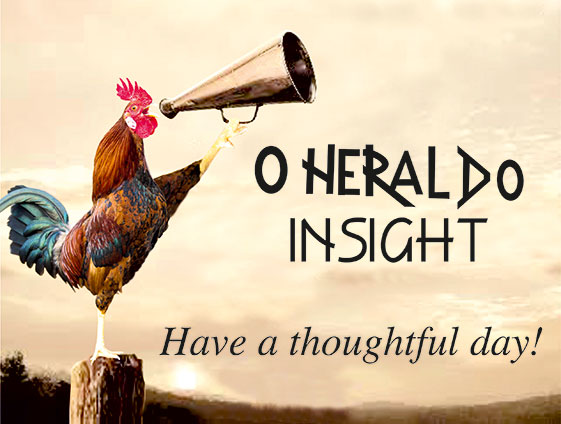 Ronald Reagan’s words spoken in 1986, thirty-six years ago, have become one of the top five quotes ever by a politician of his standing, because they ring so true.

Doing good is not an option for governments. It’s non optional and non- negotiable. Therefore, in every action of governance - each policy, scheme, bill, act, scheme and project, the end beneficiary has to be, without any doubt or question, the people who elect governments. But does that happen? Is the government here to help. The answers lie in Ronald Reagan’s words.

What are the phrases that you hear most from Goans committed to their land: ‘Not consulted and not taken into confidence’

On one side are those who are in the system of Governance which by default says that there is opposition to everything.

On the other side are the people. It is fair to expect that both sides must understand each other, but if there is a people opposition to everything, then it doesn’t necessarily mean that people are opposers by default. Those who govern are guardians, and guardians must listen to understand people and not only to reply to them saying they are opposing for the sake of it.

No policy is perfect, some imperfect, and some totally anti people

You win the test of the people only if the ratio of perfect decisions are higher than some of the imperfect decisions and much more than the totally anti-people ones. When this equation gets reversed, protests dominate projects.

Should decisions be taken first, and then “people heard” with little intention of reversing them?

At the same time, people perhaps would like to emphasize that the scope of dialogue gets severely hampered if decisions are taken and justified and then their voices are heard, with the decision already in place and not easily reversible.

This can happen because of any one or both the following:

a) When the motive is questionable

When an act, bill, amendment etc, is made with a motive to suit interests, including political ones, and not people’s interests. It is quite normal that dialogue won’t happen then.

This subversion of democracy through defections, across the country, has given ruling parties the misplaced belief that the sheer number of MLAs reflects popular will for that party’s government. Often it is not the case as the number of those who won by asking votes against that party, are now the MLAs of the very same party. In the Northeast, the entire party in bulk has crossed over to the opposition making it the new ruling combination. Goa is not too far behind.

When the scope for making up for less seats through defections or adding more seats for consolidation is there, then the anger of the people no longer becomes a deterrent for the government.

In most cases, it is the courts that come to people’s help and that is where people knock for justice

After a people’s agitation against illegal land allotments for SEZs, the allotments were scrapped.

But when the promoters went to the Supreme Court, the government, instead of pushing to win it there, agreed to the reversal of 24 lakh square metres but shockingly also agreed to return the security deposit taken from promoters, with interest. Imagine, this was for land that was illegally allotted to them, as confirmed by the High Court

The stoppage of illegal mining, the scrapping of a blatant anti-people Regional Plan and the blocking of the double-tracking through the Mollem forests are all a result of people centric agitations led by selfless green heroes like Claude Alvares, Abhijit Prabhudessai, the Save Molem group, etc.

But then the battle never ends. Mining is expected to legally start. But then the process of Environment Clearances, the manner of dump mining and, most importantly, having a government-controlled mining operations with the state being the custodian of mineral resources, all need to be in place.

In Mollem, the state has once again restarted the process of getting Environment Clearances to facilitate the double-tracking through the forest area to the peril and destruction of the entire ecosystem. Outside that area, teams from the South Western Railways are regularly reaching villages like Arrosim to continue with their track expansion work, to the extreme opposition of the locals.

TCP Minister Vishwajit Rane took a good decision to scrap the draconian amendments to the Land and Building Construction Rules which would in short allow massive villas, malls and complexes in pristine rural areas. But, this begs the question: “Wouldn’t a prior public consultation, rather than a post facto one, have been better?”

People clearly feel that be it the Major Ports Act - the after effects of which will be seen in the total subversion and destruction of Goa’s villages and water bodies, or the recent ill-advised and conceived Jetty Policy, all have been the product of a process which was conceived and executed in different sections in the corridors of “power” without looking at those who give them that power - the people.

For our democracy to work, there cannot be a breakdown of communications and there is no room for ego or one-upmanship. For when the dam of patience bursts, and there’s a vacuum between those who should serve and those who elect them to serve, an alternative is conceived to resurrect the hopes of the people.

However, if a government course corrects and understands its people keeping ego aside, it has a chance to be the most loved and followed. The ball clearly lies in their court.