Rahul Gandhi has established himself as the BJP’s strongest asset; effect clear in Goa too as his leadership is neither present nor respected; Congress ‘High Command’ is neither ‘high’ nor in ‘command’ 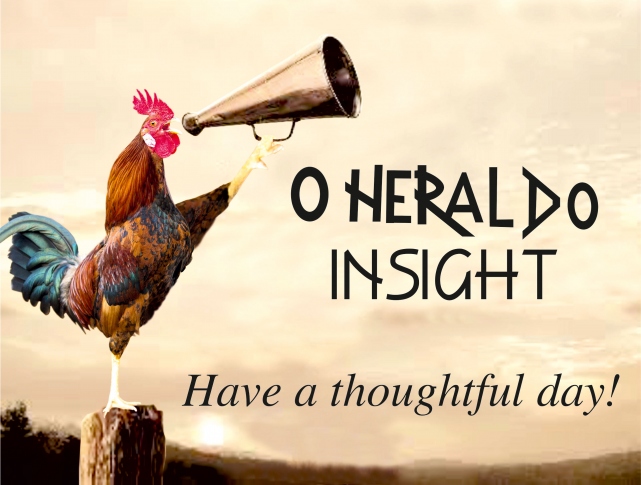 As the national attention of the Congress party is drawn towards the ED officers where its first family is spending time, it has not gone unnoticed that there has neither been an outpouring of public sentiment, people taking to the streets, or even a united opposition coming together to brand this as an exercise in witch-hunting of the BJP to pressurise the Congress.

The BJP, and there’s no doubt about this anymore, simply treasures Rahul Gandhi. It plays with him like a toy, teases him, ridicules him, and calls him names.  But it will make sure that he is never allowed to become a leader.  Yes, his brother-in-law and Priyanka Gandhi Vadra’s husband Robert Vadra, who is questioned by agencies over land deals cases,  is only called ‘jijaji’ (Rahul’s brother-in-law) and ‘damadji’ (Sonia Gandhi’s son-in-law) but there has been no pressure in them beyond this.

Why is he an asset for the BJP?

The BJP realises that a weak leader who hangs by the coat tails of his family members to do his politics is a jewel for the BJP helping it to consolidate, even as the Congress continues to claim principal opposition space, but here too it has failed. As long as Rahul Gandhi is there in the Congress, the BJP has nothing to worry.

When the BJP troll army and IT Cell attack the Congress for non-performance, Rahul Gandhi’s leadership does not hit back with facts like the double-digit economic growth the country saw during the UPA years? The Congress does not talk about how under Dr Manmohan Singh, India’s exports went from $5 billion a month to $25 billion a month, at which level it has stayed for six years or that the economy under both UPA terms had a growth of 8.1 per cent) more than the Modi government (average: 7.3 per cent). But under Rahul’s leadership, the Congress does not draw on its own strengths allowing the BJP to play him and the party the way they want.

The people and other opposition parties simply see the current ED questioning of the Gandhis as a family matter. They formed a trust which took over all the prime assets of the company which owned the party’s mouthpiece National Herald. The people of India do not see him as a victim because he does not show the people that he is one of them.

It is important to figure out this narrative. Despite being in active politics for over one-and-a-half decades, Rahul Gandhi does not have a mass base. Nor does he have nationwide personal appeal and most importantly, for those in Goa, he played the role of Nero who fiddled as the Congress burnt with inefficient, weak rudderless selfish leadership after Luizinho Faleiro was ousted and Girish Chodankar was foisted on the Congress, which had an open goal to win the next elections, but did not want to score.

As Rahul Gandhi became a stronger asset for the BJP at the Centre, Goa Girish Chodankar froze his own party and became a frozen asset for the BJP. If the Congress needs to look over the shoulder of all its MLAS and check how many remain each day, it is a measure of how hollow the party has become, not overnight but, especially in the past year.

It is in this context that the virtual surrender of the Goa Congress MLAs at the feet of the BJP before the last Assembly session has to be seen.  Earlier, one president went, and the other, Amit Patkar was appointed with absolutely no inner party discussion and election. The Congress’ famed organizational structure where grassroots consultation was done at the lower levels making every Congress member a part of the process of big decisions has been totally forgotten. And the sole reason for this is that there the so-called “High Command” is a myth. It is neither ‘high’ nor in ‘command’.

At the grassroots, support lies with the power centres in constituencies and panchayats, and the Congress doesn’t find itself there. Then with doubt hanging over which MLA would remain with the party or not, their support attaches themselves to the MLA, not the party. So, the Congress is not left with any support.

Thus, in Goa too the BJP is getting strengthened, just like in India? And Rahul Gandhi’s lack of leadership and absolute disinterest in building the organisation has led to the destruction of state units like Goa. All MLAs are taking their own decisions and are neither concerned with nor bothered by what the AICC or Rahul Gandhi thinks. To most, he is nonexistent politically.

The BJP, therefore, doesn’t take on either Sonia Gandhi or Priyanka Gandhi. Keeping Rahul as their main target helps.

One senior political journalist had asked a BJP MP in parliament a few years ago, why it is always Rahul and not Priyanka and he said Aap kya chahte ho? Modiji Priyanka Gandhi ko neta banaa dein? (What do you want, that Modi should make Priyanka Gandhi a leader?).

The meaning of this is that it suits the BJP to easily brush off and make fun of Rahul, but not Priyanka as much. But he is firm about not allowing any non-Gandhi to be at the top of Congress.

Look how much the Congress has fallen.

In March 1972, the Congress won all 13 Assembly elections held. Yes, the score was 13-0. At that time BJP’s stalwart Atal Bihari Vajpayee remarked in his own style “the Opposition had put up 2,700 individual candidates, while Congress fielded the same candidate in every seat across the country - Mrs Indira Gandhi. So, every Congress candidate won in the name of Indira Gandhi.”

That year, socialists and communists were divided, Swatantra party the Congress (O) trounced in the States. More importantly, Jan Sangh was hardly on the scene and the Congress and Indira Gandhi were flagbearers of nationalism.

Under Rahul Gandhi and party his mother, the world changed. In 2014, the exact same phenomenon happened with the BJP, when the party came to power in Modi’s name. And who was in power in the Congress, the Gandhi’s.

The BJP, therefore, is on a strong sure wicket, as long as there is Rahul Gandhi to give them a hand.