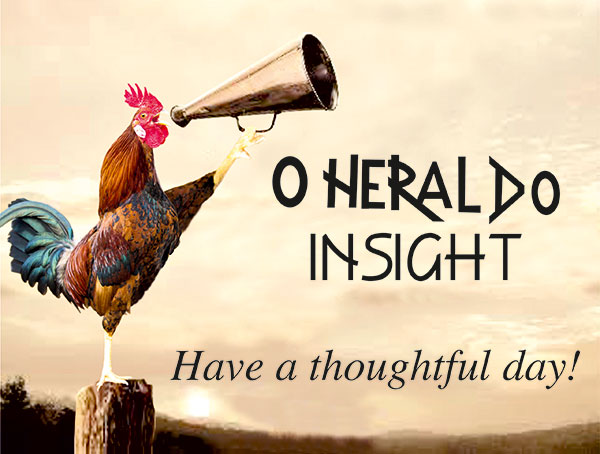 Serious political parties play to win. The Congress, since 2017 has been playing to make BJP win. It has repeatedly proved that it contests elections to ensure that even if they come close to winning, they don’t go up to the door to claim a government.

No one should be surprised that Congress was on the verge of not just a split but a complete cross-over of the entire party. A series of circumstances prevented that from happening two days ago but it has exposed Congress and its hypocrisy. Imagine in less than 24 hours, the Congress first sacked its Leader of the Opposition Michael Lobo in the morning, then Lobo attended the CLP meet in the evening saying he was a Congressman, and next morning the party pressed ahead with the petition to disqualify him and Digambar Kamat as MLAs.

In 2017, the GPCC president during the time of the elections went on a ticket distribution spree in a rampant manner so much so that candidate selection was not an organic people-driven process but an acceptance of deals. If the conception of the relationship with an MLA is through negotiation and deal-making of any kind, do you expect loyalties or just clear personal give and take. Where does the party come into this? But who benefits from all this? Clearly the BJP.

A loyalist leader like Luizinho Faleiro who actually got Congress 23 and not 17 MLAs in 2017 was literally trapped in a corner, and the BJP was allowed to form a government. The AICC General Secretary in Charge of Goa, Digvijay Singh owes a serious explanation to Faleiro and Goa as to why he stopped Faleiro from going to stake claim  immediately after the results were out.

And from the first day of the Assembly when Vishwajit Rane quit minutes after taking oath as a Congress MLA, the Congress worked toward making the BJP's hand stronger as its own party has its strength wiped out in the Assembly.

Is it obvious that when the Congress pushed their organisation builder and most experienced senior leader, former Chief Minister, and veteran former minister out of the way, it has no interest in coming back to power or building the organisation. From 2017 to 2022 there has been only lip service done in the name of organisation building.

Before the 2022 elections, the responsible media had communicated to both Rahul Gandhi as well the AICC Observer in Goa P Chidambaram that the organisation should be headed by Faleiro who had performed a miracle by bringing Congress to power till he was deceived at the last moment in 2017. In 2022, with the anti-incumbency mood setting in, it was a foregone conclusion that he would have led Congress to a clear majority.

But this upset the plans of those in Congress who wanted to pay any price to keep Faleiro out of the equation. It is with a heavy and bitter heart that Faleiro left the party knowing that the Goa unit was working overtime to make him irrelevant. With Luizinho gone the Congress could easily function as the B team of the BJP.

Everyone remembers how men of faith attacked Faleiro and made YouTube videos against him and preached that the Luizinho-less Congress should be trusted to take on the BJP.

One well know priest called him a traitor and someone working for his own interests and in a video innocently asked people, to exercise their conscience, making it clear that  Goans should think about voting for an old existing party. The priest’s intentions were well-meaning but he perhaps did not understand Goa’s grass-root politics at all and one can’t blame him.

But one should also see the consequence of these actions today.

Now with its MLAs move to defect and join the BJP put in the open, can one imagine what they would have done if the BJP had fallen short of majority and needed11 Congress MLAs.

Can anyone say confidently Congress MLAs, after the results would immediately move lock stock and barrel to bringing a BJP government to power, with most defectors getting cabinet berths  The July 10 shake up should not surprise anyone. The Tsunami of resignations may still happen at any point of time.

It is perhaps important for wise men and experts who backed the Congress, either openly or secretly, to introspect, if Goa's interests were served by backing elements which could go to any party where their personal interests  of any kind would be served.

Now interestingly last month when there were initial rumours that Congress MLAs were on the verge of resigning, Fr Eremito Rebello appealed to Congress MLAs not to betray their oath and pledge taken in front of the Bambolim Cross and temples. Then after the July 10 tsunami  when the defections were all but done, he repeated that appeal once again. His pleading is genuine and innocent because he isn’t aware of how Congress politics works.

We hope that the Insights of Herald as well as the conduct of Congress MLAs will enlighten him on what the MLAs are up to.

The party is paying the price of dumping loyalists and promoting those who are loyal only to themselves.