The government cannot certify the quality of journalism, only people can

Journalism is a service provided by the media to the people, a pillar of democracy; it cannot be judged by the executive, which too is answerable to the people. Thus, any government awards for excellence in journalism are inappropriate 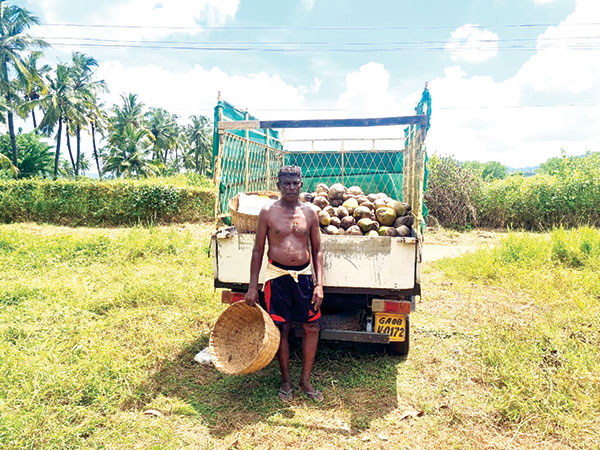 In the recent past, a state government announced awards that it would confer to journalists for rural reporting. It called upon newspapers to nominate reporters who they felt deserved this award and send in recommendations signed by the respective Editors to be considered for an award in the category.

Irrespective of the nature of the award, which could be a recognition, a certification, or a monetary cash prize, the act of a government conferring awards for journalism, based on a merit criterion to be decided by a government or government-chosen panel, is inappropriate on many counts, with all due respect to the government’s intentions.

Firstly, do governments have the locus standi to adjudicate journalistic excellence?

Take rural development stories for instance. If we look at Goa as an example, the stories of despair and destruction that the responsible media has been reporting are emanating from the villages.

For example, the destruction of all cashew trees to build a link road to the Mopa airport, farmers of Ponda taluka rebuilding broken bunds to prevent saline water from coming to their fields with their own funds - but not being compensated, the destruction of fields in Benaulim due to the Western Bypass not being built of stilts, farmers waiting for crop loss compensation due to floods, for two years and counting. Each story is not a story or statistic. These are human stories with souls that are suffering.

Now, let us ask: Will such stories be judged “meritorious” in any government’s eye and we are not, repeat not, talking of parties here? And if these stories, centered around the lives of ordinary Goans and their struggles, are not examples of rural journalism, do government awards have the required merit to be the true judge of quality journalism which holds truth to power?

When is a journalist proud: When people praise and the government criticizes, and not the other way round

Here one’s memory goes back to the path-breaking speech made by the Editor of Indian Express Raj Kamal Jha in 2016. During the concluding speech at the prestigious Ramnath Goenka Awards conferred annually, and known as the Pulitzer prize of Indian journalism, he said, in the presence of the Prime Minister:

“You said some wonderful things about journalists which makes us a little nervous. You may not find it in Wikipedia, but Shri Ramnath Goenka, and it’s a fact and I can say that as the editor of the Indian Express, he did sack a journalist when he heard a CM of a state telling him, ‘Aapka reporter bahot accha kaam kar raha hai’. (Your reporter is doing very good work)

“That’s very, very important, especially at this age, and I turn 50 this year and I can say that when we have a generation of journalists who are growing up in an age of ‘retweets’ and ‘likes’ they do not know that criticism from a government is a badge of honour.

“So just like what they do in smoking scenes in cinema, I think we should have a tape running in mind when we hear praise from a journalist, that criticism from a government is wonderful news for journalism. I think that’s very important.”

It is in this context and taking a leaf out of Jha’s speech that one can say that journalists who are winners of government awards will not get the real accolades and respect that those who are judged and awarded by their peers and the people will. We need to both introspect and ask, can a journalist highly awarded by the government walk into a credible responsible media house without any scrutiny and questions? Let us think.

At the same time, if the journalist is a recipient of any of the Ramnath Goenka awards for excellence in different fields of journalism, it brings her or him into a very hallowed space. It gives the journalist prestige and pedigree. Such a journalist will find the doors of every credible media organisation always open for him or her.

In prime-time India, we have a daily example of a larger-than-life right-wing anchor, editor, and owner who is the supposed blue-eyed samrat (king) of “journalism” for the establishment,  While he is praised and awarded by the government, does he have the stamp of credibility and fairness?

People are our only award-givers. They are the highest. And we are on test to the highest

The responsible media is responsible to the people it serves. And they are on test each morning. And the test results come soon after publication by way of letters, messages, phone calls and emails. And it’s not always praise. There are comments and points of view on stories, sentences, headlines and angles taken, signifying a degree of involvement far more intense and meaningful than the certificate of a government award.

And those who judge us are those who read the paper. And then there are those who may not read but hear narratives of people on issues raised by responsible papers. We have a picture of a padekar on one of the farms in the village of Curtorim, in this report. When a paper reports about his life and struggles and the lack of support for the system, for maintaining a dying art and tradition, he gets moved and sees hope.

Without meaning to belittle any government initiative taken in earnest and with due respect for constitutional positions, a simple heartfelt “thank you” from a coconut pucker, (when all of Goa should actually thank him for what he does) is a stronger and bigger certificate, a bigger badge of honour than all the awards and honours of a government.

Finally, it all boils down to credibility. As Editor Raj Kamal Jha said: “I think the most important point was credibility. We cannot blame the government for that. That is our job, we need to look within.”

And credibility is not an award. It’s a process, it’s a journey and a destination. And when you are doing public service like journalism, people measure your credibility.

As the people map the credibility of the press, the press in turn, is on the sidelines, mapping the credibility of governance. This is why the awards given by media institutions to government at the Centre and the states are respected and coveted by all governments which consider it a prestige to be judged by the media and come out on top.

Above all this, journalism will always be a mission, with a simple tool, the pen, which ultimately produces what is on test each morning, the paper, bringing truth to your doorstep.