This is the People’s Question Hour. And people have questions that matter 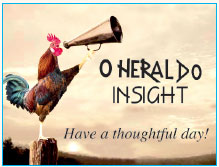 Yet another Assembly session is drawing to a close. Just 10 days but then as we had said, if ten issues for the benefit of Goans were taken each day, this session would have served the people better. It would have been meaningful to those who are indeed grappling with concerns that have enveloped their lives and become a source of their miseries.

Many questions were asked and issues raised but again what matters are those that will affect lives in ways that one cannot imagine. People were looking for a strong united message from the assembly that when it comes to these issues MLAs cutting across party lines.

But there is one question that should be answered honestly. Did the assembly give enough confidence to the people that their pain, on issues that matter, and we will come to that, would be reduced, because of the assertions, discussions, and decisions taken or not in this truncated ten-day session?

Do MLAs think they can go back to the people, especially on issues like the Resolution against three linear projects and coal transportation which couldn’t be passed? Can they explain to people why the “victims” of “developmental projects who have lost their lands, farms, cashew trees, and sources of living do not find a voice in the assembly?

The coal issue seems to be having a hole when it comes to a serious discussion in the House.

Isn’t it both shocking and painful that while MLAs before elections stood by the people and sat on railway tracks to protest against the double tracking of railways which would transport more coal, and spill even more on rail tracks? But now most of the MLAs from South Goa, barring rushing the well of the House, failed to raise the issue to fever pitch both inside and outside the house (within democratic means surely).

The Curtorim MLA Aleixo Reginaldo Lourenco was one MLA who was seen in every protest, agitation, and gathering of all anti-coal groups.  He was the force of anti-coal activism. Why were the tyres of that activism deflated this time?

He did say outside the House, after criticism about his quietness in the House that he was against the linear projects. But it is the House that is the people’s assembly, and you are the people’s representative. A strong view on behalf of the people would be recorded and future generations could look back at Assembly records and say, yes, these MLAs had fought for our future. This means so much more than a press statement the next day.

Those MLAs who are now supporting the BJP, know how devastating the linear projects, especially the double tracking for coal transportation will be. Coal pollution has and will cause serious health issues including early mortality in health compromised people. It’s like putting poison in the food you eat.

The people have often asked politicians who don’t speak out against the expansion of coal transportation projects, whether they will tolerate poison in their food, if they are told to by the political forces they support.

Vijai Sardesai and Altone D’Costa are the two MLAs who, pushed for an Assembly resolution against linear projects surely, but they are MLAs who are compelled to be in the opposition and have no chains or political compulsions stopping them. The real test is when you go against forces you politically support and fight for the people.

The narrative around coal has sadly become one about which party you support or will support; while the issue at hand, where people are suffering, becomes secondary.  Can MLAs afford to go and face the people like this?

Meanwhile, what will MLAs have to say when Goans from across the State and cutting across communities, and caste groups as to why there was not a single voice in the assembly which rose to say that ancestral lands of Goans are being grabbed in a manner in which the issue had gone both viral and national. (After Herald took it up as a pro-people campaign).

One would have expected a Calling attention Motion or a more serious Adjournment motion, with one day devoted only to discussing the scourge of land grabbing, also giving the government opportunity to inform exactly what the Special Investigation Team constituted for the purpose is doing.  The discussions in the House would have enabled the government and the opposition to jointly come up with innovative solutions to prevent the use and development of plots that have been granted. While Herald continues to do its job of reporting every single case that victims of land grab bring, the opposition did not ask why police complaints filed by victims have not been looked at for seven to ten years. And at the first opportunity to wash their hands off it, cases are being literally thrown out of police stations and sent to SIT.

Shouldn’t the opposition have asked which way the SIT is heading and how is it equipped to handle cases of land grab?

These are issues that matter. There are elderly people who have lost their only possession and asset. They have lost the only treasure they could pass to the next generation. They have lost memories of a past they treasured. With each piece of land, a full piece of a family’s history has gone, and yet not a word was spoken in the assembly.

Did the Assembly discuss the burning issue of unemployment among the vast majority of Goans because of which they are either leaving the state or choosing to become a part of a larger team of a local political leader and hang by his coat tails? A discussion on a policy road map to improve skill development, self-employment, manufacturing, etc is what was expected of lawmakers.

What one sees is discussions on piping and gutters. We are not trivializing these issues or saying they are not important but there is a civic forum for this. There are municipal councils and panchayats and Zilla Parishads. When the discussion in the assembly is all about drainage and sewerage, will large policy matters on Health, Education, Employment, Agriculture, Flood relief, Compensation, loss of crops, etc have space?

Can any lawmaker sleep in peace knowing so many Goans are troubled?

And finally, with all due respect to the Presidential Candidate of NDA, Draupadi Murmu, the NDA MLAs of Goa could have arranged to meet her before the session started or after. Was adjourning the house in the afternoon, on one day, even if it was for two hours, the best thing to do when that time could have been used for at least one pro-people discussion?

Ultimately your priorities reflect your intentions.