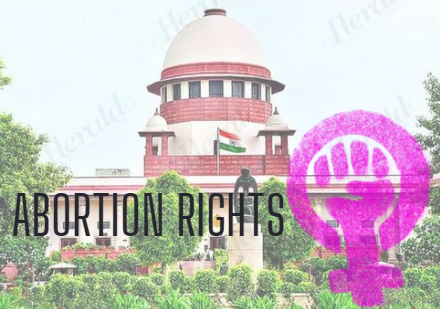 In a landmark judgment, the Supreme Court of India Thursday said that all women irrespective of their marital status are entitled to get a safe and legal abortion.

The Bench led by justice DY Chandrachud and comprising Justices AS Bopanna and JB Paridwala said the distinction between married and unmarried women for the purposes of the Medical Termination of Pregnancy (MTP) Act is artificial and constitutionally unsustainable as it perpetuates that only married women indulge in sexual activities.

While interpreting the MTP Act and the rules to eliminate discrimination between married and unmarried women for allowing abortion till 24 weeks of pregnancy, the Bench noted that provisions in the MTP Act need to be fine-tuned according to the social realities and demands of the time. The Bench noted that the present unamended Act of 1971 only took into consideration married women at the time.

Last month, while allowing a 25-year-old unmarried woman to terminate her pregnancy of 24 weeks, the Supreme Court said that there appeared to be no logical reasoning to allow a married woman to do so under the Medical Termination of Pregnancy [MTP] Act, 1971, and Rules framed under it, but denying the same to unmarried women, even though the risk is same for both.