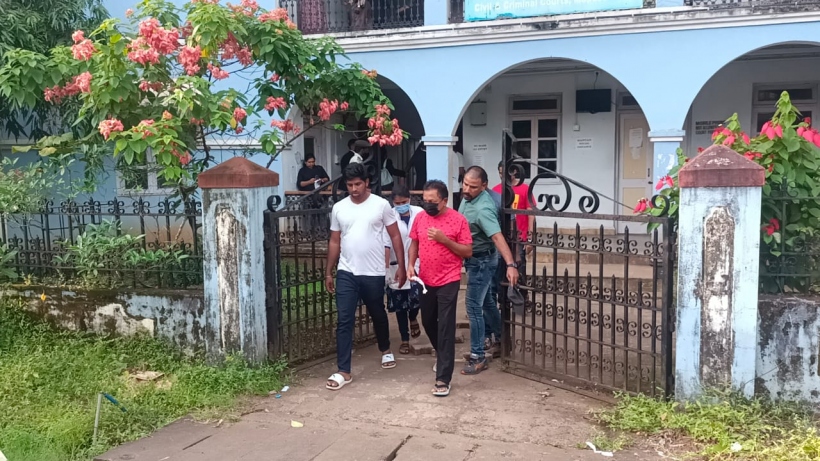 Goa’s Hill Top Night Club owner John Stephen D'Souza(Steve) who was allegedly involved in the Hyderabad narcotics case was brought to Hyderabad from Goa early Friday morning. This news was confirmed to Herald by Hyderabad Commissioner of Police C.V. Anand.   Sources state that he is currently being interrogated by the crack Hyderabad Narcotics Enforcement Wing (H-NEW) narco team of the Hyderabad police. Steve will then be handed over to the Osmania Police Station police soon, where his formal arrest will be shown on Saturday. He will also be produced before the local Court for remand.Steve’s name came up during the interrogation of interstate Goa-based alleged drug Peddler Pritesh Narayan Borkar by the H- NEW and the Osmania University Police Station where he was picked up from Hyderabad with  Ecstasy Pills, LSD Blots and MDMA at Kakatiya Nagar, Habsiguda under Osmania University PS limits, Hyderabad. Steve was, according to the H-New investigation report named as one of the persons from whom Borkar and his accomplice Manzoor Ahmed picked up bulk drugs.
Meanwhile, the Goa police will move an application to cancel the bail of Edwin Nunes who used to run the Curlies restaurant, in the Sonali Phogat murder case. Nunes, police say has violated the bail conditions by making himself unavailable, since he is also named in the Hyderabad NDPS case along with Steve but has not cooperated with the narco cops of Hyderabad who want to arrest him. Vikas Naik @ Vicky, Ramesh Chowhan, Edwin Nunis, and Sanja Gowekar sold the drugs to Pritesh Borkar and Manzoor Ahmed from Goa, according to the H-NEW sleuths.
Related news