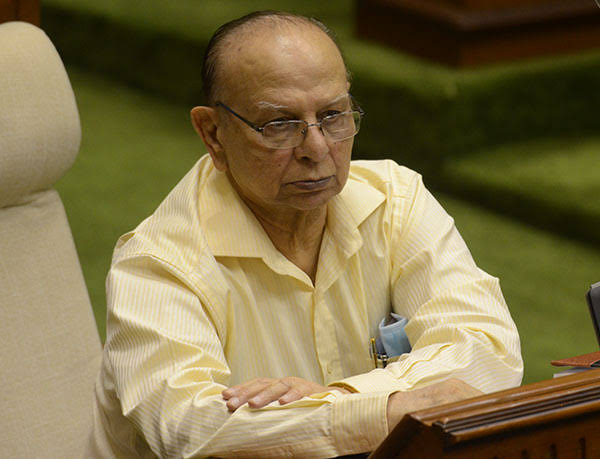 PANJIM: Ahead of the hearing into a Public Interest Litigation challenging cabinet status to ex-Chief Minister Pratapsingh Rane, the Congress veteran has submitted a reply affidavit leaving it to the wisdom of the judiciary to decide the legality of Goa government's notification according him Lifetime Cabinet Rank.

The 83-year-old emphasised that he had not asked for any such honour or privilege from the government and that it was bestowed upon him by the State in its own discretion and wisdom.

Rane has urged the High Court to decide the legality of the Lifetime cabinet status and that he will accept whatever decision the Court takes with all humility.

Rane had decided in December 2021 to not contest the 2022 Assembly Polls in view of his advanced age. While his decision to retire from active politics was published in the newspapers, he said he will however continue to do social work in whatever capacity he can to serve the people of Goa.

Pratapsingh Rane in his affidavit submitted to the High Court has further stated that the suggestion that his decision not to stand for elections held this year was induced by the Lifetime cabinet status notification issued on January 7 was completely false and was a disservice to him and to the many years of public service that he has put into the State of Goa.

So also his meeting in September 2021 with Devendra Fadnavis was nothing more than a courtesy call, he said.

A Division Bench of the High Court comprising of Justice M S Sonak and Justice R N Laddha will on Wednesday continue hearing the petition filed by Adv. Aires Rodrigues challenging the constitutional validity of the notification by government.