Meeting of Comunidades unanimously opposes proposed amendments to the Code 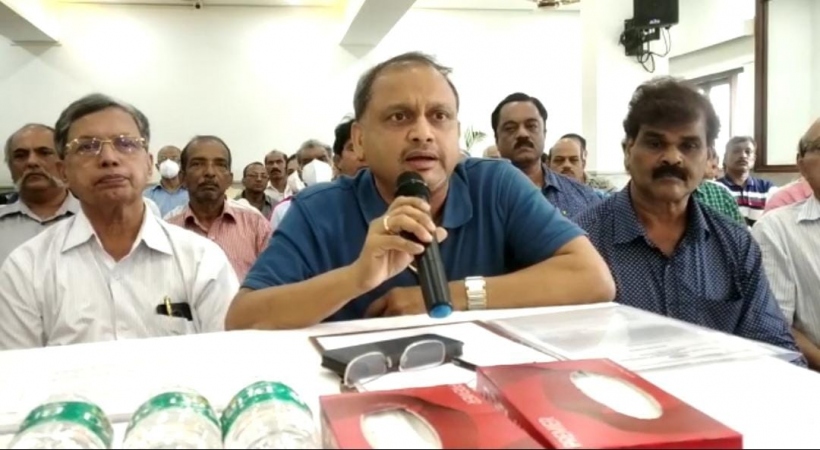 Mapusa: Comunidades in Goa, their Associations/Forums and components have strongly objected to certain proposals that are being moved by the Government to amend the Code of Comunidades.

The decision was taken during a meeting held at Mapusa on Thursday in presence of representatives of various Comunidades in Goa.

During the meet, it was pointed how Government has bought out proposed changes without waiting for the recommendation of the commission while these amendments are detrimental to the functioning of the Comunidades.

It was pointed that some of the proposed amendments are pragmatic and reformist and the Government is attempting to insert some regressive provisions such as extending the cut-off date for regularization of encroachments and enabling acquisition of Comunidade land without ganvkari consent.

The committee has unanimously resolved that sufficient time has to be provided to give a proper feedback since seven days time to give suggestions is insufficient.

Further all the changes/modifications in the Code must be carried out in accordance with Article 652 of the Code only and not by any Legislative Act. An Amendment to the Code of Comunidades is usually done, at a convention of the Comunidades that has not been held in recent years. This proposed amendments, are thus bad in law, and sets a wrong precedent. “The land which is protected by our ancestors from thousands of years needs to be protected. But the government has come up with amendment without following the guidelines under article 652 which clearly states that we have to have convention and then make amendments so let us oblige and respect the article 652 and unitedly work and protect the land”, Vincy Viegas said.

“There is administrator, managing committee and rules for the communidade but today the government is saying that government will decide and does not require Committees. It is time to unite and preserve the heritage and respect it and for that we need to follow the rules which are mentioned in the code. I also urge the chief minister and revenue minister requesting not to take up this amendment in the monsoon session and let us take time and unitedly call for convention and according to code, hold discussion and with mutual understanding have the amendment and not by enforcing it within 7 days”, Vincy Viegas said.

Further the managing committees were of a opinion, that no amendment to the Code can take place, if it diminishes the Gauncars' rights of ownership of the village land and assets. We find that these proposed amendments, especially insertion of new article 334-c and 334-D, significantly diminish these rights. The Government is not the owner of the land, nor is it interested in upholding these institutions or, the communidade interests. The Gauncars decisions reigns supreme, and these amendments seek to overrule that”, Tulio DeSouza said.