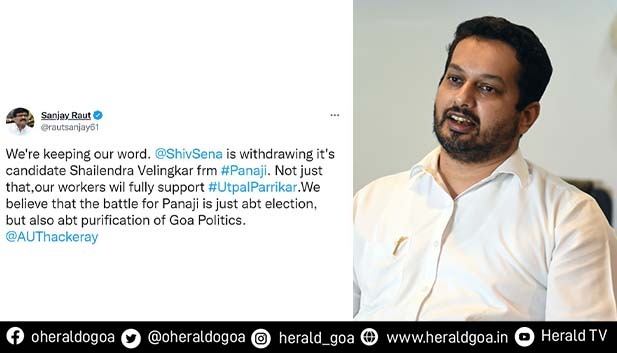 Panjim: Shiv Sena MP Sanjay Raut has tweeted that the party is withdrawing its candidate Shailendra Velingkar from contesting in Panaji in favour of late Manohar Parrikar’s son Utpal.He also called on all other parties to support Utpal.

Utpal is contesting from Panaji as an independent after BJP denied him a ticket and instead offered it to sitting MLA Atanasio Monserrate, who crossed over from the Congress.

"We are keeping our promise. We believe that the battle for Panaji isnt just about election, but also about purification of Goa Politics" Raut said.