Tourist taxi drivers are on strike these days protesting for the removal of GoaMiles, claiming the app-based taxis are eating into their profits. TEAM HERALD goes beyond the taxi stands and routes tracing how the taxi drivers have been fleecing the travellers by charging them extra by even manipulating the kms from the airport to different destinations when Goa’s geographical boundaries have remained the same 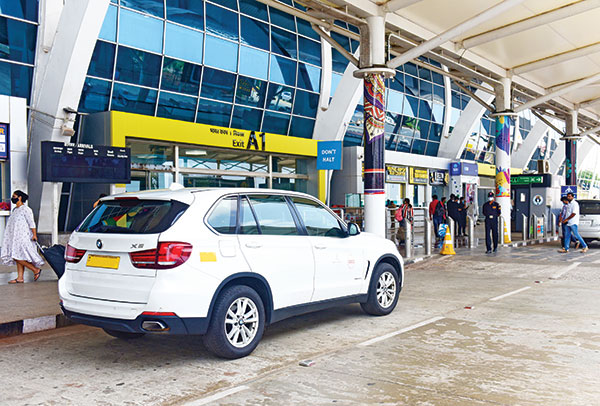 If not for their arrogance, the taxi drivers are also “famous” for allegedly manipulating the kilometres and fares. Unfortunately, the authorities turn a blind eye while the ignorant travellers end up paying more than what the taxi drivers deserve.

A research by industry veteran Mousinho Reis reveals on how the kms from one destination to another has increased within a span of five years, while ironically Goa’s geographical boundaries have remained the same. For example, the distance from Dabolim airport to Panjim is 32 kms as per the Fare Chart 2011, which is revised to 34 kms from the same pick and drop points in 2016.

Similarly, fare charts to crucial tourist points are also exaggerated; thus cheating travellers. The Transport Department fare chart is just not taken seriously by the taxi operators, who continue to demand monopoly over the business.

In a chart shared by Reis, the distance on display from Dabolim airport to Sinquerim beach is shown as 50 kms whereas Google details show just 36 kms. The distance is inflated by 14 kms which means a passenger ends up paying Rs 345 extra than the ‘legal fare’ of Rs 1008. “The passengers pay for extra kms shown by the taxi drivers,” he said. Similarly, the additional kms created over the years also go unnoticed.

These instances prompts urgency in implementing digital meters to which, the taxi association justify that that entire association cannot be blamed for misdeeds by a handful. “If one or two have done so, it doesn’t mean all of the 20,000-odd taxi drivers are guilty. Our reputation is being unfairly tarnished,” taxi union leader Laxman ‘Bappa’ Korgaonkar said.

He also stated that they have already told the government to upload the fixed rates on the website for transparency in the business.