Goa is the only State amongst 11 coastal States which is yet to kick- start the process to prepare the Coastal Zone Management Plan (CZMP) based on 2019 Coastal Regulation Zone (CRZ) notification. While almost all other coastal States have set the ball rolling, Goa has not even finalised the agency for preparing the plan. SHWETA KAMAT delves into whether the State government will be able to meet the target of preparing the 2019 plan by December this year or will once again miss the deadline 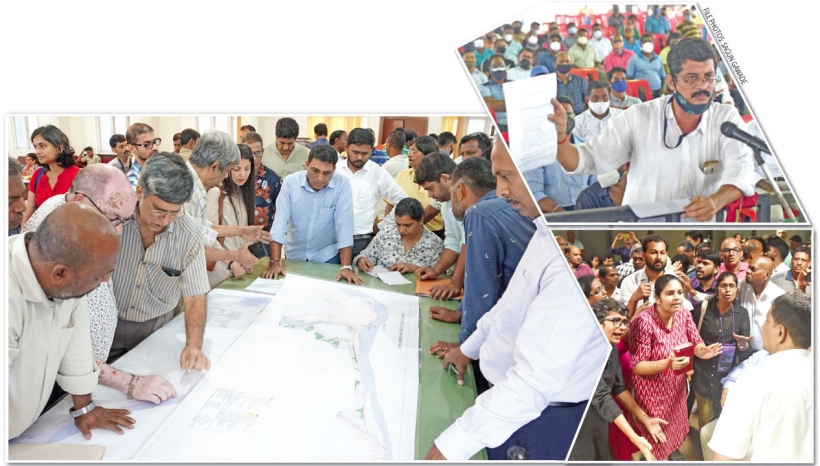 The Coastal Zone Management Plan (CZMP) 2011 for Goa which had stoked major controversy in the coastal State with criticism coming in from locals, environmentalists, NGOs and political parties on September 6, has finally got notified.

It took close to five years for the State government to prepare the plan through Chennai based National Centre for Sustainable Coastal Management (NCSCM) - an agency approved by the Centre - and get it approved and notified from the Union Ministry for Environment, Forest and Climate Change (MoEF&CC).

The CZMP is prepared based on Coastal Regulation Zone (CRZ) notification 2011. Ever since the work of preparing CZMP was handed over to NCSCM in 2016, discontent was brewing over a number of issues, including demarcation of port limit, illegal structures, non zoning of houses, fishing zones, high tide lines, duration to respond to draft plan, restrictions during public hearing and the list goes on…

Interestingly, till this plan was notified, Goa was the only State among the 11 coastal States whose CZMP 2011 was not approved and who had not commenced work to draft 2019 plan yet.

The CRZ notification 2011 declared that the coastal stretches of the country and its territorial waters, excluding Andaman and Nicobar and Lakshadweep islands, as Coastal Regulation Zone (CRZ) and restricted the setting up and expansion of any industry, operations or processes and manufacture or handling or storage or disposal of hazardous substances there. However, it wanted to secure the livelihood of the fishing communities and other local communities in the coastal areas.

As such, the respective state governments and Union Territories were directed to prepare CZMP by identifying and classifying the CRZ areas.

The Goa State Environment department handed over the responsibility of preparing the CZMP to the NCSCM in 2016.

Goa missed on all the four deadlines granted by the National Green Tribunal (NGT) since 2018, to finalise its CZMP.

“We note that there is breach of mandate of finalising CZMP as per CRZ Regulations, 2011, for the last 10 years, causing failure to regulate the matters as per law, to the detriment of environment. Having regard to the long delay which has already taken place, we see no justification for granting the extension further,” the tribunal said in their last order passed in October 2021.

An application was first filed before the NGT in 2015 stating that there was rampant degradation of coastal areas in the country in absence of effective regulation. In 2017, the NGT asked the Union environment ministry to file an affidavit as to why CZMP for different states has not been finalised. The tribunal had also issued notices to 13 coastal defaulting states and UTs.

In the first, a deadline of April 30, 2018, was set for the different states to complete their plans; the time was since then extended by the NGT thrice.

NGT had in November, 2019; ‘in a last resort’ extension had granted Goa till January 31, 2020. NCSCM was directed to complete the exercise within three months and submit the final draft after a public hearing to Ministry of Environment, Forest and Climate Change (MoEF&CC) by April 30, 2020, while the Ministry was directed to issue the final notification on the plan by May 31, 2020.

In view of COVID-19 imposed lockdown and curfew, NGT extended the deadline till January 31, 2021 in final ultimatum. The deadline was extended by another three months and later till December 31. However, Tribunal said that if Goa fails to meet the new deadline, as a penalty, the State Environment Secretary, will not be paid salary from January 2022 till the time the default continues.

in the draft CZMP

Though, the process to draft kick started in 2016, the major controversy surrounding the plan started to take shape from 2018, wherein the environmentalists, local bodies, ruling as well as the opposition parties begun to voiced their opposition to the draft CZMP report.

The contention of the people is that the plan should have been discussed at the panchayat level. Activists had alleged that 254 maps that were to cover the state but certain villages and municipal areas have been missing from the maps.

Local villagers were protesting because their houses, bundhs, fishing zones, churches, heritage houses, temples and other structures were missing from the draft plan while several illegal structures were accurately added.

There have been cases where sand dunes, mangroves are not shown in CRZ areas either. Also, numerous objections and suggestions were received from the general public raising apprehensions that the Port Authority proposed to be constituted under Major Port Authorities Bill may acquire their land shown within port limits.

The first and foremost objection that Goan people have is the fact that the CZMP which is to directly affect their lives and livelihoods, is being formulated by a Chennai based agency, who has no ground knowledge about Goa ,rather than inviting inputs from local bodies which have more in-depth knowledge of these things.

The State received letters from around 100 village panchayats and about 169 representations from NGOs and civil society groups, private individuals, etc regarding scrapping of the draft CZMP prepared by NCSCM.

When a presentation on the draft plan was made to the then elected MLAs and government in 2019, they also expressed that there are errors in the preparation of the draft CZMP, 2011 by NCSCM, especially regarding demarcation of the high tide line beyond sluice gate in khazan land.

Accordingly, the government cancelled the public hearing scheduled on July 7, 2019 and sought village-wise inputs for incorporation in the plan.

Following inputs from villages, a public hearing on the draft plan was scheduled in March 2021, which was marred in controversy. Hearings were held to seek objections and suggestions to the draft plan by which errors in the map can be corrected.

The public hearing was held at two venues – one in North Goa and one in the South – on March 7.  The number of participants was capped at 100 on account of the pandemic and each speaker was given only five minutes to speak. The last-minute change in the venue in North Goa led to major chaos outside the venue- Kala Academy, where police had to literally blow off the participants.

The Goa Foundation moved the NGT against the alleged deficiencies in the conduct of public hearings. The NGT then directed the State to hold fresh hearing and the date was decided as July 8, 2021.

The hearing was held in both the districts simultaneously. In North it was in Panjim and Margao for the South. The hearing went well into midnight as only one single day was allotted to hear so many different speakers and representatives. More than 7,000 odd suggestion and objections were received to the plan.

Final preparation of the plan & approval

As requested by the State government, the NCZMA agreed Goa’s three demands- removal of the depiction of port limits, notification of CZMP plan on 1:4,000 scale, and removal of structures, except government identified, from the plan- thus clearing hurdles on its way of approving the plan.

Corrections were undertaken with regards to buffer zone for mangroves in khazan lands, identification of sand dunes, fishing ward, HTL and hazardous lines, bunds and sluice gates, houses, etc. The final plan was sent to NCZMA for approval in August.