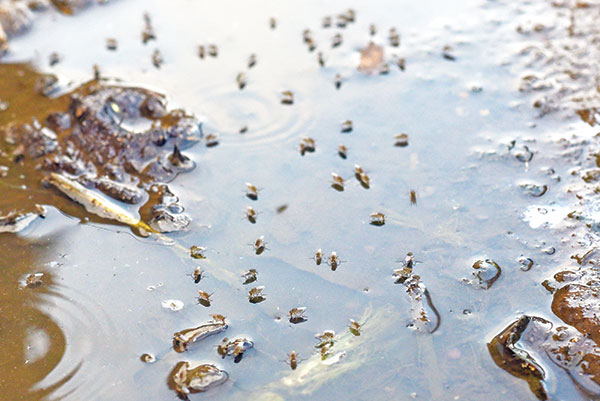 With the monsoon settling in at full scale in the State, there is increase in number of dengue cases in the capital city.

Last year as many as 355 suspected dengue cases were reported with no death and during the first seven months of this year, 164 suspected cases have been reported, informed National Vector Borne Disease Control Programme (NVBDCP) health officer Dr Kalpana Mahatme.

The main areas affected by the dengue outburst are Panjim and Chimbel. In Panjim, the areas of major concern are St Inez, Mala and Ribandar. Last year Campal, Miramar and Caranzalem were the hotspots and extra care was taken this year such as source reduction and undertaking weekly fogging. House-to-house checks are often conducted in these areas for fever and symptoms.

The health authorities have deputed teams to destroy breeding grounds and accumulated water in discarded buckets and coconut shells etc. Normally the prevention measures are started in the months of April-May but this year due to the second wave of Corona virus, the health workers were unable to go out and do field work, But now the health workers have been deployed to spread adequate awareness and undertake measures that are necessary.