With the general panchayat elections in Goa slated for August 10, the focus is on the need for more devolution of powers to the Village panchayats so as to realise the dream of Father of the Nation Mahatma Gandhi and the makers of our Constitution. VITHALDAS HEGDE finds out what is preventing political leadership from empowering village panchayats as envisaged? 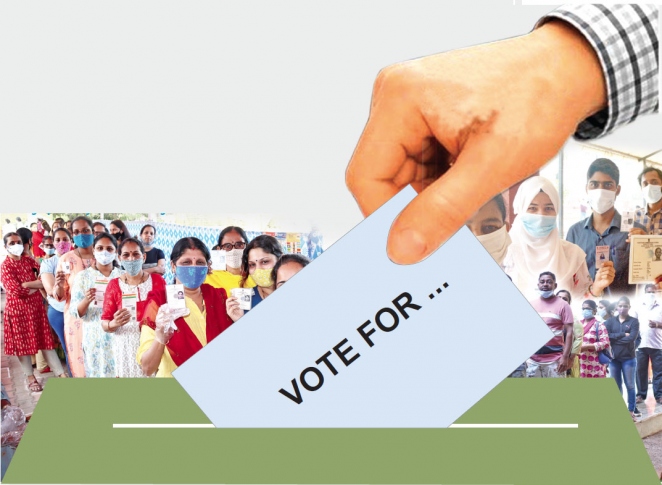 The general panchayat elections in the tiny State of Goa slated for August 10 is heating-up and anxious MLAs and other political leaders have fielded and backed candidates. They have floated panels and are working overtime to ensure victory of their candidates even as panchayat elections are not fought on party lines.

It’s now just a matter of days when the voters, who are the very power and foundation of this grassroots democracy (Panchayati Raj institutions) will decide the fate of the winners from among so many candidates in the fray.

‘Panchayati Raj’ establishes true democracy at the grassroots level. No doubt, in Goa our village panchayat bodies are vibrant and there is active participation of villagers during Gram Sabha meetings, but surely the functioning of Panchayati Raj institutions in Goa have their shortcomings.

We have seen how if the local MLA or a Minister is not satisfied and finds that the elected sarpanch is not toeing his line of command, then a no-confidence motion is forced upon him and the sarpanch is ousted.

It is common knowledge that people view Panchayati Raj institutions as extended arms of political parties, especially of the ruling party in the State.

After the Panchayati Raj Act was formulated, most of the States devolved all powers to local self bodies except Goa. The moot question is if village panchayats are empowered by granting all 29 subjects then nothing will remain with the Goa government.

The 73rd and 74th Constitutional Amendments were passed by Parliament in December 1992. Through these amendments local self-governance was introduced in rural India.

Article 243G of the Constitution of India empowers the Legislature of a State to make provisions, by law, for the devolution of power and responsibilities upon panchayat. The State Legislatures are to consider the 29 subjects illustratively set out in the Eleventh Schedule for devolution to the village panchayats. The performance of the every village panchayat depends on the extent of powers and resources devolved to them.

A Committee was constituted under the chairmanship of NITI Aayog Vice Chairman for restructuring of Rashtriya Gram Swaraj Abhiyan (RGSA) to address the challenges faced by the rural local bodies and increased fund flow to Village panchayats.

Based on the recommendations of the Committee, a revamped centrally sponsored Scheme of RGSA was prepared for strengthening of Panchayati Raj Institutions for the period 2018-2019 to 2021-2022.

The let-down however of the 73rd Amendment is that various governance functions such as education, health, sanitation, electricity and water was not mandated and instead the amendment listed the functions that could be transferred, and left it to the State Legislature to actually devolve functions. The State authorities never devolved these functions and rather have carried out these functions by themselves.

As a result some village panchayats are so starved for funds that they are often unable to meet even salaries of their staff and solely depend on grants-in-aid by the State government. They cannot take on projects to solve even the most basic local governance needs and without functions and finances, the village panchayats continue to remain primitive bodies.

“Ours was one of the richest village panchayats in the past as we used to collect Octroi tax from two petroleum outlets situated in the jurisdiction of the village. We used the funds for various development works in the village and hardly depended on the government grants. But with the State government abolishing Octroi tax, the revenue of the Village panchayat was hit,” he said.

Loliencar rued over the MLAs controlling the working of the Village panchayats. “I was Sarpanch for eight years till I relinquished the office. But today the Sarpanch’s post is decided by the concerned MLA. It’s like a contract as the post is occupied by panchayat members belonging to the majority group. It’s a pity that MLA known everything except legislations.”

Loliencar said that given the small size of the State, there is need to reconstitute taluka-level Block Advisory Committees (BACs). Also at the time of drafting the Panchayati Raj Act, there was a proposal to elect sarpanchas directly from among the villagers for full five years. But it was changed in the State and the earlier system of electing sarpanchas from among the elected panchayat members was retained.

“I was one of the members of third State Finance Commission headed by former IAS officer V K Jha, constituted in 2017. But we were not provided required infrastructure till our tenure completed,” Mahambre said.

Mahambre further said that in 2013 the Central Finance Commission stated that all States must give funds to local self bodies on the condition that they constitute Village Development Committees, prepare development plans and get it approved by the Block Development Officers (BDOs).

Mhambre said that barring weaker village panchayats, the financial position of most of the panchayats is quite good and there is scope for improving their finances. The panchayats should increase their taxes so that the matching grants by the government will also go up.

“Similar to how the Centre sends Rs 50 lakh to every Village panchayat per year, why can’t the State government allocate up to Rs 10 crore annually to each village panchayat and give them complete autonomy on how they want to spend the money under various subjects of the 11th Schedule?”, he questioned.

Claiming that the State government has no respect for the local bodies and local self-governance, he compared the attitude of the government towards panchayats to a parent giving pocket money to a child.

Sardesai criticised the government for trying to dilute the powers of the Village panchayats and gram sabhas instead of giving them the responsibility, autonomy and powers to develop their villages.

Panchayats Minister Mauvin Godinho said, “Since the BJP government has come to power, there has been lot of devolution of powers to Village panchayats. Lot of funds are also released to these local bodies. Whatever more needs to be done, the government is seized of the matter and will do what is necessary.”