Goa has recently approved the long-awaited Entertainment City project in Dhargal, Pernem with the Investment Promotion Board clearing the Rs 1778 crore venture in the northern taluka in Goa. The project is expected to generate 4573 jobs when completed. VIKANT SAHAY has the details 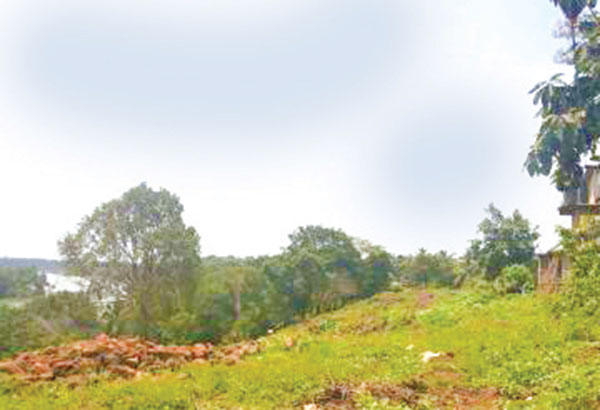 The Investment Promotion Board (IPB) has recently cleared Rs 1778 crore Entertainment City project which will be orchestrated by the Delta Corp Limited in the hospitality sector. Based at Dhargal, Pernem in Goa, the project will have a potential of generating nearly 4573 jobs.  The decision for the venture was approved by the Goa Cabinet meeting held recently.

The project proposal received from Delta Corp Ltd was placed before the IPB in its 25th meeting which was held on October 28, 2020. The Board after deliberations, decided to grant in principle approval on September 1, 2021 for the project for setting up of an integrated resort development consisting of three hotels, convention centre, multiplex cinema, retail area, electronic casino, water-park, banquet facilities and children entertainment area at Dhargal. 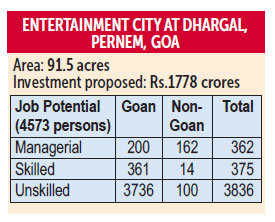 Further, on December 11, 2020, Water Resources Department (WRD), had submitted their comments wherein it is stated that the list of project survey numbers of Dhargali village were verified and found that the same fall in the command area of right bank main canal of Tillari Irrigation Project and hence cannot be considered. Hence, Goa IPB decided to seek further clarification from WRD and on the 26th Board meeting discussed and decided that the Board deliberated on the matter and decided to place the matter before the Chairman for a decision after obtaining clarifications from all departments concerned. The pending matters were also discussed during the meeting held on June 23, 2021 between Goa IPB, investor and WRD officials in presence of satellite consultants, ENY.

Vide letter dated July 9, 2021, office of the WRD, informed Delta Corp Ltd, that the approximate cost of shifting and realigning the water courses, field channels and syphons works to be nearly Rs 90 lakhs. Delta Corp Ltd has deposited Rs 94,18,400 with the office of WRD Chief Engineer at Porvorim. Partial modification in principle, the total project is now put at 3,82,099 square metres instead of 3,71,500 square metres.

Delta Corp Ltd intends to execute the project by itself and through various subsidiaries being special purpose vehicles (SPVs) incorporated for this purpose. Each such subsidiary of Delta Corp would own and handle various different aspects of integrated resort development including the hotels, convention centre multiplex cinema, retail area, electronic casino, water-park and restrictions on share-holding.

The share-holding pattern is promoter and chairman of Delta Corp Jaydev Mody and family at 32.77 per cent and Public at 66.23 per cent.