Can Goans afford to have ‘family fiefdoms’ dominating the politics of this tiny State? Will not dynastic politics cause the destruction of democracy? Can we allow politics of family raj to become a lucrative business of loot and let loot under the garb of the winnability factor? VITHALDAS HEGDE analyses how these family raj members make false promises before elections and ‘amass wealth’ for themselves with impunity once elections are over 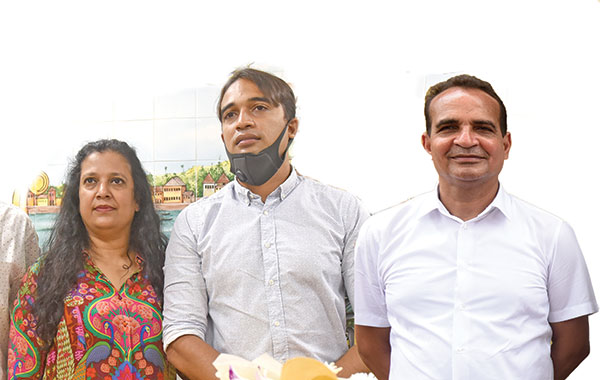 Assembly elections in Goa are becoming increasingly dynastic with political parties promoting family raj. We are all aware how our politicians to win the number games are playing devious games by fielding their immediate family members due to their financial clout making mockery of law out of lust for power.

Whether it is the Bharatiya Janata Party (BJP), Congress or any other national or regional party, the fact is that without any exceptions each of them are ready to field a combination of such husband-wife, father-son family raj members who on the strength of money and the power to purchase votes are declaring themselves as ‘winning candidates.’

It is said that we get the government we deserve, but nevertheless some questions need some answers: Goa is having only two Lok Sabha seats and 40-Member Legislative Assembly. When Goa attainted Statehood in May 1987 and became the country’s 25th State, some groups had made a demand for 60-Member Assembly. However, Parliament enacted the Constitution (Fifth-Sixth Amendment) Act in 1987, making Legislative Assembly of Goa of 40 Members.

Can we afford to have ‘family fiefdoms’ dominating the politics of this tiny State? Will not dynastic politics cause the destruction of democracy? Can we allow politics of family raj to become a lucrative business of loot and let loot under the garb of the winnability factor? We have seen how these family Raj members make false promises before elections and thereafter ‘amass wealth’ for themselves with impunity once elections are over.

‘Family Raj representatives’ with almost no qualifications, no retirement age, and no credibility keep jumping from one party to another to serve their selfish objectives and corruption has eaten into the vitals of the political body. Such families are not interested in helping and alleviating the hardships, sufferings, and problems faced by the people. The electorate have come to realise that they can no longer believe and trust the family raj representatives. The people are beginning to see through their games and will not be fooled or swayed the results of 2012 Assembly polls are scrutinised, when four members of Alemao family had to eat a humble pie.

The issue of family raj was first raked by the Bharatiya Janata Party (BJP), whose members were preaching against the Nehru-Gandhi model of family raj. But the irony is that the BJP themselves have fallen a prey to the dynastic politics.

Take the instance of Goa BJP. Revenue Minister Jennifer and Atanasio ‘Babush’ Monserrate are at present MLAs of Taleigao and Panjim constituencies respectively. Their elder son Rohit has become Mayor of Corporation of City of Panaji (CCP) and rumours are flying high that this family may be given three seats by the BJP in the ensuing Assembly polls. There are indications that Babush Monserrate may contest from Santa Cruz while his son Rohit will be fielded in Panjim and wife Jennifer from home turf Taleigao. However, Babush Monserrate has denied such rumours stating that he will recontest from Panjim.

Now there are reports that at least five family members are seen demanding BJP tickets. Besides Monserrates, Deputy Chief Minister Chandrakant ‘Babu’ Kavalekar and his wife Savitri and Science and Technology Minister Michael Lobo and his wife Delilah have already expressed their desire to contest elections. There are also speculations that Health Minister Vishwajit Rane is also trying to field his wife Divya and Sidhesh Naik, son of Union Minister Shripad Naik, too is vying for party ticket.

BJP State president Sadanand Shet Tanavade has already made it clear that the party will not give four-five tickets to members of any one family to contest the 2022 Assembly elections. He is on record stating that the process of short-listing party candidates will start only after poll dates are announced by the Election Commission of India (ECI), New Delhi.

In 2012 Assembly elections the four members of Alemao family   Churchill, his daughter Valanka, Joaquim and his son Yuri were defeated. The electorate favoured Dhavalikar brothers, who also became Cabinet Ministers in the BJP-MGP alliance.

In 2007 elections when the Congress declared that it will not allot tickets to more than one person from the same family, Pratapsingh Rane contested on Congress symbol and his son Vishwajit contested as an independent candidate and got elected. Vishwajit was inducted in the then Kamat-led Ministry and three years he resigned as an independent MLA and as Cabinet Minister and later contested by-election as Congress nominee and won.

Congress which faced drubbing in 2012 for promoting family raj has now taken a cautious stand. Says Congress Goa president Girish president, “We are not encouraging family raj because Goans don’t like it. Our mission is just respect the sentiments of the people.”

Today only the people’s power can dare the family raj establishment by defeating them and a total change of mindset is necessary. To make Goa strong and united it is necessary to wage a purposeful war to fight this family raj and vote with guts. It is not going to be easy because such family raj members will fight back to preserve their citadels but a start has to be made in this direction. It has happened in the 2012 Assembly polls when the whole Alemao family lost elections and this can be replicated in all constituencies where family raj members enter the fray.

With many leaders demanding tickets for their kin, the top brass leaders of political parties are likely to find it difficult to handle this issue as elections date nears.