The location of the latest round of people’s protests moves to North Goa, with locals and activists irked at the reported felling of 200 odd trees including a 400-year-old banyan tree. While the high end housing company has clarified the banyan tree won’t be touched, they face a clear trust deficit from the people. Oishorjyo, a local resident and writer, sent us this ground report 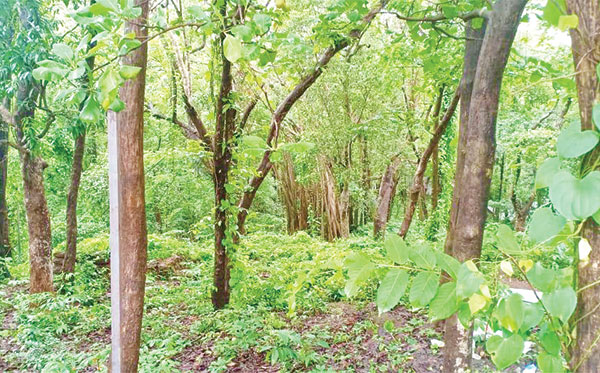 Last year in September after Goa opened its borders removing all restrictions on the free movement of people, the real estate market in the state has seen a significant boom. Fuelled by the mobility of the work-from-home lifestyle, a large number of erstwhile city-dwelling, upper-class folks chose to move to the beach-state, to realise their living and working from Goa dreams.

Property rates inevitably went up, as did the construction of new properties, to meet the incoming demand. Several locales around North Goa   Assagao, Vagator, Siolim   have been highly sought after, consequently also pushing up rental rates by at least 5-7% as reported by the Print, in November 2020.

This real estate boom, however, has also, become the cause of the clash between developers and residents in many parts of the State. At about 9 am, on Thursday, January 28, close to 60-70 residents of Assagao, and other areas gathered outside the St. Cajetan Church along the Assagao-Anjuna road, to protest a new construction in the area which is chopping down a considerable number of trees in a privately owned land to make way for a new villa complex by Vianaar.

According to reports from residents the protests sparked on Wednesday afternoon, when residents of the area discovered a 400-year-old banyan tree being chopped off. Many of the disgruntled residents reached out to express their disappointment with the way the property was chopping down trees, which as many pointed out, was at clear odds with their advertising, which claimed to centre projects around concepts of “sustainability” and “eco-consciousness”. 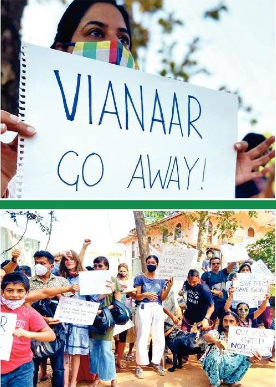 With increasing pressure from the locals, Vianaar whose website states “Vianaar creates beautiful, sustainable homes in Goa to reconnect you with nature” released a statement that stated “The 400-year-old Banyan tree on one of our properties still stands strong and will continue to do so, as we understand its importance and significance, its historic value and the undeniable fact that the tree has seen more than we ever could. The tree has been trimmed to accommodate the buildings around it, however there has been no uprooting or damage to the tree in any manner.”

However, many of the protestors and citizen activists who gained access to the floor plans have a different take. According to Pia Krishen, a local resident who was present at the site, alongside architect Paul Rodrigues who studied the floor plans “if the schedule plan is to be followed, there are villas planned for the whole of the property, leaving no space for the tree whatsoever. Moreover, the roots of the tree take up more than half the area of the property, so unless they are planning to change the whole design of the villas the tree would have to go.” 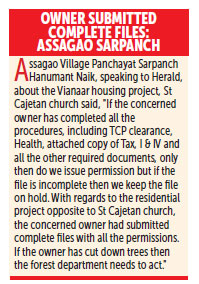 Meanwhile, the protestors claim that more than 200 trees have been chopped off while permission was given for only 49 trees. Avertino Miranda, founder of Goa Green Brigade, further states that “the builders have also removed the roots of the trees they’ve cut. According to the law, even after you cut the trees, you have to keep the roots to allow for an official count and inspection.” 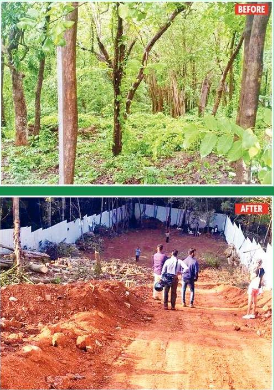 Presently Goa Green Brigade along with the citizens have filed an inspection report with the Forest Department, that highlights several other such bypassing of the laws for the construction in question – the construction site has a gradient of over 30%, which by law is not impermissible to be built upon. In this particular case, the slope is being levelled by dumping mud in the area, consequently also changing the natural topography of the land.”

Like many of these luxury properties that have mushroomed all over North Goa, the permissions for this construction were also obtained during the lockdown.