GOA TURNING INTO A SEX HUB? 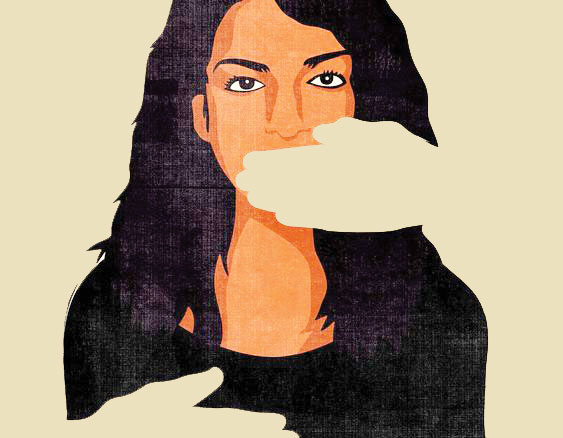 The alarming number of women and children being trafficked for commercial sexual activity is craving for the establishment of a Special Court under Section 22 A of ITPA for speedy trial of offences, and severe punishment to the traffickers, which is lacking in Goa. There is an urgent need to formulate laws related to cross massages at massage parlours. Unfortunately, tourism in Goa has also created a demand for sex trade and caused trafficking of persons for commercial sexual exploitation.

A statistical analysis of 2014 to 2019 about the trafficking of women and children for commercial sexual exploitation (CSE) in Goa by ARZ (anyay rahit zindagi) has stressed that there are still areas which require intervention of the government, which include coordination between agencies in Goa and source State and country, setting up of a special court under Immoral Traffic Prevention Act (ITPA), 1956 for speedy trial, amendment in the legislations to address gaps in the handling cases relating to online commercial sexual activities.

A report by ARZ stated that Goa is one of the major tourist destinations for both national and international tourists. In the year 2018, 80,15,400 tourists arrived in Goa, which included 70,81,559 domestic and 93,841 foreign tourists. Tourism has been a major source of income for the local population. Unfortunately, tourism has also created a demand for sex trade and caused trafficking of persons for commercial sexual exploitation.

Report indicates that 30 girls have been rescued and the charge sheet filed is 95.2 per cent. Shocking conviction rate is zero and two of the accused have been acquitted by the court.

Goa is one of the major destinations in India for trafficking related to commercial sexual activities. During the period 2014 to 2019, girls and women were trafficked to Goa from 24 States of India, including Goa. Foreign countries from which women are trafficked include Nepal and Bangladesh, as well as Uzbekistan, Kyrgyzstan, Turkmenistan, Turkey, Russia and Thailand. However, there has been a reduction in the last five years, in trafficking of girls and women to Goa from Nepal, but there has been a substantial increase in trafficking from Bangladesh.

A majority of girls and women come to Goa after informing their family members that they are going to Goa for a holiday with friends. Some of them make excuses for events, catering and dancing assignments to travel to Goa. Majority of them felt that in Goa, food, money, clients, transportation was better compared to other parts of India.

The commercial sexual activities dominate in the coastal belt of North Goa, with maximum rescues by the police being conducted in the Calangute police station jurisdiction, followed by Anjuna police station. During this period it was also found that commercial sexual activities were not limited to North Goa coastal belt, but have spread to Bicholim, Verna, Vasco, Margao, Ponda, which are not tourist hubs.

Online advertisement has increased the reach of pimps to customers. It has also created anonymity for the pimps and clients. A majority of the clients are domestic tourists. The main form of commercial sexual activity is hotel and lodge-based, followed by massage parlours and flats/bungalows.

The report also indicates that a majority of the women rescued in Goa were found to be major in age, ranging from 21 to 35 years. Most of them were victims of domestic violence; they were either separated from their husbands or divorced. The women are trafficked to Goa on a contract of 10 days to 1 month and after the contract they are sent back. The traffickers regularly rotate the women that are sent to Goa. Shockingly the victim is usually paid 10 to 25 per cent of the money received from the clients. Due to an increase in online commercial sexual activities, the traffickers have become faceless.

During the period 2014 to 2019, 400 girls and women were rescued from commercial seal exploitation by police in Goa; 84 per cent of these rescued victims were from India, while 16 per cent were foreign nationals.

To enable the law enforcement agencies, policy makers and service providers to design intervention, policy and schemes, to prevent, protect and rehabilitate, information based on empirical data is analysed and presented of Maharashtra, West Bengal, Delhi and Bangladesh.

SERVICES IN GOA TO COMBAT HUMAN TRAFFICKING FOR CSE RESCUE

The Goa police have set up an Integrated Anti Human Trafficking Unit (IAHTU) for handling offences related to trafficking of persons in Goa. Various NGOs working with women and children in Goa have been providing assistance to police during rescue and volunteering as witnesses.

The government under Section 21 of Immoral Traffic (Prevention) Act, 1956 has set up a protective home for providing safe shelter and rehabilitation to the adult victims rescued from commercial sexual exploitation.

The Goa government has formulated and notified 'Prabhat' a scheme for the rehabilitation of the victims of commercial and exploitation in Goa. The government in 2003 formulated the Goa Children's Act.

There is a need for the establishment of a Court under Section 22 A of TTTA for speedy trial of offences under ITPA. At present, it takes on an average 4 years for the trial to begin, and by then the victim is not available for deposition as most of the rescued victims are from outside the country. There is no fear of punishment and the same people are found to be engaged in the CSE activity after their release from custody establishment of a special court will improve the conviction rate, which will act as a deterrent for the offenders.

Goa is one of the major destination States for trafficking for CSE, where victims are trafficked from different States of India and foreign countries and there exists an organised network of trafficking spreading to different parts of India and foreign countries. To combat human trafficking in Goa it is of utmost importance that Goa has full time/dedicated police officials posted at the IAITU (Integrated Anti Human Trafficking Unit), who are involved in collecting information, building information networks, surveillance, rescue of victims, coordinating with their counterparts in other states and countries, and etc.

There is an urgent need to formulate laws related to cross massages at the massage parlours.

At present the law is unclear and thus cannot be implemented. It therefore does not act as a deterrent and many massage parlours in Goa have become centres for commercial sexual activities.

As per the Rule 15 A (f) of The Goa Public Health Act and Rules, each massage parlour requires "male masseurs for massage of male and female masseurs for massage of females". Absence of proper and clear law, works as a hurdle for police to initiate any action against the owner of massage parlours. The police can only act when it is established the girls are being used for CSE. A proper law with stringent punishment with regard to cross massage can prevent abuse and exploitation of the girls for CSE and help police to take action when the girls are employed for cross massage.

A large number of girls have been rescued from bars and disco clubs in Goa for commercial sexual activities. In many of these bars it has been found that the girls (both Indian and foreigners) have been recruited to dance with the customers as well as solicit customers for CSE activities. There is no law in Goa which regulars dancing in bars and clubs in Goa.

WOMEN IN PROSTITUTION TO BE RESCUED and NOT ARRESTED

In the recent past there have been cases wherein the women and girls in prostitution have been arrested under Section 8 of ITTA in different parts of Goa by the Goa police for soliciting in public place.

ACTION AGAINST THE PLACE USED FOR COMMERCIAL SEXUAL ACTIVITIES

To curb commercial sexual activities in Goa it is utmost important that action needs to be taken by the police, sub-divisional magistrate. panchayat, licensing authorities, RTO etc against the hotel, lodge, flats, parlours, shops, vehicle, etc. used for commercial sexual activities, by sealing the establishment, withdrawing the NOC and/or cancelling the trade licence.