GOING DOWN THE DRAIN

While the State’s sewerage coverage is only at measly 17%, crores of rupees have been spent and are still being spent on infrastructure for sewerage treatment plants (STPS) and sewer lines across Goa. Moreover, only 21.07 mld of the 78.555 mld capacity of STPs in Goa are being utilized, which is less than 30%. KARSTEN MIRANDA takes a look at problems faced by the authorities and the public and what is being done to address these issues 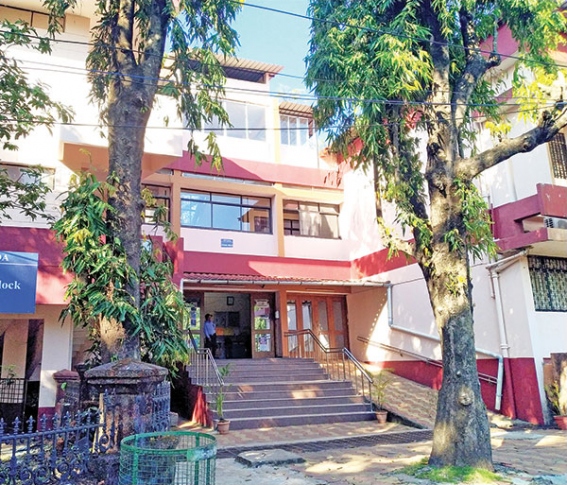 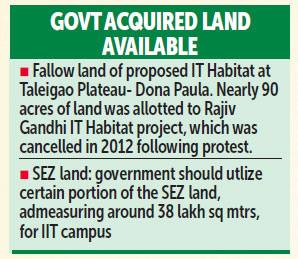 Ever since an IIT was allotted to Goa by the Central government in 2015, the successive BJP-led State government is finding it tough to sync its decision with the views of the villagers. Despite making two attempts (rather three), the  project failed to take shape owing to the mounting opposition from the residents of the Loliem-Polem villages in Canacona, Shel-Melauli locals of Sattari taluka and now Sanguem and Cotarli villages in Sanguem taluka.

Between 2015-2016, six new IITs were proposed to be established in Tirupati, Palakkad, Dharwad, Bhilai, Goa and Jammu through the Institutes of Technology (Amendment) Bill, 2016, to provide more opportunities to students who aspire to join the country’s premier engineering institutes. While the other five IITs have either already shifted to their permanent campuses or are in the process, IIT-Goa continues to share the campus with a state-run engineering college.

The delay has not only affected the day-to-day functioning of the institution but also created uncertainty among faculty members and students, as they fail to avail benefits of various schemes and new courses.

IIT Goa started functioning from July, 2016 in a temporary campus housed at GCE. With 150 seats on offer, the Institute offers BTech, MTech and PhD courses in various core and one non-core branches majoring in Electrical Engineering, Computer Science and Engineering, Mechanical Engineering and Mathematics and Computing. 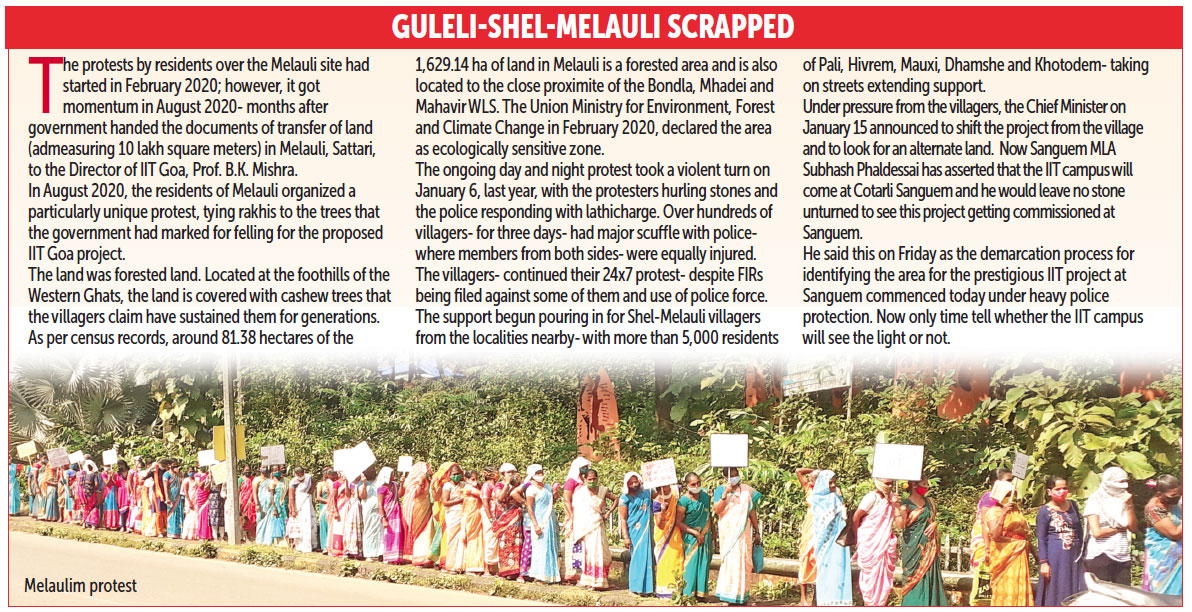 Around 10 lakh sq mtrs of land is needed to set up the IIT campus. What is interesting here is that every land that the government has identified is either cultivable land or belonging to the farmers.

The Narendra Modi led government, in a cabinet decision in December 2015, granted approval for setting up of six new IITs in the States of Goa, Andhra Pradesh, Chhatisgarh, Jammu and Kashmir, Kerala and Karnataka. The total cost for running these IITs was Rs 1,411.80 crore and would have been incurred between 2015-16 and 2018-19.

However, while the first batch of IIT- engineers graduated in 2019-20, with commencement of the academic year in 2016, the Government has failed to get a permanent campus for the Country’s one of the highest institute.

The saga of the Goa government’s search for land to house the permanent campus dates back to 2015-16, when a site in Dhargal-Pernem was first selected by the then Chief Minister Laxmikant Parsekar. Being a education Minister then and a principal by profession, Parsekar preferred to have the topmost institute in his own constituency. However, since some land portion belonged to the private individuals- who were not keen to allot the land, the Union Ministry for Education rejected the site proposal.

The State government then chose a new site at Loliem in Canacona that got a nod from the Union Ministry. Unfortunately, opposition by the local residents, citing ecological concern- forced the government to drop the site in 2017.

Then, a third site was selected in Cotali-Sanguem in 2017-18. But here in Sanguem, the land was never handed over to IIT, even as there was no opposition from any corner. The idea behind not going ahead with Sanguem site, is a mystery or rather politically motivated which stood exposed last year, with then MLA Prasad Gaonkar revealing some facts. Interestingly, the BJP led government is now back to acquire the same land, which is facing mass opposition.

In August 2019, a new site was chosen in Guleli- Shel-Melauli in Sattari. In May 2020, a land measuring 10 lakh sq mtrs was handed over to IIT Goa. However, following mounting protests, the government was forced to scrap the project in the taluka, last year.

The Ministry of Human Resources Development (MHRD)- now called the Union Ministry for Education- rejected Goa government’s proposal to locate the full-fledged IIT at Dhargal, Pernem on ground that the land was ‘insufficient’. The MHRD requirement was for 400 acres of land.

The MHRD asked the government to either look out for additional property within 5 km radius from the proposed site at Dhargal, or locate another land that meets the requirement.

The site identified, also had ownership of some private individuals, which MHRD, did not approve for.

Nearly 5000 villagers gathered at the Bhagwati Moll plateau in September, 2016, opposing the government's idea to construct IIT Campus at the site - which even MHRD granted nod for. Nearly 318 acres of land was identified and earmarked for the institute.

The villagers say that the plateau is “ecologically critical’ and their generations of men and animals have hunted, grazed at the site. Further, the plateau feeds four streams that flow to the nearby Loliem river, spawning a lush ecology of arecanut and coconut plantations- the livelihood of several families.

The plateau also houses a temple of ‘Betal God’, where annual festivities are held every alternate year.

More so, the Bhagwati Moll plateau has government reserve forests on one side, which, in turn, adjoin the Cotigao wildlife sanctuary. On three sides of the plateau lie 14 populated wards of the village.

The villager had a massive signature campaign- signed by over 10,000 people from Loliem-Polem and nearby villages-against the project. Numerous representations were made to the Government authorities warning that the villagers won’t let a single stone be demarcated for the project.

As the government failed to convince the villagers, the then Chief Minister late Manohar Parrikar, soon after resuming charge in 2017- decided to call off the plan. In June 2017, Parrikar announced scrapping the project at Canacona.

Cortali-Sanguem dropped in 2019 and now back

In 2017-18, Former Sanguem Independent MLA Prasad Gaonkar had identified around 10 lakh sq mtr of government owned land in Cortali village in his constituency. The proposal, backed by Curchorem MLA Nilesh Cabral- was welcomed by then CM Parrikar.

Parrikar’s sudden illness in February 2018 left the proposal in cold storage. With deteriorating health condition, Parrikar suffering from pancreatic ailment, failed to take any call with respect to the site.

With Dr Pramod Sawant at helm of affairs, his cabinet in August 2019 decided to shift the IIT project from Sanguem to Guleli-Shel-Melauli in Sattari.

With Shel-Melauli villagers opposing the project- Sangeum MLA once again requested the government to shift back the project to his constituency. However, the Government was in no mood.

This in fact led to a political war erupting between the Chief Minister and the MLA; wherein the former accused the legislator of being involved in “land deals” to push for the IIT project. CM also accused MLA of failing to hand over the land to the government.

The allegation led to the BJP-led coalition government losing the support of one Independent MLA.

However, with Subhash Faldesai getting elected from the constituency in 2022, he made a fresh move to get IIT back to Sanguem at the same place, where it was earlier rejected. This time, the government agreed to acquire only 7.50 lakh sq mtrs of land.

This has now led to fresh protests by the farmers, who own paddy fields and plantations in Cotarli village. They have vowed to ‘fight unto death’ to retain possession of their agricultural lands.