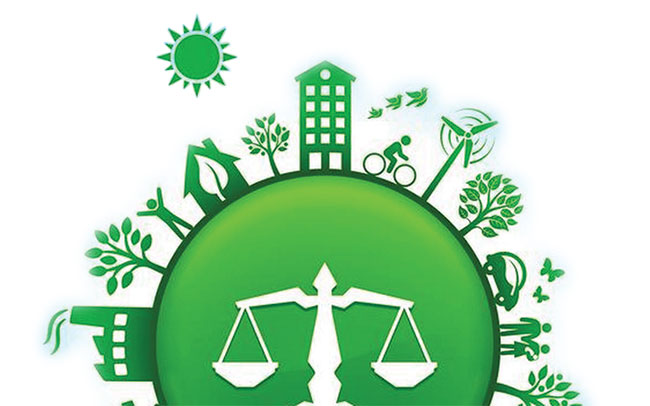 EIA or Environmental Impact Assessment Policy is becoming an emergent agenda of the Central Government, which despite the pandemic, has decided to release the draft on such a sensitive issue.

The matter warrants extensive public discussions and opinions from experts in the field and needs to be studied and debated before implementing the same. The hasty processing of a very sensitive matter that will affect the environment and the lives of present and future generations will result in a national blunder.

We cannot allow the corporate powers who are dominating the Government policies to destroy our very living spaces along with the plant, animal and human life.

Environmental pollution, a world impact issue, cannot be marginalised to entertain the demands of a few high and mighty, nor can it be diluted in the name of ‘economic development’. Our planet is already facing a serious climate and environmental crisis due to the rampant and uncontrolled destruction of nature.

Lakhs of people are being displaced, losing their households and habitats, standing crops get destroyed and fertile agricultural lands are being laid to waste causing serious food shortages leading to hunger, malnutrition, disease and deaths, especially in third world countries.

Our cities are filled with smog and un-breathable air and entire populations are affected with respiratory diseases. Water pollution by industrial effluents, waste piles and the lot are destroying the sources of potable drinking water.

The rate at which, such water bodies are being polluted and made toxic, is leading us to water shortages; and in the very near future, we could see wars waged over rivers and other sources of potable drinking water.

The new EIA, if implemented in its proposed form, will see every nook and corner of India sitting on a Bhopal model catastrophe waiting to erupt in form of air, water, land or other avenues of pollution and death.

Any policy matters that impact the lives and livelihoods of the general population, demands that the Government assigns top priority to the views and objections of the local people; and not simply rely on studies done by agencies that mostly ignore the local feedbacks and inputs, regarding the viability or non-viability of the project with regards to the native scenario.

The veracity of such studies is always doubtful and mostly influenced by the political and money power of the interested stakeholders.

While currently, any environmentally sensitive projects require an approval before starting any venture from the respective environment authorities be it the panchayat, district, state or national, the new draft EIA is disabling this preliminary control, which enables for the public as well as Government agencies to exercise control over blatant violation of environmental norms.

The new EIA will empower these units with a clear go ahead without any fear of public protests or Government control.  The Environmental Control Agencies with stringent norms were put in place with a very huge responsibility and purpose of protecting life and nature following catastrophes like the ‘Bhopal gas tragedy’ etc.

However, the new EIA aims at total relaxation of all these control mechanisms that were put in place with a purpose.

Instead of becoming more stringent in ensuring that developmental projects take place with equal onus on being environmentally safe inclusive of measures to reduce the unavoidable and adverse impacts on the environment, the new EIA proposes to give more freedom to the corporates, whose profit oriented expansions will continuously violate every rule in the book.

Further on, the corporates will have the freedom to decide their own ‘Environmental Policies and Liabilities’ and how to spend the funds, if at all any are kept aside for the purpose. In case of any mishaps, these polluting units will have the right to decide on the dispensation of compensations etc.

Limited liability to provide information in the public domain of such projects and considering them as beyond the purview of RTI is also anticipated.

Highly polluting industries like chemicals, cement, petroleum, mining etc will get a leeway and most of the preserved areas like forest reserves, Adivasi lands etc, will be openly exploited without control along with unbridled exploitation of river & sea resources be it for fishing, off-shore mining or energy generation. No environmental permission will be required to start any constructions/projects even in a large area encompassing 35 hectares or one and a half lakh square kilometres!

Similarly, excavations and mining activities can be conducted without environmental approval even in an area as small as 5 acres! Highways, which are less than 70 metres in breadth need no environmental approvals henceforth and the absurdity of this proposal is that almost all highways in our country are having around 60 metre width.

A truly environment-friendly EIA policy should ensure that there is no violation of our right to live in a better environment and that Mother Nature is not trampled upon by industrial giants with money power and political backing.

Punishments for violations should become more stringent and any non-adherence at any stage of the project should warrant immediate closure. Instead, it is quite evident that the introduction of the watered down new EIA, in this pandemic has the ulterior motive of getting it approved without much opposition. The reluctance of the Government to introduce the draft in all regional languages is just another case of suppression of information from citizens who will be finally bearing the brunt of the relaxed EIA regime where human life and environmental sustenance takes a backseat.

We Goans have always lived by nature, protecting and being protected in return. Our rivers and the sea surrounding the beautiful land of Goa fill us with bounty and beauty bringing tourists from around the world and we cannot agree to anything that will harm this beautiful gift of nature.

I urge the State Government to veto the hurried processing of such a sensitive matter, which concerns our very survival and demand for national debates in the public forum and that too only after the subsidence of the present pandemic that restricts opinions, genuine protests and valid views of the people of India.

Credit: (The writer is a MLA)