Goa is high on what’s known as LPCD… that’s ‘Litre per capita per day’ with its figures of 90 much higher than the national norm of 40 LPCD in villages. However, the State is low when it comes to per capita fresh water availability. The Chief Minister recently claimed that Goa is the first State in the country to provide 100% tap water connections in rural areas. Against that backdrop, SHWETA KAMAT takes an in-depth look at the system in place, keeping in mind Goa’s landscape & rivers and the problematic areas that need to be plugged. TEAM HERALD also takes a closer look at the ground reality in rural areas to assess if the government claims are true and find out that that there are still persisting issues of shortage in water supply, including places where there are no connections; while the unattended fresh water sources are drying up 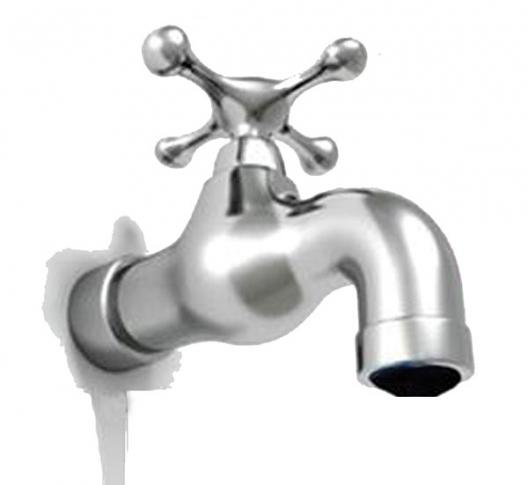 Last week, Goa achieved the feat of being the first State in the country to provide 100 per cent tap water connections in rural areas; but the ground reality varies though. As per government records, at present, the average supply level in villages is 90 litre per capita per day (LPCD) as against 40 LPCD as per the norms of Government of India for rural areas; whereas for urban it stands at 140 LPCD.

At the same time, Government itself admits that “Goa has one of the lowest per capita fresh water availability”- and there are different reasons for it.

Despite the fact that there’s has been copious annual rainfall, rivers have very low flow for the non-monsoon months resulting in scarcity of drinking water for the period especially in the months of April to start of June. Moreover, the narrow width of the State, steep slopes of the Western Ghats, porous sub-stratum, non-uniform distribution of rainfall over time and space cause temporal imbalances of water availability in the State.

Further, non-revenue water – ie, the water that has been produced and ‘lost’ before it reaches the consumers either by way of leakage or theft or metering inaccuracies- that accounts for almost for almost 15 per cent to 20 per cent- is also one of the reasons for a shortage in potable water supply.

“We provide more than 200 LPCD water across Goa, as against the minimum requirement of 135 LPCD as per Central Public Works Department (CPED) norms,” Executive Engineer Nuruthi Parsekar told HERALD.

Parsekar added that the action plan is made to increase the supply level of the villages from 90 to 100 LPCD.

To alleviate water shortage faced, especially during the summer season, the State Government had drafted Goa Water Policy 2015-which is yet to see the flow of action.

The 2015 policy, drafted in lines with the National Water Policy- was supposed to focus on sustainable development, utility and future water requirements of the State up to 2050 for its domestic, industrial and irrigation needs. The policy was drafted by the State Water Resources Department (WRD).

However, five years down the line- while the Centre has initiated  a fresh process to draft yet another Water Policy- Goa’s policy continues to be on paper.

“Priority should be given for providing potable water to all the citizens of the State, within easy reach of each household,” the policy stated.

The Policy priority was also to determine the Ecological needs of the river through proper and scientific study and whenever any development is envisaged, a portion of the river flows should be earmarked as e-flows for sustaining the ecological needs.

“The availability of water is limited, but the demand of water increases rapidly due to growing population, rapid urbanization, rapid industrialization and economic development. In the last two year, due to surplus rains, the reservoirs were full of water. However, there was imbalance in the supply,” a senior official at WRD said. 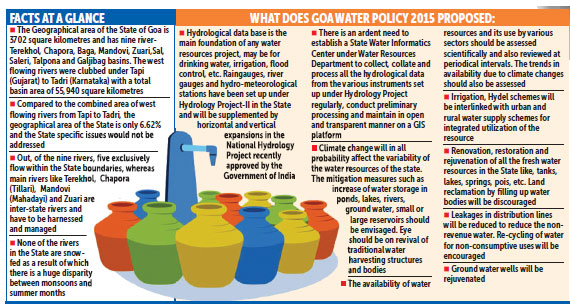 To strengthen water testing facilities, the State is in the process of getting 14 water quality testing laboratories accredited by the National Accreditation Board for Testing and Calibration Laboratories (NABL).