Is demonetisation a real demon for the black money lenders?

Five years ago demonetisation of Rs 500 and Rs 1000 was undertaken by a surprise national broadcast by Prime Minister Narendra Modi on November 8, 2016. There were three main economic objectives of demonetisation, (a) fighting black money (b) fake notes and (c) creating a cashless economy by pushing digital transactions. Did demonetisation achieve those targets five years hence? VIKANT SAHAY tries to find from several leading businessmen and industry captains in Goa what they think about this exercise 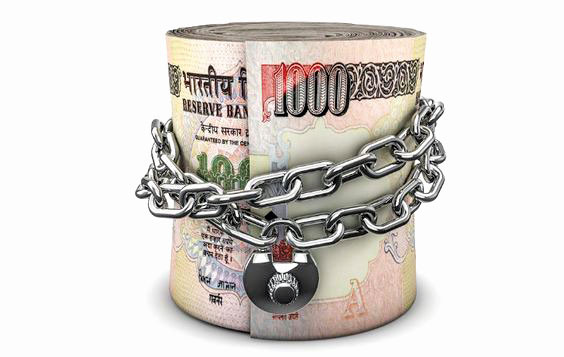 Five years ago Prime Minister Narendra, had on November 8, 2016, announced in a national broadcast at 8 pm that the Rs 500 and Rs 1000 banknotes will be demonetised from midnight, which barely gave four hours for anyone to react as the banks were closed for the day.

The announcement was aimed at flushing out money hidden from the taxman, known as black money which then was 86 per cent of the currency in circulation becoming invalid by midnight. Expectedly, mayhem had followed. The move, known as demonetisation, caused a lot of hardship for large swathes of people who were forced to form serpentine queues before banks to exchange notes and even before ATMs to withdraw cash. Several small businesses that were dependent on cash took hard knocks.

Taking to Twitter last year in 2020, on the occasion of the fourth anniversary of demonetisation, Prime Minister Narendra Modi had tweeted, “Demonetisation has helped reduce black money, increase tax compliance and formalisation and given a boost to transparency.” He also said that demonetisation helped in the progress of the country.

As far as online transaction and Unified Payments Interface (UPI) is concerned, India registered $100 billion in a month for the first time in October this year, according to data from the National Payments Corporation of India (NPCI), further cementing its position as India’s most popular digital payments system. A whopping 4.2 billion UPI transactions amounting to Rs 7.71 lakh crore (about $103 billion) were registered in the month, marking a record high on both counts for the five-year-old payments channel.

In September this year, UPI had registered 3.6 billion transactions worth Rs 6.5 lakh crore. This means that the number of transactions jumped 15 per cent and the value of transactions rose 18.5 per cent in October. The number and value of UPI transactions have more than doubled since this time last year. The sharp rise in October is largely on the back of increased demand for online shopping amid the festive season sales and the so called fatigue of pandemic which had forced people down from doing any activity.

Also, other modes of digital payments recorded a sharp rise in October this year. Immediate Payments Service (IMPS) also touched an all-time high both in terms of number and value of transactions. It clocked 430.67 million transactions worth Rs 3.70 trillion in the month.

Herald approached a real estate leading businessman in Goa and, on condition of anonymity, candidly said that none of the so called objectives set during imposition of demonetisation has been fulfilled. “Neither has cash disappeared nor the black money has gone anywhere rather it has only gone up, probably due to people wanting to avoid high GST and other taxes especially in Realty, nor fake currency gone has just check out reports how much fake currency is caught every other day, and least said about a cashless economy is better, with the poor net coverage and slow speeds of the Internet even in areas where there is coverage it is impossible to make everyone switch to online payments, first improve the infrastructure then only will the usage become prevalent,” he said.

He further added that in real estate the GST Council have put 18 per cent GST on brokerage. This has led to brokers being paid in cash to avoid the tax even if the broker is willing to take a hit and absorb the tax the clients avoid, and when they agree the broker suffers a 20 per cent loss in his income. “Very rarely do people agree to pay the brokerage plus GST, people like us who insist on brokerage plus GST suffer the most as people then go to others who are more pliable, so we have lost a lot of business and then get forced to sometimes accept their terms especially when foisted at the last moment and take cash as we have to also survive,” he said.

Former CREDAI Chairman in Goa Dr Jagannath Desh Prabhudesai, however, had a different view. He said, “Out of these three objectives, the first two which are fighting black money and fake currency are the policy decision of the government. As far as online transactions are concerned people have now realised and they are doing online transaction in the real estate sector. Now the transaction is more fair and transparent and the major motive of the government was to streamline the money or cash transaction which has gradually taken up and it is happening now.”

Blaise Costabir, a well-know businessman of Goa, believes that they say hind sight is 2020 vision. “I was one of those who fully supported the demonetisation. However, in hindsight it was a huge mistake. The gains in any are negligible but the pains are heart wrenching. Yes, definitely cashless is on the rise. Kirana stores and newspaper boys take digital payments. However, some government departments are not accepting digital payments which could have made life a lot easier. On fake currency, unfortunately reports suggest almost 99 per cent cash was returned. Given that one heard so many stories of housewives had cash stashed well beyond the best before date. This means that fake currency was returned. And today 2000s are out because they have been cloned.”

Blaise Costabir called demonetisation a flop. “The whole concept was poorly planned and execution was even worse. Till today after five years no one knows the cost of this exercise. Who paid the interest for money returned? The old notes were with banks for days on end. There were numerous stories of those caught trying to change old currency notes illegally, but nothing happened to them. All in all, I feel it was a failure the quantum cannot be calculated as there is no data coming out from Government side,” he added.

Ralph De Sousa, President of Goa Chamber of Commerce and Industry recalls that five years ago, the Government of India had taken a bold decision of demonetising bank notes with the objectives of curbing black money and creating a cashless economy. “The impact was that post demonetisation, the number of Income Tax return filers and the tax collections have seen a significant increase. Secondly, the recent Direct Tax ‘Vivad se Vishwas’ settlement scheme also involves sizable tax collections during the DeMo financial years. Thirdly, COVID-19 may have compelled us to adopt digital modes of payment to avoid physical exchange of money. However, it was the demonetisation period which had acted as a catalyst for many Indians to adopt digital payment platforms such as UPI and RuPay enabled cards. In fact, the total value of transactions using UPI has surpassed $100 billion for the month of October 2021,” said Ralph De Souza.

He further added that five years on, the means to the end do remain a question. “The pandemic and the economic slowdown have also thrown a spanner in the works, and it is difficult to analyse what could have been. We trust that with the short term costs subsiding, the formalisation and digitisation of the economy will help to put India back on the growth path,” said the President of the GCCI.

Chairman of the Confederation of Indian Industry (CII), Goa Chapter Atul Jadhav claims that on all three accounts demonetisation was a success. “People take government seriously, which means that if Prime Minister Modi says he wants to address the nation people get tense and worried. One can feel the absence of black money. Fake notes have disappeared. Obviously this has hurt our neighbouring countries and the terrorist activities. People have moved on to digital transactions. We have learnt to make payments by digital means of the businesses and personal needs. Smallest of the small businessmen have learnt to make or receive digital payments,” said Atul Jadhav.

Sandip Bhandare a noted Chartered Accountant of Goa defined that the government's objectives of demonetisation consisting of achieving cashless economy, reducing fake notes and curbing black money are still a work in progress.

“On the aspect of cashless economy, digital payments have shown a meteoric rise. This is also on account of tax legislation disallowing tax reliefs to cash payments above permissible limits. However, the cash in circulation has not at all got reduced. After an initial dip immediately in the aftermath of DeMo, the cash in circulation has shown almost a 150 per cent rise. Many economists are crediting this increase to the injected money flow to tackle the pandemic as well as to the rise in GDP,” said Sandip Bhandare.

He went on to add that fake note reduction has been a mixed bag with the two thousand rupee fake notes showing a substantial decrease but the five hundred rupee fake notes showing a substantial increase. “The effect on black money is a bit more difficult to measure. While the tax raids have revealed huge cash stashed, the increase in GST collection is a clear and visible sign of more money being brought on board,” said Sandip Bhandare.

He further clarified that, “The government's intent to reduce black money is clear. With the various steps that are taken such as the Black Money Act, the Benami Property Law, 360 degree profiling of the assesses, enabling sharing of information with inter department as well as International tax jurisdictions, the question of curbing black money remains that of 'When' rather than 'If'.”

Another noted Chartered Accountant of Goa Parimal Kulkarni has followed GST from the very inception. He believes that demonetisation was and is the most important step for India to move away from cash mentality of the society. GST implementation too has benefitted from demonetisation steps. “Government has shown the way but to follow it will be for the citizens of the country. Every reform will have its loopholes which also happened in this case. Unfortunately, cash in politics still badly influences elections. However, the growth of electronic payments (especially by the younger generations) is an indicator of the success of demonetisation. Follow up actions are required from RBI and banks to work towards incentivising public towards digital payments including security of online digital transactions and discouraging cash transactions,” said Parimal Kulkarni to Herald.