Lack of common burial grounds continues to be grave issue

Thirteen long years have passed since the Goa Law Commission had recommended the establishment of common burial grounds across the State, particularly to cater to those who do not practise any religion or faith. Fast-forward to the present times, especially last year when the death toll piled up during the deadly Covid-19 pandemic, and one finds that little has been done by the government and allied bodies to give every human being the basic right of a final resting place. Vithaldas Hegde reports 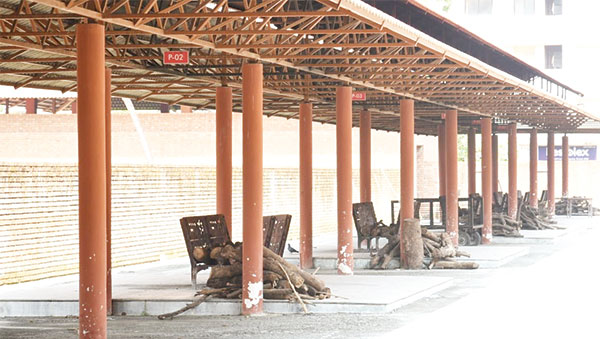 The need for common burial grounds in the state for all people, irrespective of religion or faith, was probably never felt more intensely than during the Covid-19 pandemic, when a steadily escalating death toll led to several religious burial sites filling up almost entirely. Yet, no lessons seem to have been learnt by the State administration as precious little has been done on this front.

The issue, incidentally, is not a new one. Way back in 2009, the Goa Law Commission, in a report submitted to the government, had recommended that the Goa Public Crematoria and Burial Places Bill be introduced in the Assembly. It had said that crematoria and burial places established under the Act should be available for cremation and/or burial to deceased people of all religions, caste, creed, sex, domicile, or nationality.

Five years later, in May 2014, a doctor from Sanguem, Anthony Rodrigues, approached the Goa Human Rights Commission (GHRC) seeking directions to local self-governing bodies across the state to provide common burial grounds for people who do not profess any faith. 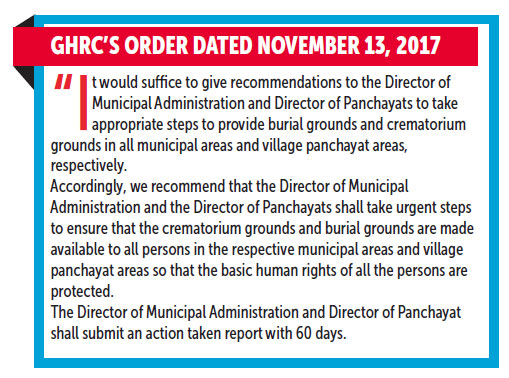 In his complaint, Rodrigues had stated that the State is obliged by law, both under its powers as a welfare state and to protect the rights of such persons in its extended meaning under Article 21 of the Constitution, for disposal of a body by way of a decent and dignified cremation or burial in accordance with the religion beliefs the man kept or professed.

Rodrigues’ complaint was disposed of by the GHRC in November 2017 with a direction to all the local self-governing bodies in the State to submit ‘action taken’ reports on common burial grounds in their areas. It had also directed that an inquiry report, along with ‘action taken’ reports be published in the Official Gazette in accordance with provisions of the Protection of Human Rights Act, 1993.

Sadly, not much has been done in this regard since. A case in point is the State’s commercial capital of Margao.

In its ‘action taken’ report, the Margao Municipal Council had stated that at least 1,000 square metres of the 30,000 square metres of land at Sonsoddo that was earmarked for a kabrastan, would be reserved as a burial ground for persons of different faiths and developed accordingly, Rodrigues claimed. He also said that the High Court of Bombay at Goa had subsequently directed the PWD, the Goa State Urban Development Agency (GSUDA) and the Margao civic body to undertake and complete work on a full-fledged burial ground within six months.

Interestingly, the Margao Municipal Council had passed a resolution on April 19, 2016 to make the necessary arrangements after demarcating a portion of an existing ground reserved for the burial of a person of any faith, or to arrange for a separate cremation and burial ground. But the resolution was withdrawn five years later due to a public agitation.

With there being hardly any progress not only in Margao but in other parts of the State too, Rodrigues wrote a letter earlier this year to the Director of Municipal Administration (DMA) and the Director of Panchayats reminding them about the need for common burial grounds.

Apart from him, Philip Fernandes, a resident of Benaulim, wrote a similar letter to Chief Minister Pramod Sawant in July 2021 seeking permission for a burial ground for people professing other faiths in the South Goa district. He pointed out that the Covid-19 pandemic, which had ripped through the length and breadth of the State earlier that year, had brought to the fore the grave issue of not allowing people to bury or cremate the dead due to religious bias.

Following Rodrigues’ letter, the DMA wrote to the chief officers of all municipal councils and the commissioner of the Corporation of City of Panaji (CCP) regarding the implementation of the GHRC’s recommendations on burial grounds. Of the 13 municipal councils, only seven replied with details of measures taken to implement the Commission’s order.

Among these was the Ponda Municipal Council, which stated that it has reserved a common burial ground for all communities in its jurisdiction.

The Mapusa Municipal Council, in its reply, stated that the North Goa Planning and Development Authority (NGPDA) has identified and begun land acquisition at Cunchelim to construct a burial ground/crematorium for those not practising any religion or faith. The chief town planner had also issued an order to sanction a grant of Rs eight crore towards the expenditure for land acquisition, it said.

“We will now send reminders to other municipal councils asking them to implement the GHRC’s order,” director of municipal administration Gurudas Pilarnekar said. 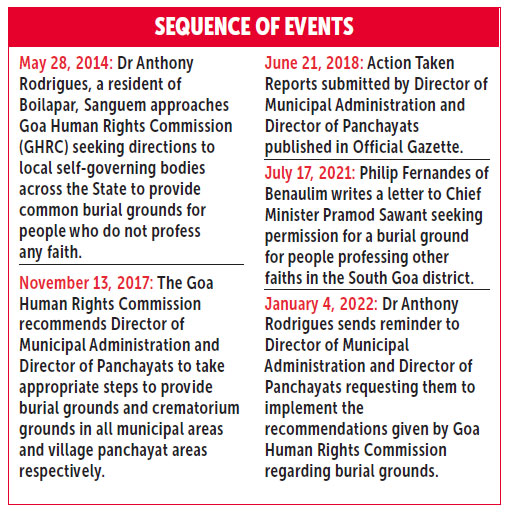