Neglected fresh water sources are no longer available in abundance 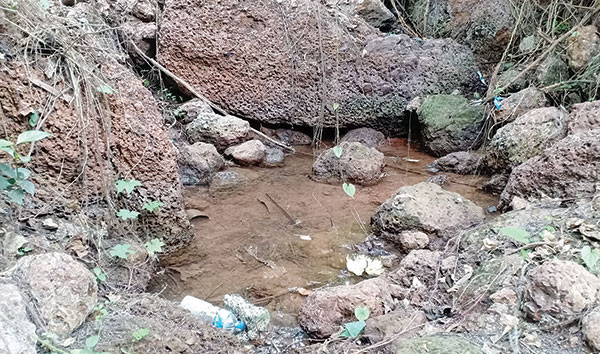 'Har Ghar Jal’ may look shiny and an ideal dream for Goa but the government has been turning blind eye towards conservation, preservation of natural springs, wells and other sources of fresh water from areas in Mormugao taluka, which are dying a slow death.

Most of the natural springs and wells, which were flowing throughout year, have now started drying out. Locals and environmentalists feel that it’s high time for the government as well as locals to take a stand to protect and preserve these natural sources of fresh water and conserve rainwater through harvesting, before it’s too late.

If one takes a round to the major natural springs and wells from Mormugao taluka, one can see that they are crying for attention. In this case too, it’s a matter of act now before it’s too late.

For instance, a natural spring which has been used by the old settlers from Headland Sada region much before the present concretised development is now on the verge of extinction. Two decades ago, the spring was used for locals for a nice chilled bath in the summer and to also wash cloths. Much before this, in the 60s and 70s, the same spring was known for its medicinal values,” said a senior citizen Sada Tulaskar.

Senior citizen  Laxmi explained that during the Portuguese time, the natural well just above this spring at the Japanese garden was a major source of drinking water and people would walk a distance of almost more than a km to fetch water.

When this reporter went to do a status check, the well had dried up completely and was instead filled with garbage and plastic waste.

Similar are the cases of Kesarval spring, Pirni and Huder spring, which needs an immediate attention. Most of these places are filled with non- biodegradable waste and if the situation doesn't change for good then slowly but surely these springs will vanish shortly. What’s worse, instead of steps being taken to restore these water sources, woungsters were seen drinking and dumping plastic waste material and discard liquor bottles. The access to the Huder spring has now been shut and people now cannot go at the site.

Speaking about how it was earlier, locals of the neighbourhood said that there was so much of clean and clean and medicinal water from Pirni and Kesarval springs that it was overflowing at times and was definitely flowing throughout the year. Now the flow of water has diminished drastically.

Speaking on this issue, Jayesh Shetgaonkar,  a trekker, said that Headland Sada itself has around 4-5 natural springs and few wells, which are flowing but it needs attention.

Cyril Fernandes, Environmentalist from Chicalim opined that Goa, historically, has always been blessed with a good rainfall every year. “However, our society and our leadership have failed to emulate the feats of our forefathers and have miserably failed to harness the rainwater every year received by us in abundance,” he added.

Sscientist Dr Baban Ingole said that WRD and the other authorities concerned should also take active the initiative for the restoration and preservation of these natural sources of water.

He further opined that the people are equally responsible and should take initiative in rain water harvesting. “In villages if check dams in suitable areas are built then it will retain much quantity of water, which Goa is receiving from rainfall. Our vision should be to have sustainable development. In the 50s and prior to that, people were involved directly and indirectly in water harvesting. However, nowadays that has taken a back seat and all we are dependent on tap waters" he said.