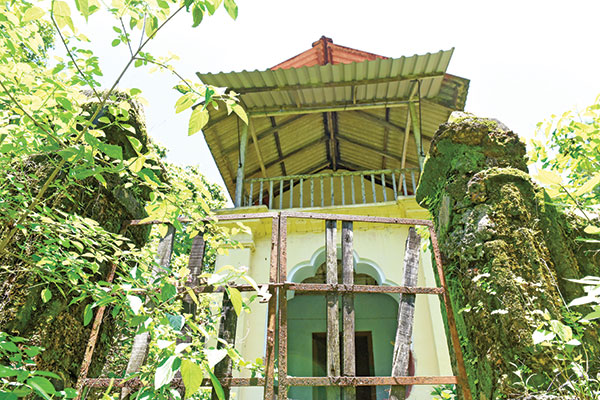 Pale Mollo is small coastal hamlet in Velsao. The aroma of fish, the flavour of the salt and the breeze of the sea are still their companions on the front door. At the back door, on the elevated hillsides, there’s the noise of train horns and coal dust billowing

Durga Naik lives in one of the small homes at the base of the small hillock, where the railway tracks are. She said during the wee hours, the railway tends to blow loud horns, which further make their life difficult. “Small children, guests, relatives who come to our house tend to get disturbed when they are asleep at night,” she lamented.

She also mentioned that due to the fast speed of the trains, residents nearby tend to feel the vibration and even the utensils fall to the ground.

Joanita Aguiar, another resident said “We are old and find it difficult to cross over the railway tracks. At night, due to the movement of the train wagons, we don’t get sound sleep. Previously, there was no honking at night by the trains but recently it looks like the railway staff is doing it purposely to trouble us. Coal dust has started settling in our houses. This wills surely cause harm to our health. We have raised this issue with our MLA Alina Saldhana, Deputy Collector Mormugao but nothing seems to be happening in our favor.”

Phillipe Dias, Mollo resident added, “People have to wait for almost 10 to 15 minutes to cross over the railway tracks. If the doubling of railway track comes up then around 13 families will lose their houses and will be displaced. People from various Goan professional communities such as toddy tappers, fisher folk and others stay here. The local residents had also demanded for an under-bridge for vehicles and locals to cross the area by nothing was done,”