Since the beginning of the lockdown, families of seafarers were worried about how and when their loved ones will be able to return home. While, some of them have managed to come back to Goa, there are still many of them who have not yet completed that journey. Dr Rachana Patni, speaks about the possible psychological state of these seafarers 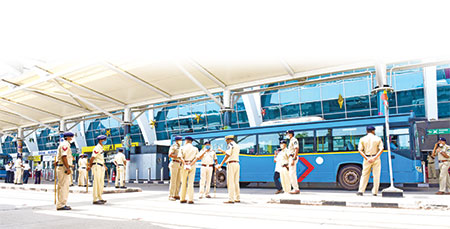 The first repatriation flight with seafarers from Italy landed in Goa on May 20. Many more seafarers are on their way via air and sea, and this essay is about one particular ‘mother ship’, the name being used for the ships designated to take seafarers back to their home ports in their motherland.

As a leadership consultant I had some ongoing work with a client of mine who was stranded on a cruise ship due to the cessation of customer operations that took place early in March this year, after which there were no clear channels for the departures of the crew themselves. I was exploring with my client, the ways of keeping them mentally and emotionally resilient through the long journey while they were stationed in their cruise ship awaiting further instructions on how to get home to Goa. Our scheduled calls had to be prematurely halted after their move to the mother ship as the quality of the free internet on the mother ship meant that the calls were no longer possible. I realised that there were many issues worth highlighting to those of us who are on land, and are anxious about the arrival of the seafarers in Goa. Owing to client confidentiality I will not be sharing any identifying information but the context of the mother ship and its inhabitants is worthy of our time and interest, and I would invite you to engage with your hearts and minds as you read about their experiences.

There had been five cases of suicide among seafarers on different cruise lines in quick succession, and this was causing uneasiness onboard. The anxiety was building along with the anticipation of getting home. There were apprehensions about returning home and daily difficulties that were part of their emotional landscape on this ship. On social media messaging that I use for professional matters, I recommended that my client must keep a daily journal through this journey and suggested that this recommendation be shared with all those onboard. This suggestion was received well. Writing through a crisis is not only a highly effective coping mechanism, it can also build resilience.

Prior to the transfer to the mother ship, the cruise ships from where the crew were being transferred had already been escalated to level 3 health protocol. Crew members had to wear masks in public areas, maintain six feet social distancing. They had temperatures checks twice a day and if someone showed high temperature or any symptoms, they were moved to a special isolation area and they were not allowed to leave their cabins. Food was delivered and they had to stay locked up. All movement in public areas was restricted for other crew and a schedule was in place for meal and fresh air breaks.

This mother ship, that my client is on, is bringing crew from their fleet into India and is a month-long voyage. Since the US ports would not allow the ships to dock, all ships had to gather in a prespecified location in the Bahamian waters and lifeboats were used to ferry crew to their ‘mother ship’. This complex operation took three days and is a very rare and unusual experience and the kind of mammoth operation required to undertake life boat transfers was indeed experienced as a sort of an exciting privilege by many, although it was also stressful and painstaking.

Once on the mother ship the face masks were a social challenge for the crew members as they were meeting other crew from other ships, all heading to India but without being able to see their faces fully. They could not recognise those they might already know well and were not allowed to socialise or make new acquaintance. The face masks require that they rely on eye contact a lot more in conversations as all other expressions are hidden away. In the absence of other expressions, people have resorted to basic group categories to determine whom they will socialise with. There are micro groups based on different Indian states, different Goan villages and sometimes based on occupational categories or departments that people worked in prior to boarding the mother ship. It is so important to belong properly to one or the other group that groupism ‘feels almost essential to survive the ordeal’.

Rooms with a view

The crew who are in rooms that have windows and balconies that face outwards are privileged as the external view, natural light, air and sunshine are extremely helpful in combatting the worst of the problems associated with loneliness and anxiety. The crew who have been assigned interior cabins are at a disadvantage as the lack of natural light on a continued basis can further increase the depressive feelings that everyone is already experiencing on account of the current scenario.

The level 3 health protocol, which was supposed to be in place for a limited time, has been continuously extended. Freedom of movement and socialisation has been restricted. The gym has been closed and so walking on the open deck is the only option for exercise. Lack of physical activity is also adding to the restlessness. They are not allowed to jog on the track in the morning and cannot spend time in any meaningful conversations; it’s as if ‘a curfew has been put on human connection’ and this further enhances the negative impacts of loneliness and isolation.

The journey is long and the people onboard the mother ship are spending all their time on their personal devices even though the internet is slow. Some stay in their cabins watch movies, and sometimes engage in drinking sessions or card games. Socialising in cabins is strictly forbidden and security may chase those groups and issue warnings for violations of the social distancing conduct.

Boredom and its discontents

The boredom is a result of the long quarantine, being out of work, with a lack of focus and productivity and a monotonous routine creates a total environment akin to a correctional facility. Isolation, loneliness and boredom are related negatively to mental health outcomes and can also be a significant cause of suicide if not dealt with in an effective manner. Many onboard are facing anxiety and worry about how they will be treated upon arrival. There is also the anxiety of falling sick (even with a common cold) before they arrive. Some crew are afraid to report symptoms of regular cold as the medical centre locks them down in the isolation area for 14 days and they don’t want that on their record as they feel it might affect their entry back home. Some have lost their jobs, are unsure of their future income potential and this is another area of anxiety.

Alcohol abuse, gambling and other negative coping methods are likely to be relied upon in this scenario, which will exacerbate health and financial issues of those returning. Unsurprisingly, even though there is a rationing of drinks on board, people have found ways out of the limitations imposed.

Some of the feeds from social media regarding the quarantine situation in India, specifically Goa, is affecting the mood and morale onboard. There is apprehension about payment and the levels of hygiene they can expect there. After the high level of protocol followed on the ship, they are scared of contacting the virus during their quarantine upon arrival in Goa.

While the employing companies could have put a contingency plan for the mental and emotional health of the crew travelling on this long voyage, they have focused on taking care of the material needs but mental health has been totally ignored. Even the medical team could have been making decisions based on real assessments on the mother ship, rather than blindly following protocols. Their focus is to show compliance with procedures and minimise administrative hassles. The overall wellbeing of those returning home is not in their list of concerns.

The employers have assumed that everyone will cope and find their own way to deal with it. Their responsibility is to ensure safety and good health and for this ensuring mental resilience and stability of a highly anxious group of travellers experiencing unprecedented protocols along with loneliness and boredom, needs more attention. Not many staff are comfortable using the employee assistance helpline as they find it very impersonal and not assured of its confidentiality. Many have created their own routine of exercise, meditation or entertainment but this has been left to each individual and more structure could have been helpful.

When they arrive home as well, it will be the emotional dimension that will be hardest to evaluate and cater to. What we can offer as a community is the awareness of the difficult and arduous journeys people are making to get back home and accepting them with the hope that they will all clear quarantine and make their way back to their loved ones.

Mother lands and mother ships must allow for some much-needed mothering at times of global distress, with some claiming that the current COVID-19 crisis will also be unleashing a mental health pandemic. Empathy, humane behaviours can be very effective antibodies to that crisis. Are we ready to grant these qualities to those returning? Perhaps we are able to connect with the seafarers with more compassion and empathy through the awareness about their journey home. Seafarers otherwise always arrive bearing gifts for their friends and relatives. May we receive them as gifts this time and not as trojan horses?

While counselling services cannot make up for an empathetic community to return to, there are certain resources that I would like to highlight for the returning seafarers and for others who are struggling with the emotional impact of the pandemic.

n Goa Humanitarian Helpline, which is being run in collaboration with Wellness Volunteers United, is a free of charge service. This is a telephonic helpline and you can call the helpline on 08048192600.

n Covidav.com which is an online offering by mental health experts from different Goa-based organisations including Psychiatric Society of Goa, COOJ Mental Health Foundation, Antarman and Sangath with a strategic alliance with the Government of Goa.

n You can contact independent wellbeing consultants, counsellors and coaches if you want to work one-on-one to develop resilience or undertake any deep reflection focused on wellbeing. Nirmala Institute of Education has a Wellness Counselling qualification since 2015 and a number of their qualified counsellors are based in Goa.

(The writer is a leadership and wellbeing expert, based out of Miramar, Panjim and consults internationally with individuals, families and organisations on matters of emotional intelligence,