While the residents of Ponda Taluka are overjoyed with the fact that the current Goa government has four cabinet ministers from Ponda taluka, they also have very high expectations from the ministers in terms of resolving their grievances, writes SANTOSH NAIK 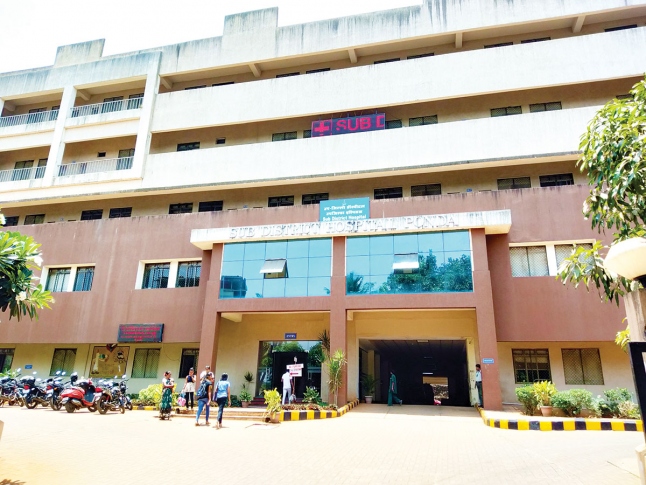 There is no doubt that the voters are happy to have such a big representation of their elected representatives in the State government. But the real question is, will they be able to deliver the goods for the people?

The people want the ministers to keep aside political differences and come together to fulfil their three main demands on priority basis.

The first demand is upgrading of Ponda Sub-district Hospital into full equipped hospital on the similar lines of GMC. The second is parking facilities at Ponda city, which is also the taluka headquarter and the third main demand is bringing more industries in all four constituencies to solve unemployment problem of local youths as government jobs are limited.

Apart from these three critical demands as cited earlier, the residents of Ponda taluka have many other issues that need to be resolved on a warfooting.

“We want good roads, uninterrupted water and power supply throughout the year. These are problems endemic to our region. However there are other larger issues as well like rising fuel and other essential items. We want reduction of costs as daily living is becoming difficult,” local resident Vishal Fadte said.

The locals want their elected representatives in the Assembly to raise their voice against rising inflation. They also want them to streamline water and power bills.

“The cost of commodities is increasing whereas the income of common people remains stagnant. Our salaries and wages are not increasing and hence our purchasing power is declining. This needs to be changed,” he said.

Similarly the residents feel that the stray animal issue should be solved by providing proper shed and food to them. There are no cattle grazing grounds. The stray cattle starve in absence of proper food. Similarly stray dog bite cases are increasing in Ponda.

The people of Ponda also highlighted the need for environment conservation in wake of climate change.

“Climate change is not a myth. It is reality and hurting us on everyday basis. This evident from the heat caused by rising temperature and unseasonal rains. Instead of blaming only the changing weather phenomena, we need to conserve nature,” environmentalist Sandeep Parkar said

Emphasising on the need for protecting the environment against rampant urbanisation, Parkar exhorted the ministers from Ponda to take strict action against destruction of hills.

“The hills which act as a shield against flooding and landslides, are being destroyed for construction purposes. Beside the hills, water resources needed to be protected which are source for irrigating our cashew and paddy plantations,” the environmentalist said.

According to Social Activist Viraj Sapre, upgrading the sub-district hospital at Ponda is extremely important as even for minor ailment, patients are referred to GMC.

He informed that in absence fully equipped government hospital at Ponda, people are forced to take treatment from private hospitals and consequently, their financial resources are completely drained.

“In absence of CT scan in the sub-district hospital, people go to private hospitals and spent thousands of rupees for their treatment. Apart from CT scan and MRI machines, the the Ponda sub-district hospital also needs a blood bank, and sufficient doctors. This will ensure that all emergency surgeries are performed locally and crucial lives are saved,” the activist said.

Several patients from neighbouring Dharbandora and other talukas visit this hospital for treatment but are forced to shift to GMC due to lack of facilities. This also adds to the burden of GMC.

Beside health problems, lack of parking space is a perennial problem in Ponda. There are very few parking spaces in comparison to the increasing number of motorists.

“People visiting government offices in Ponda for their work or the market for shopping, find it extremely difficult to find a space to park their vehicle. We want the ministers to fix this problem immediately. A lot of time and fuel is wasted in hunting for a parking space,” a resident complained.

Agriculture is another area that needs immediate attention. To the various challenges faced by farming sector, cultivation of food crops has reduced drastically.

Today, most of farmers keep their land fallow citing rising cost of labour, fertilizers etc. With Ravi Naik becoming Agriculture Minister, people are now hoping that he would revive the agricultural activity.

Even as farmers brave all odds to cultivate paddy, they are forced to incur heavy losses during monsoon due to increased salinity of paddy fields caused by flooding. The crops are damaged in every monsoon due to breach of check dams. Farmers want permanent solution to this problem especially at Kundaim, Marcaim and Khandola.

There are 19 Panchayats in Ponda Taluka and each person has a different priority list for development works. Khandepar and Usgao-Ganjem villages have witnessed destruction of paddy fields due to flooding of Mhadei’s tributaries.

With monsoon round the corner the people in this area want government to take flood preventing measures such as desilting of river, protection wall etc.

Ponda as the third district

The locals are also looking forward to Ravi Naik fulfilling his “long pending dream” of making Ponda the third district of Goa.

The people feel that rural areas will benefit from Ponda becoming a district as it will attract more funds for development from State and Centre.

Over the years, work on several projects is pending, which people hope would be completed during Naik’s tenure as minister.

Former PWD Minister Deepak Pauskar had assured to start work on the approach road of Khandepar bridge within a year. However, the work continues to be pending due to which the Khandepar OPA Junction has become extremely hazardous for travelling.

Since past five years the residents of Ponda taluka have been hoping for good roads as they are forced to travel on pothole-ridden roads in Ponda city and surrounding areas due to the digging work for laying sewerage network for the 15MLD sewerage treatment plant work.

People have been suffering since last five years. Hotmixing on many Ponda roads have not been done on account of ongoing sewerage work. 15 MLD STP for Ponda City is being installed at Kapileshwarim Kavlem and work on Plant is almost complete. The former PWD and current Power Minister Sudin Dhavalikar has said that the STP will be functional by May this year.

The Ponda residents have lot of expectations from Power Minister Sudin Dhavalikar as the locals are currently suffering on account of frequent power outages.

While on one hand they claim to pay hefty electricity charges, but on the other hand they are not getting proper service, especially at night time when interruption in power supply is much more.

The unseasonal rains accompanied by gusty wind leads to trees falling on high tension wires, leading to power failure. Villagers are many times forced to spend sleepless nights. With Marcaim MLA being a Power Minister, people hope that he will solve their problem by initiating underground cabling. Power Minister Sudin Dhavlikar had declared of bringing 1 megawatt solar power project at Goa Engineering College (GEC) campus and also underground cabling work in Goa. He had planned underground cabling for Marcaim long back but it could not realised due to financial problem.

Although Opa water treatment plant capacity has been increased by 170 MLD, the locals are getting water only for few hours.

With Priol MLA Govid Gaude getting sports portfolio, the people are hoping it would give scope to sporting talents in Ponda to come up.

The locals have demanded upgrading of Ponda Sports Complex. Recently Gaude inspected the Sports Complex and instructed the officials to perform their duty seriously and give good results, so that the sportsmen and women from Ponda are able to perform well at the highest level.

Gaude has also assured the people of developing mini stadium to encourage sportspersons. The Priol residents also want a Ravindra Bhavan as the constituency has a large number of artistes.

People also have lot of hope from Shiroda MLA and Cooperation Minister Subash Shirodkar. Since Goa Dairy comes under his department, people are hoping of improvement in Goa Dairy’s operations and become a profitable entity once again.

The current milk requirement of Goa is around 3.50 lakh litre per day. However, Goa Dairy hardly produces around 60 thousand litre per day on an average.