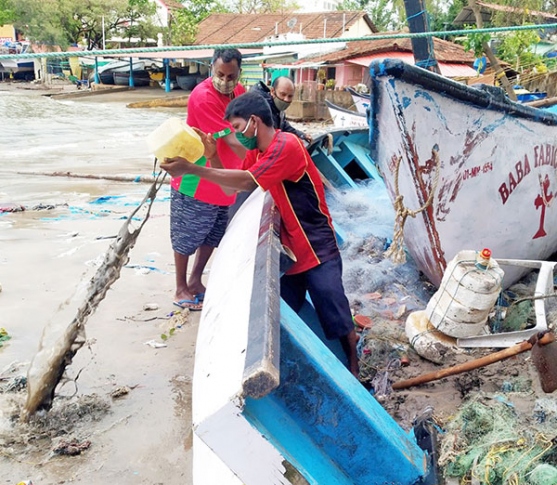 Learning lesson from cyclones like Tauktae that caused major havoc and destruction in the State, the Government has proposed over Rs 100 crore mitigation measures for early warnings to evade such situations in future.

In order to implement flood control measures in the areas badly affected on rivers of  Mhadei, Chapora, Mapusa and Khandepar, government intends to implement a comprehensive ‘Flood Mitigation project’ for these rivers at a cost of more than Rs. 100 crores.

“This will assist the government in predicting impending disasters such floods, cloudburst, cyclones etc. well in advance,” Sawant had said.

Further, under World Bank aid, to warn and alert about impending disasters such as cyclone, Tsunami, etc., 38 Early Warning Dissemination Towers have been envisaged along the coast line, of which 23 towers have been installed and commissioned. The entire project will be completed by December, this year.