Selective blindness - Has the State WRITTEN-OFF the LOOT?

Since 2012, the State of Goa has been hearing about the Rs 35,000 crore mining scam, which is double the size of the State’s budget. The amount of illegal mining in the State was estimated by the Justice MB Shah Commission report. Thereafter, the Public Accounts Committee headed by former Chief Minister (late) Manohar Parrikar found the figure to be Rs 3,400-odd crore and not Rs 35,000 crore. But sadly, the State has shown no inclination to recover this loot. Till date only Rs 3.99 crore has been recovered by the State despite sending notices to the companies in the year 2016 and 2017. SURAJ NANDREKAR looks at the status of the recovery so far, the Goa Foundation petition in the Court that is also demanding recovery and what’s holding the State back 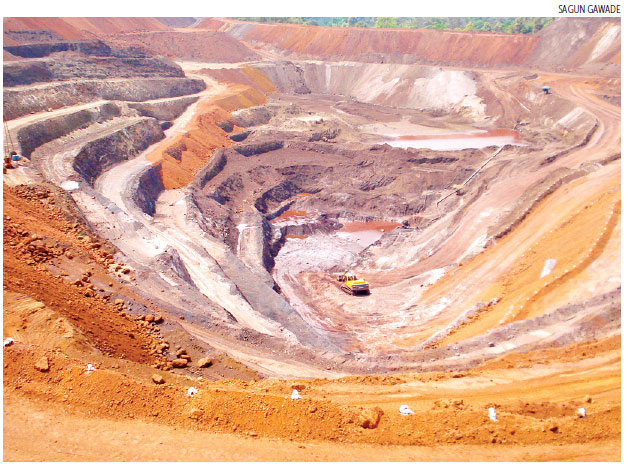 On August 4, 2020 the State government agreed to the demands of the PIL filed by the Goa Foundation seeking directions to it to recover Rs 3,431 crores from mining companies on several counts within a time-bound period.

After the State's Advocate General (AG) told the Court that the amount was recoverable, the High Court Bench recorded the undertaking of the Goa government that orders would be passed on all the demand notices issued to mining companies within a period of four months.

The Court recorded that the Director of Mines would first deal with the demand notices issued (for Rs  1,508 crores) to mining companies, pursuant to the report of the team of Chartered Accountants appointed by Chief Minister (late) Manohar Parrikar.

Thereafter, the Department would enforce the notices raised pursuant to the report of the Auditor General (CAG) in his 2016 report (Rs 1922 crores).

The total of both reports amounts to Rs 3431.31 crores. The demand notices on the report of the team of CAs were issued in 2016.

The Supreme Court in 2018 set aside the 88 mining lease orders, and from there on onwards, the State economy has come under due stress.

But shockingly, despite this, the State has made no attempts to recover the Rs 3,414 crore. This is at a time, when the State is borrowing over Rs 300 crore every month to meet the expenses.

Also during the COVID-19 crisis, the State has opted to withdraw from mining funds and not try and recover money from the mining firms.

It goes without saying that Goa government is badly in need of funds for COVID pandemic management and for continuing grants under its various schemes.

But shockingly, the State Government has decided instead to raid the coffers of the District Mineral Foundations of the state up to 30% of the Funds lying with these foundations. This would work out to Rs 60 crores (taking both DMFs).

Sadly, there are several proposals from mining affected persons and village communities for use of these DMF funds pending before the DMF which have not been attended to. That is the original objective of those DMF funds. But the government is not willing to recover Rs 3431.31 crore from mining lease holders

As per information available the largest amounts are due from Sesa Resources Ltd., (Rs  351.44 crores) Sesa Mining Corp Ltd., (Rs  267.89 crores), G.N Agarwal (Rs 203.14 crores), Lima Leitao & Co. (Rs  164.67 crores) and Vedanta Ltd., (Rs  113.29 crores).The Goa Foundation filed the PIL when it became apparent that the Goa government was not pursuing the matter of recovery of these huge amounts with any zeal. It sought as interim relief, a restraint on grant of any mining business to any of the entities till the amounts demanded were paid by them.

Two other petitions filed by the Goa Foundation for recovery from mining companies are pending hearing before the High Court.  The first involves recovery of around Rs 1000 crores from mining companies who mined without being in possession of a valid mining lease. A second PIL demands recovery of Rs 65,058 crores due from the entire mining industry for conducting mining operations without being in possession of a mining lease for five years (2007-2012).

It may be recalled that the Supreme Court declared all mining carried out in the State of Goa from 2007 to 2012 as illegal.

There is also a specific direction from the Apex Court for expeditious recovery of these amounts which is not being implemented by the State of Goa.

Interestingly, after conducting enquiries and also relaying upon enquiries done by the Auditor General, Goa; demand notices for Rs 3431.31 crores were issued to various parties for recovery but shockingly despite a direction from the Apex Court in its judgement dated 7.2.2018, only Rs 3.99 crores recovered.

The first set of notices for recovery of 1,508.70 crores was issued in 2016 pursuant to the Mining Audit Report of the team of Chartered Accountants appointed by the State Govt to advise the Government on recoveries to be made from mining companies for discrepancies in payments made vis-a-vis the ore that was actually extracted and consequent loss of revenue to the State.

The second set of notices for recovery of 1,922.61 crores was issued in 2017 puruant to the report of the office of the Comptroller and Auditor General of India (Goa) office.

The notices were served post hearings in the Supreme Court filed by Goa Foundation, wherein the Supreme Court accepted the undertaking of the Goa Government that it would launch its own probe into the violations and theft of public resources by lease holders in Goa and take necessary action for recovery of the amounts, after issuing appropriate show causes and giving the parties opportunity to reply.

After the judgment dated 21.04.2014 (Goa Foundation I) was passed, the State government set up a 17-member team of Chartered Accountants to examine -  the quantities that were handled by mining companies and observe discrepancies and advise the government on recovery in those cases, where there was obvious misappropriation and export of the mineral resources of the State.

It appears that simultaneously the Auditor General’s office in Goa had also been conducting its own inquiry into illegal mining.

While the Chartered Accountants team concentrated only on discrepancies between permitted and actual quantities of mineral ore extracted, the CAG’s office concentrated on several other matters including non-payment of stamp duty, removal of ore without payment of royalty, etc. 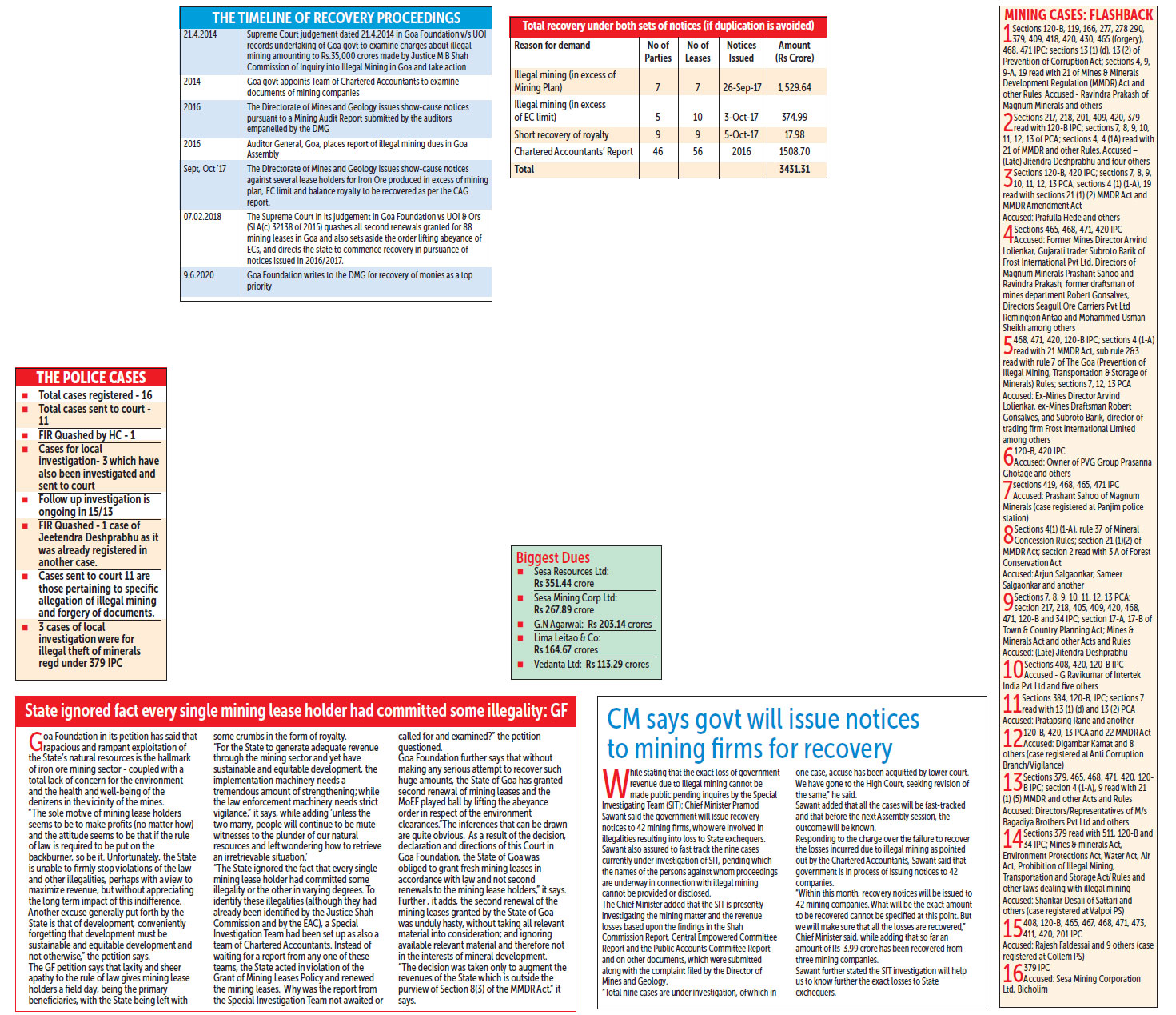