By this time of the year, the shack owners and taxi operators are usually recounting the profit and losses in the season gone by and are looking forward to the season to come. This year, there has been no tourism altogether in the last few months and they don’t expect to see visitors, both foreign and domestic in large numbers, any time soon. The situation has forced many to look at alternative career options with many going back to their roots and taking up agriculture, fishing and other business activities. ASMITA POLJI finds out more 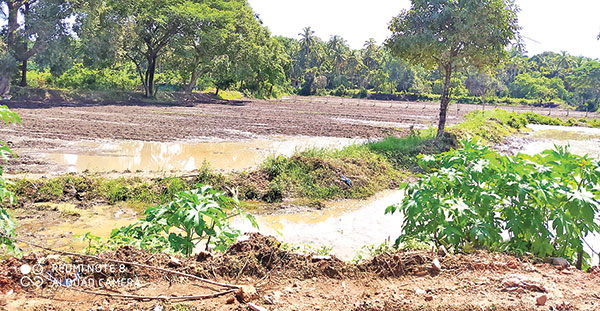 While the COVID pandemic has forced the tourism industry to come to a standstill midway through the season, all those who were totally dependent on this field as their sole occupation,  are now going through a bad time with no source of income. Maximum number of people especially the taxi drivers/owners and shack owners are now jobless with no earning.

All is not lost though. The agriculture sector is seeing a boost in the last few days.

Most of the people were initially into farming but had then moved to greener pastures in the tourism industry, have now returned back to their roots and are in the agriculture business once again.

“Since these taxi and shack owners are Goans, they have their own fields, which they had left to make better money. However, this COVID-19 pandemic has led them to go back to their traditional occupation,” a local observed.

John Lobo, shack owner from Calangute said,” We have our agriculture land and from years our family is into this. Though we use to cultivate, farming was secondary option. Now since there is no business and the snacks are closed, I have planned to continue with farming. We have around 2 hectors of agriculture land in Calangute, which we are cultivating and we are in the process of growing rice”.

Kundan Kerkar, a taxi owner from Calangute said,” We have approached the government several times and requested to help us however we haven’t received any positive response from the government yet. The State government also told us to start taxi business but what is the point in starting the taxis if there are no tourists in state”.

Kundan further added,” Now, since there are no tourists and no income from the tourism industry, I have involved myself into farming. We have around 1500 sq mtrs of agriculture land and we are cultivating rice. The government is saying that they are helping farmers with different schemes and subsidies. Along with rice, I am planning to grow vegetables and others”.

Another tourist taxi owner from Keri, named Gaad said, “For the last several years, we use to give our agriculture land to people to cultivate. However, this year, with the pandemic situation, since there is no proper source of income, we have taken back all our land and have planned to take care of it ourselves. The process of cultivating rice is in progress”.

Meanwhile along with farming, most of the taxi owners have also moved to selling fishing, fruits and more.

Sushant Nipanikar a taxi owner from Canca said, “There are no tourists in Goa and no business. If this continues till next the season, then we will have to sell the vehicles. Since there is no income, I have started selling snacks such as ‘farsan’, chivda and more. I use my taxi for this. I visit different area like Calangute, Anjuna, Saligao and others places everyday. I park my vehicle at the road side and sell the snacks”.

Another taxi owner from Morjim, Sanjay Kole, who has started selling fish said,” We approached the government several times and had given them several representations but got no response. We have our vehicle’s instalments and insurance to pay but with no source of income it has become difficult to even run the house. During the lockdown, I took permission from the authorities concern and started selling fish using vehicles and now I sell fish sitting at the Chopdem fish market”.