The Goan identity question: Who are we protecting it for?

Heritage, richness, pride, culture and language. ‘Asmitai’ is a confluence of all these and more. Does the Goa of today have the collective conscience to protect all of these? TEAM HERALD ponders in this Opinion Poll day essay 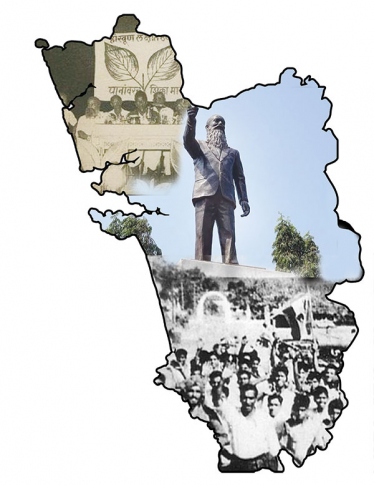 s your plane touches down as Heathrow and you get out of your terminal waiting for your bags, more often than not, Goans hear a lingo they speak, think, dream, love and fight in.  As porters, trolley boys and buggy drivers run around, you catch every word, every term of endearment, every cuss word and if you happen to look at them and speak in Konkani, you can almost sense the gush of warm air coming towards you as they welcome you in a virtual embrace.

In the homes of Goans in Swindon, on Sunday morning, aromas of different spices emanating from kitchens waft through, there are clubs after different villages, Goan evenings are livened up with friendly village type banter.

In Australia, a Konkani radio station managed by former TV journalist Frankey Fernandes is a massive hit among the diaspora across the world, often beating news of Biden’s inauguration or a Manchester United

And then the World Goa day, which has now expanded to World Goa days depending on when it can be celebrated in a particular country, around the same period, has become a cementing factor for Goans across the world.

But here, are we missing the wood for the trees? The presence of hardworking Goans across the world, their love for their language and customs, stemmed initially from a deep sense of identity and the need to reserve quintessential Goenkarponn. Those goalposts - with all due respect - have shifted and understandably so. It would not be off the mark to suggest that the linkage with the language is shrinking, the issues with Goa’s land and identity doesn’t quite get in the way of day to day lives of millennials and the getting together of people have a lot to do with familiarity and missing home. And the presence of an increasing diaspora is an economic indicator and the fact that they are all foreign passport holders’ recognition that national or State identity can also be about ease and convenience

That wasn’t quite the case earlier. In a review of Rome-based Gan scholar Jason Keith Fernandes’ book Citizenship in a Caste Polity: Religion, Language and Belonging in Goa, by Lakshmi Subramanian, she wrote of the diaspora space, which operated within the Portuguese Estado straddling the continents of Asia, Africa and Europe, and had unique post-colonial aspirations and anxieties as Goan society itself was witness to a virulent and ongoing form of script and language nationalism. The diaspora has not such aspirations or even fears in today's new normal

Over the years, the basic characteristics of Goa have been eaten up. And not only is there no preservation, there is no obsession to preserve either. 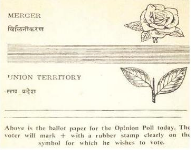 IS THE GOA OF TODAY ITSELF INTERESTED IN ITS IDENTITY?

There are three or four stakeholders responsible for this. First are politicians who have not framed proper laws at the proper time. There is no law to protect agricultural land from going into the hands of non-agriculturists

The government should have not let go of its efforts to give Special Status to Goa which was not done. The same Goa in 1966 led by an opposition leader Jack Sequeira managed to convince Prime Minister Indira Gandhi enact Goa Daman and Diu Opinion Poll Act to enable the historic Opinion poll in 1967

The law granted protection to existing systems. Lawmakers destroyed this protection. Absence of documentation and codification resulted in this

Thomas Stephen researched on Konkani grammar. Krishnadad Shyama has the Central Library named after him.

But are really remembered, read and understood by Goas youth.

This brings us to a fundamental question. Are we really serious about protecting Goan identity? And who are we protecting it for? On Opinion Poll day, some deep introspection on these questions should be a starting point.