The Politics of Alliances is MERE MARRIAGE of Convenience

The Goa Assembly elections are drawing near – about two months away – and political parties in the State are looking at each other to upset the applecart of the ruling party. Some politicians have gone East, others have travelled North trying to garner support from National parties hoping to dislodge the saffron party. The State has seen many higher officials, founders and in-charges not only visiting but also camping in Goa to meet, talk and discuss various combinations which can make pacts with like-minded rivals and join the political bandwagon and seek a pound of the Goan electoral cake. VITHALDAS HEGDE looks around and tries to analyse different alliances, which will see defectors, party hoppers attempting to change colour, symbols, and even long commitments to their parties but most of them looking at forming a combination that will finally enter the Legislative Assembly and sit on the treasury benches 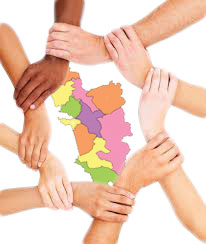 The battle lines for the 2022 Assembly elections to the 40-Member Goa Assembly are getting drawn and redrawn and new political parties, including the Trinamool Congress Party (TMC), Goa Revolutionary (RG) that is powered by Goa Su-Raj Party and the Aam Aadmi Party (AAP) that will be testing the electoral waters in the State have announced they will have no pre-poll alliance with any other political party and fight the elections alone. But the very fluid political situation could see this change and have all these parties going on to forge alliances looking solely at the ultimate prize – government formation.

On the other hand, cracks have surfaced in alliance talks between the ruling Bharatiya Janata Party (BJP) and the oldest regional party Maharashtrawadi Gomantak Party (MGP). Though BJP leaders have been sending feelers that the pre-poll alliance between the two parties will happen, the MGP leaders have refused to have any truck with the former given the past bitter experience.

MGP has already announced the names of 12 candidates to contest the upcoming elections and have claimed that the party will not compromise of these seats.

The coalition between the Congress and the Nationalist Congress Party (NCP) still remains to become a reality and whether any pre-poll alliance will actually materialize, given the charged circumstances currently prevailing, is a big question mark. Even if the alliance does takes place, the question is whether both the parties will remain together or if they will separate soon after the election results are declared. And that is another question in the mind of every voter.

An alliance, it is said, is like chinaware, if it is broken it can be mended, but the crack will always be there. Therefore, whether such an ‘Alliance of Convenience’ will last or break up and again make up resulting in ‘some sort of marriage, then divorce and again re-marriage’ is anyone’s guess.

Goa has a history of alliances formed and also broken purely for convenience. From past experience it appears that an alliance itself appears to be a big farce as people have become extremely suspicious since alliances are formed not as per the will of the voters but on the will of the political parties having vested interest.

Chief Justice of India, N V Ramana, in a relevant judgment pointed out that ‘in democracy we can’t curtail parties to form alliances but considering the present situation, democracy will not exist if this unlimited freedom of political parties is not regulated because if not, it will reduce the people who are the crux of the democracy to mere recipient of immoral practice by formation of alliance between the parties who fought the elections against each other.’

We have seen how almost all political parties have governed Goa through alliances and have made a mockery of the electoral mandate and also causing a breach of the voters’ trust. It is high time that people apply the brakes to stop this sorry state of affairs where some political party that has lost the mandate of the people subsequently comes to power and forms the government by cobbling a majority by combining with a handful of selfish politicians, who have succeeded in making Goa their unchallenged fiefdom.

There are pre-poll alliance and post-poll alliances. There is also another novel method of wiping the opposition by acquisition of political parties and their mergers. We have seen how after the 2017 Assembly polls where the Congress emerged as the single largest, the BJP went against the public mandate arguing that it was a fractured mandate and formed the government with a hastily-cobbled coalition.

The BJP continued luring legislators and finished both, the Congress and the MGP with almost the entire MGP and majority Congress MLAs merging with the BJP. These MLAs are now being termed as betrayers and traitors by the electorate.

Post-poll alliances of parties with differing ideologies are nothing but a betrayal of the mandate of the electorate because the voters are influenced by various factors and expectations from the political party they vote for.

We have seen how after 2017 election results, the BJP managed to woo Goa Forward Party, MGP and independents and formed the government headed by late Manohar Parrikar. They later announced a Common Minimum Programme (CMP) for the smooth functioning of the BJP-led government but the CMP remained only on paper.

Still later, the BJP, during the tenure of Pramod Sawant as chief minister, split both the Congress and MGP and presently around 80 per cent of the BJP MLAs have earlier been either Congress MLAs who have shifted sides of MGP MLAs. Some resigned and contested fresh elections on BJP symbol and 10 defected from the Congress in one bunch. Two MGP legislators also joined the BJP as Cabinet Ministers. The result was that the lone MGP member Ramkrishna (Sudin) Dhavalikar and GFP chief Vijai Sardesai and his two colleagues of the Goa Forward Party and Rohan Khaunte, who were all ministers with lucrative portfolios in the Parrikar-led government, were sacked. This is how the politics of alliances has taken a full circular turn.

The Congress, stunned by the mass exodus is now looking to field new young faces who will not defect. AICC election observer and former Union Minister P Chidambaram has stated that he has a strategy in place by which those elected will not be able to defect.

Within the BJP too a similar thing is happening as several loyal karyakartas who have toiled for the party over the years now feel let down with outside MLAs entering the party and are willing to contest on the ‘lotus’ symbol. Many of the original BJP karyakartas are claimants for party tickets and will surely play spoilsport if denied tickets and which can pose a threat to the very survival of the saffron party. This is one of the main reasons why political parties are once again looking for alliance partners.