The Government had earmarked around 100 projects to celebrate 60 years of Goa’s liberation from the colonial regime. VITHALDAS HEDGE tracks down which of these projects are likely to be completed by December 19, and which of them will be delayed, mainly because of the inclement weather, unseasonal rains and also due to the Covid pandemic 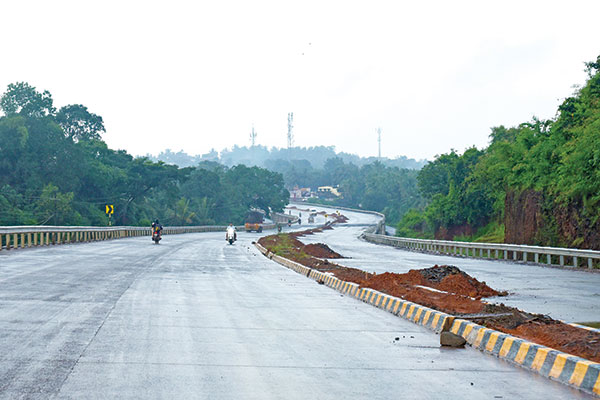 Come next month Goa will witness inauguration of several infrastructural projects coinciding with the conclusion of 60 years of Goa’s liberation (December 19) and before the code of conduct comes into force for the forthcoming Goa Assembly elections.

The Goa government is also in touch with the Prime Minister’s Office (PMO) to invite Prime Minister Narendra Modi to inaugurate most of the infrastructure projects.

The Government of India had allocated Rs 300 crore to the State government to mark the 60th year of liberation. The government launched several projects across the State including rural areas mostly through the Public Works Department (PWD) and Goa State Infrastructure Development Corporation (GSIDC).

Chief Minister Pramod Sawant recently mentioned that the State government will inaugurate nearly 100 projects by December 19, to mark the completion of 60 years of Goa liberation. Most of these projects are infrastructure projects and laying of foundation stones of some major projects.

But the inauguration of the one-lane of Zuari bridge, which was scheduled to be inaugurated on December 19 is likely to be delayed, according to the PWD Minister Deepak Pauskar.

The government was desperately trying to thrown open the one-lane of new Zuari bridge for vehicular traffic on liberation day. Also Union Minister for Road Transport and Highways (MoRTH) Nitin Gadkari visited Goa early November and reviewed all the major ongoing highways works. He had also announced that the one-lane of new Zuari bridge would be opened latest by December 19 or before the model code of conduct for the upcoming Assembly polls.

However, PWD Minister Pauskar has now said that the inauguration of the Zuari bridge could be delayed due to the prevailing adverse weather conditions like unseasonal rainfall and also the COVID-19 pandemic and also due to delay in arrival of the technical consultant-cum-designer from China to Goa even as the State government is trying to clear Visa issues of the consultant.

The PWD sources said that since the designer of the Zuari bridge is in China, the decision to launch girder and stressing of cables was sent to him through video recordings via Internet for his approval. But this was consuming time and causes delay in work, he said. The bridge is built by M/s Dilip Buildcon Limited.

The PWD has decided to inaugurate four-laning highway works wherever completed even as it was facing land acquisition issues. The national highway works are undertaken in three packages – the first package is four-laning from Patradevi to Karaswada, a distance of 25.5-km; package-II is 17-44-km highways from Karaswada to Bambolim and package-III from Bambolim to Agassaim.

Similarly, Margao Western Bypass will be inaugurated wherever works have been completed under police protection. The 11.90-km Western Bypass is facing problems in some areas of Salcete taluka where villagers had approached the National Green Tribunal fearing flooding in the Sal river basin in the area. As per the NGT directions, the government appointed a committee which also submitted its recommendations. The work of about three-km bypass is pending.

The PWD is also trying to commission the newly built 15 MLD water treatment plant at Porvorim, provide the ongoing work of the breached Tillari irrigation canal at the Maharashtra end is repaired and water is released.

Power Minister Nilesh Cabral said that as many as 103 transformers will be formally inaugurated although all have already been commissioned. These includes 33/11 KV sub-stations at Sal-Bicholim, Karaswada-Mapusa and Patto-Panjim.

Cabral said that the Electricity Department has also changed the entire conductors from Verna to Sancoale, to provide additional power to the port town. A foundation stone for a new electricity sub-station will be laid at Mandrem next month.

Cabral said that Goa will be the first State in the country to have all households fully electrified when 151 houses situated in remote areas will be electrified under the Rural Village Electrification Scheme on the liberation day. He said after 150 houses were electrified through renewable energy sources in June this year, the Department of Non-Renewable Energy received another 151 applications mostly from remote areas and their houses will be electrified on December 19. The State Cabinet has already approved a proposal in this regard, he added.

The Power Minister rued that most of his plans like providing 24x7 power supply across the State and the under construction integrated solid waste management facility at Cacora could not be made fully operational due to COVID-19 pandemic. He said that due to lockdown enforced since March last year the installation of machinery imported from outside India got delayed.

On the liberation day, the Department of Tourism will also inaugurate the iconic Fort Aguada, which has been renovated under the Government of India’s Swadesh Darshan scheme at an estimated cost of Rs 22 crore. The renovated Fort Aguada, which will be a tourist attraction showcasing Goa’s liberation movement against colonial Portuguese rule and other historical artifacts are also likely to be inaugurated at the hands of the Prime Minister.

Waste Management Minister Michael Lobo has announced that the integrated solid waste management facility at Saligao which is expanded at an estimated cost of Rs 104 crore will be inaugurated on December 19. It will now handle 250 metric tonnes of waste per day from treating 150 metric tonnes per day. 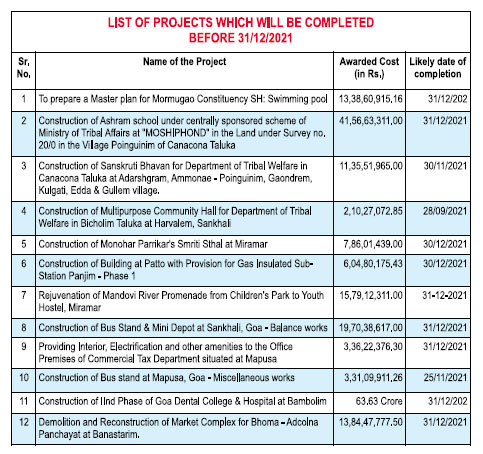 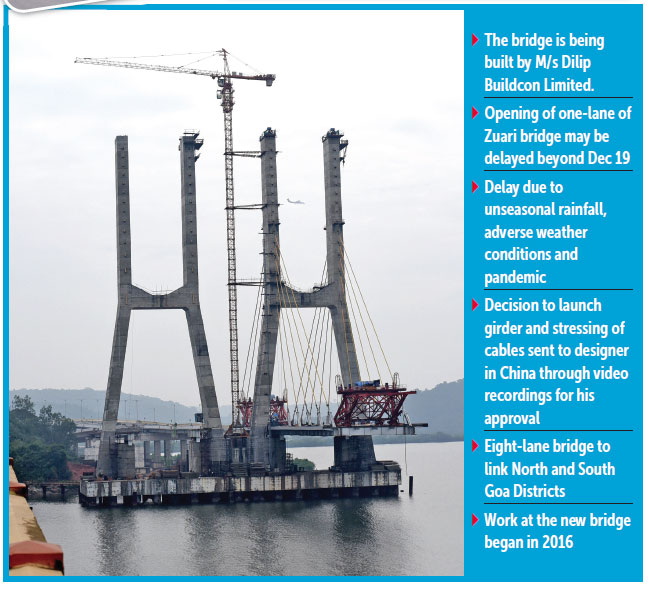