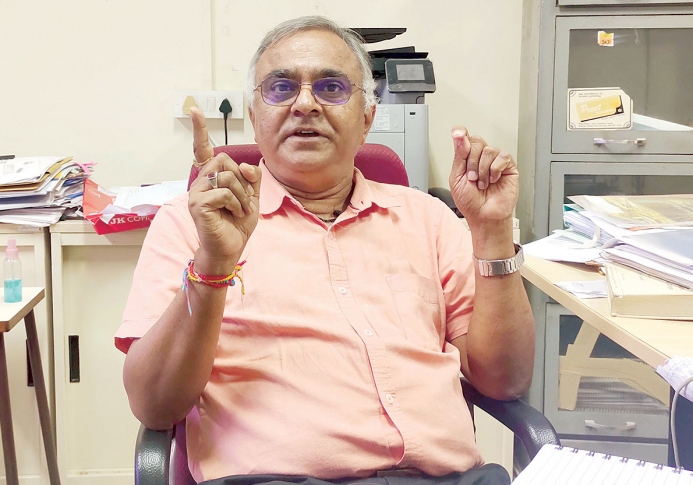 While the impact of temperature change on land is easily ascertained by various indicators like behavioural pattern of living beings, very little is known about the same when it comes to the situation underwater.

Now, a study by National Institute of Oceanography (NIO) Goa, has found that variation in fish sound is directly linked to temperature change happening underwater.

The team of scientists at NIO led by CSIR-Emeritus Scientist The underwater sound intensity and dominant frequency caused by fish calls fluctuates as water temperatures change, and the pulse repetition rate decreased when the water temperature increases conducted study of passive sound waves generated by marine species underwater in three shallow water sites in Goa - Off Britona in Mandovi estuary, In Grande Island in Zuari estuary, off Mormugao Port and Sal River off Betul.

The findings have been published in the Journal of the Acoustical Society of America. The study is titled Characterizing three shallow-water locations off Goa, India, using passive acoustic data.

“The study results suggested that passive acoustics is a vital tool for understanding the biological components in relation to the environmental conditions,” added Chakraborty, who is the lead author of the study.

Underwater acoustics is the science of sound waves in the water that has become an essential tool for underwater remote sensing.

“We have also analysed data of Seahorse feeding click non-linearity using the Artificial Intelligence method, which was published in Journal of Acoustical Society America (American Institute of Physics).Further, we discovered the Humpback whale (Megaptera novaeangliae) sound from Grande Island and published it in the Bioacoustics journal,” Dr Chakraborty said. By analysing passive acoustic recordings, it is possible to discriminate and identify different animal species and to calculate the relative number of animals present within the measurement range.

Currently CSIR-NIO is busy in acquisition and analyses of passive acoustic data along with the other ancillary systems to carry out multi-parameter studies.

“However, long term passive acoustic data acquisition is needed to relate among fish sound and climate,” he said.