Venerated The World Over

While the sacred relics of St Francis Xavier are enshrined above the Mausoleum at the Basilica of Bom Jesus in Old Goa, the past five centuries have seen various parts of the body distributed, preserved and venerated in different parts of the world. 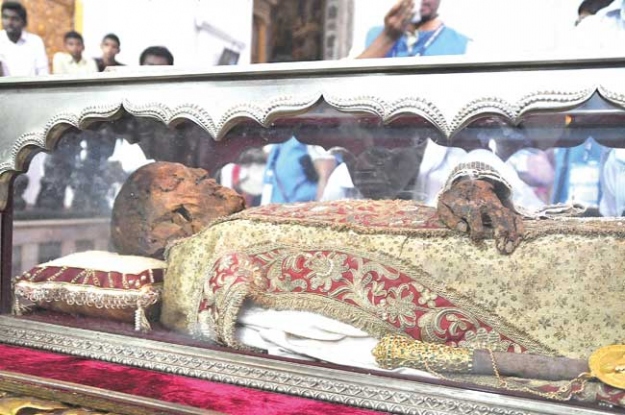