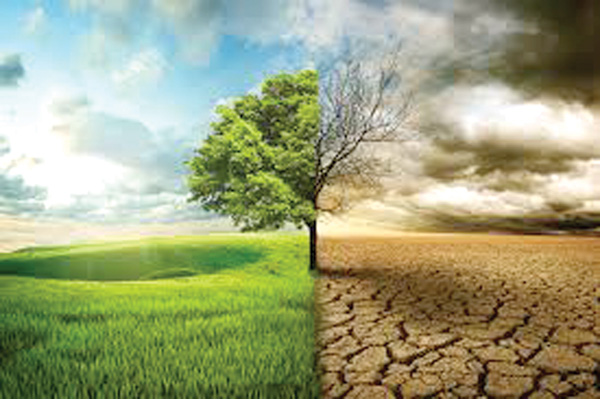 When we do not love and respect nature and when we wilfully destroy nature and glorify madness or insanity over real intelligence, nature has   own ways of reacting. Here is an example. Cape Town, South Africa, is about to run out of water by April or May 2018. Yes, not in fifty or hundred years but now. The city has been ravaged by three years of consecutive drought. The authorities have already capped the use of water at 23 gallons per person a day, which means shower for two minutes of recycled bathwater and limited toilet flushing’s. Further it means turning off dishwashers and washing machines and every house hold item possible involving use of water. But when city’s taps run fully dry (April/May) things will get even worse. Residents will be forced to gather water at secured distribution points under the watchful eye of the armed forces. They will be allotted 6.5 gallons per day the bare minimum to maintain health and hygiene which otherwise is 80 to 100 gallons per person a day.
Climate scientists are calling this situation “Once a millennium event” but with global warming fuelling drought across the world it is just the preview of the new norms of cutting water usage by over 90%. If we don’t tackle climate change seriously now, we might have to share the same effects across different parts of the world.
Scientists and researchers have now attributed global warming as a manmade disaster. In the quest of development and building new cities, forests were cut down indiscriminately in many parts of the world which soon resulted in lack of rainfall thus affecting the vegetation and climate. Poaching led to the extinction of some wild animals which are now extinct on land and fish on high seas. The need was felt decades back. Conferences on Environment and Development were held in many parts of the world until some heads of the world governments came together and started a movement to save the Planet Earth under the auspices of United Nations a global body. In one of these Conferences held in 1992 at Rio de Janeiro in Brazil a group of teens spoke before the delegates of different governments around the world and urged the world leaders to conserve nature, forests and environment. In a concluding speech one teen leader said “ You don’t know how to fix the holes in our ozone layer, you don’t know how to bring salmon back to life, you don’t know how to bring back an animal now extinct and you can’t bring back forests that once grew where there is now a desert. If you don’t know how to fix it, please stop breaking.
A question arises as to why such an important aspect of global warming was not redressed years back? Why do ideas make people forget their humanity, all we are is humanity first.  Why are worldly things like cars, bungalows and other precious possessions more important than climate change and animal extinction? Why do we exploit and kill animals weaker than us and destroy nature than once sheltered and protected us. If we have not noticed the situation than we have not been paying attention, as a species we are intelligent than animals and need to wake up because we are not heading in the right direction, such a system will lead us to the collapse of civilisation.
The movement has now received a shot in the arm with the Paris Agreement or L’accord de Paris an agreement within the United Nations Framework Convention on Climate Change  (UNFCCC) dealing with greenhouse gasses emissions, mitigation, adaptation and finance starting from the year 2020. An agreement of the language of the treaty was negotiated and agreed by the representatives of 195 countries at the 21st Conference held in Paris on 30th November 2105 and effective from November 2016. Following the withdrawal by the United States from the Paris Agreement, India is the third world largest carbon emitter after China and the US. The Paris Agreement is an ambitious, balanced and historic turning point in the role of reducing global warming as member countries are expected to report to the United Nations of steps taken every three years beginning from 2023. The hallmark of the Paris Agreement is to keep the global temperature below 2 C compared with pre-industrial times.
British Broadcasting Corporation (BBC) also has started a movement in 2007 “Saving Planet Earth” through film documentaries in which it emphasizes all the animals which are now endangered like tigers, elephants gorillas, rhinos, albatross is because of human species and that we humans are sharing more than our fair share of the planet. It is time to do away with this imbalance and protect the flora and the fauna and clean up the earth on which we live and take care of all the species. The Earth is our mother planet in which we are born and understand to learn to speak, learn to walk. It is the only planet in the solar system in which life exists with incredible biodiversity. Our life will be a waste if we don’t Save Planet Earth.
Related news