Where are the jobs?

Goa State has been battling with the problems of unemployment for several decades. Even after having 4,000 industrial units and a huge employment potential, lack of proper coordination between agencies has been hampering the process of providing gainful employment to the Goans. PRATIK PARAB checks out the unemployment scenario in Goa and how the government can plug the massive unemployment gap 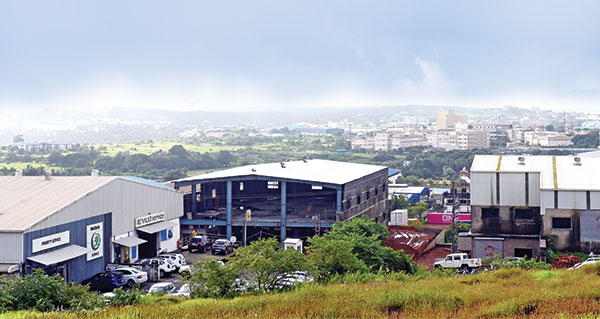 Goa has a population of 15 lakh. Compared to the 33 States and Union Territories in the country, the smallest State of India has had the highest per capita income for several years. Goa also ranks among the top States having educated youth. However, all these statistics do not ensure gainful employment to the semi-skilled, skilled and highly skilled people in Goa.

The live register of the Employment Exchange in Goa shows almost 1.10 to 1.35 lakh persons unemployed. Though the Government was quick to claim that the number may be inflated due to various reasons, the Commissionerate of Labour and Employment in order to ascertain the actual number of unemployed persons in Goa launched a state-wide survey of all the shops and establishments, including big industries.

The Labour and Employment department feels that though the number of unemployed is high, persons employed in the private sector and even in Government continue to remain as ‘unemployed’ in the records of the state, inflating the number of those unemployed to over a lakh.

The Commissioner of Employment, while speaking of the survey, said that they have collected data for smart cards which will serve various purposes including the percentage real-time of unemployment in Goa.

Several reports of some privately run agencies suggest that the unemployment rate in Goa has surpassed the 13 per cent mark. The Commissioner of Labour and Employment, Raju Gawas, said that he is quizzed on how the survey report claims high percentage of unemployment in Goa.

However, the alarmingly high percentage of unemployment was confirmed recently after Rajya Sabha MP Rameshwar Teli while speaking on the issue of unemployment rate in Goa mentioned that the rate in Goa for all age groups (15 years and above) is 10.5 per cent which is far higher than the national average of 4.2 per cent. This has been confirmed by data from the highest platform in the land — the Parliament of India.

The data on employment and unemployment has been collected through the Periodic Labour Force Survey (PLFS), conducted by the National Statistical Office (NSO), Ministry of Statistics & Programme Implementation (MOSPI).

In the 15-29 age group, Goa’s unemployment rate was more than doubled the national average between 15-59 years, it's almost three times more.

Under the Goa Employment and Retirement Benefit Act 2001, 25 Labour Officers across Goa are going to every shop, establishments and taking names, addresses and identification of all the employees that have been engaged.

Gawas said that the survey and smart card issuance is going to serve multiple purposes, one of which is to find the actual number of employment in the state of Goa — both private and Government.

Several provisions in the Employment Exchange Act and the system are also responsible for not letting the State get a clear real time picture of the employment figures in Goa. The deficiency came to the fore after the unemployment figures revealed by the NITI Aayog and the department showed huge disparity.

The Government of Goa has been attempting to accommodate a maximum number of educated unemployed into the private sector in Goa. There are nearly 4,000 industrial and commercial units in operation across Goa which employing bulk of the workforce.

There are 23 industrial estates, Verna Industrial Estate being the largest in the State and employs almost 30,000 – 40,000 thousand persons. Most of the employment is provided by pharmaceutical units which employs a wide range of people from engineers to helper.

The Government, through a notification, has made it compulsory for all the industries to upload vacancies in the unified portal so that the employer and employees are linked. Software has been put in place, but the industries have complained that the data management of the portal is faltered.

President of Verna Industries Association Pradeep da Costa said, “We are expecting that the Government works in the same manner in which the private sector for generation of employment in Goa. The systems in place are not serving the purpose.”

He said that the industries are ready to fulfil the aspirations of the locals around the industrial areas. However, not many efforts are put in to make sure the job seekers are linked with the locals.

“We have tried to convince people around Verna to take up jobs in the estate. However, no suggestion is taken. How can the industry wait for two months to hire some employees? It takes two months for the employment exchange to provide candidates for vacancies,” said da Costa.

However, employment in the private sector is not covered as employment, which inflates the figure of unemployment. Adding to this, if a graduate gets a government job less equivalent to his education; he or she doesn’t cancel his/her employment and continues to remain unemployed in the records of the employment exchange.

President of the Goa State Industries Association (GSAI) Damodar Kochkar said, “The government is putting efforts to make sure Goans get employment. However, the lists of candidates that are sent to us are old. We have asked for a latest list so that the process of employing staff is quick.”

“We do not get a clear picture. Seventy per cent of the candidates in the list we call are employed somewhere or the other. This is resulting in delays,” he added.

“In Verna Industrial Estate more than 30,000 – 40,000 thousand persons are employed. But we have noticed that many are not willing to take up the blue collar jobs,” Kochkar informed.

He also informed that the pharmaceutical industries which have a large intake capacity are not getting enough work force because of the work timings and lack of proper point-to-point transport services.

Kochkar informed that due to employment and other infrastructure issues several big industries have gone out of Goa for expansion.

The Government through the Information Technology (IT) Department, Department of Industries Trade and Commerce (DITC), Investment Promotion Board (IPB) and the Economic Development Corporation (EDC) has been attempting to generate self- employment. However, highly placed sources have informed that there is very little response to highly lucrative schemes.

Deputy Director of DITC Ashwini Gauns Desai said, “We have been able to achieve our targets of generating new self-employment in the State through the schemes we have. IPB is also independently planning and helping generate a lot of employment through new units. However, we plan to boost the number of beneficiaries of the scheme through awareness programmes in the near future”.

Though there are attempts being made to generate employment for locals, some systemic deficiencies are putting a spoke in the wheel. More than ease of doing business, the State needs to have ease of growing and surviving business to stop the brain and human resource drain from Goa.