Was the plan by Goa’s Health Minister absurd and unscientific? Or was it potentially a powerful remedy for COVID-19? Gourav jaswal analyses 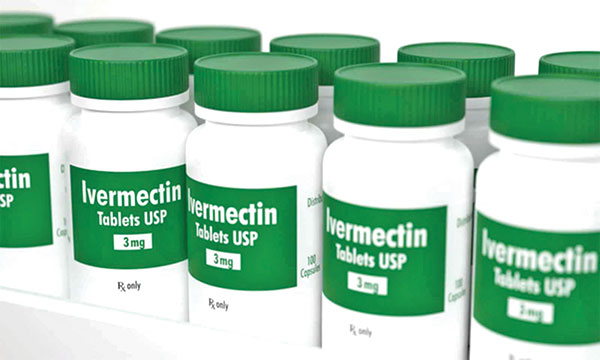 Three Weeks. Just 3 weeks is all it took for Vishwajit Rane’s ambitious plan to go from ‘Start’ to ‘Dead’.

From May 10, 2021 onwards, the Health Minister of Goa declared in a series of tweets—without any context-setting discussions preceding it—that the anti-parasitic drug Ivermectin would be administered to every adult in the state (resident population about 19 lakh) free-of-cost.

He mentioned “…expert studies from the UK, Italy, Spain and Japan…” which he said had found a significant reduction in mortality, time-to-recovery and viral clearance in COVID-19 patients treated with Ivermectin.

Surprising. Because till then, the Indian Council of Medical Research (ICMR) had only allowed—allowed, not recommended—the use of Ivermectin for treatment of mild COVID-19 patients and cautioned that this too had "…low certainty of evidence". Rane’s plan of administering Ivermectin was for ‘Prevention’ (in medical terms ‘Prophylaxis’) which is very different from ‘Treatment’ of COVID-19 patients.

Around the same time, Uttarakhand (population 1.12 Crore) proposed a step further than Goa, planning to give it to everyone above 2 years, except pregnant and lactating mothers. Then Karnataka (population 7 Crore, over 35 times Goa) also followed, even buying 1 million tablets, though for treatment, not prophylaxis.

This plan was met by a storm of protest. Not just by Goa-based political opposition (who framed it as a financial scam) but also by credentialed individuals and organizations.

Dr Soumya Swaminathan, Chief Scientist of the global World Health Organization (WHO), is an Indian and daughter of the legendary Dr MS Swaminathan, father of the ‘Green Revolution’. She’s also previously been Director General of ICMR in India. She immediately tweeted "Safety and efficacy are important when using any drug for a new indication. @WHO recommends against the use of ivermectin for #COVID19 except within clinical trials".

India Covid Guidelines, a group of some of the country’s most prominent medical institutes and hospitals, also categorically stated the same about Ivermectin. That it should be used only in the context of a Randomized Clinical Trial (RCT).

Multiple petitions were filed in the Goa Bench of the Bombay High Court against the Government’s COVID-19 planning, including the plan for Ivermectin.

In its defence, the Additional Secretary (Health) submitted on behalf of the Government of Goa that the WHO’s position was flawed and that "…various studies conducted in different countries have shown that the medicine has a positive effect on prevention and treatment/cure of patients…"

But the Court swiftly axed the plan to administer it population-wide. And underlined, "It does not appear that as of now the State has been promoting prophylactic use of medicines. In case however the State does so in future, it will be open for the petitioners to raise appropriate objections and the matter in that case will be dealt with by this Court…”

Vishwajit Rane, publicly thanked the Court for its decision. Side-stepping the fact that his plan was for population-wide prevention or prophylaxis (not permitted by the Court) and not just treatment for patients; which had been anyway ongoing since October 2020, as part of the ‘Home Isolation Kits’ given to COVID-infected patients in Goa.

In the same week as the court directive, the Directorate General of Health Services of the Union Government removed Ivermectin and a few other drugs completely from its treatment protocol.

In India’s federal structure, Health is a state subject, giving states considerable power in decisions. But this change by the Central government was a blow because Goa—as well as Uttarakhand and Karnataka—are also ruled by the BJP, which chokes their ability to defy the Centre.

But did the plan for Ivermectin deserve to be killed? Perhaps not.

Mainly because there’s a significant group of professionals world-wide who’re advocating Ivermectin. Prominent among them is the Front Line COVID-19 Critical Care Alliance (FLCCC) whose position—through papers, tweets and testimony in the Unites States Senate—is that Ivermectin is a miracle treatment for Covid.

The FLCCC is not a group of quacks. The key people behind it are renowned physicians with world-class work across decades. Its leading voice, Dr Pierre Kory, is a global pioneer in the use of ultrasound for the diagnosis and treatment of critically-ill patients. Another, Dr Paul Marik, is the second-most published critical-care physician in the world.

And the voices of FLCCC are not alone. A peer-reviewed research published a few weeks ago in the American Journal of Therapeutics made the bold claim that Ivermectin use could potentially end the COVID-19 pandemic.

Interestingly, as recently as June 2, Goa featured in an episode of the ‘Dark Horse’ podcast by Dr Bret Weinstein, a renowned biologist, who interviewed Dr Pierre Kory of the FLCCC. This interview got over 1.75 lakh global views in just 24 hours. In it, Dr Kory also commended the Health Minister of Goa for his initiative, not aware that the plan had already been torpedoed.

But the voices for Ivermectin keep getting stronger. Dr Robert Malone, inventor of the mRNA vaccine, strongly recommended it in an interview broadcast a week ago on June 12.

Despite this positive traction, Ivermectin seems to have become so politically radioactive in Goa, that its proponents themselves are unwilling to touch it anymore. Vishwajit Rane even refused to comment for this story.

The Perfect is the Enemy of the Good

Why is Ivermectin so controversial?

It has a fascinating origin story since being discovered about 40 years ago from a bacterium inside soil in woods adjoining a Japanese golf course. Enigmatically, in the subsequent four decades, no other source has been found in the entire world.

Ivermectin proved so effective in combating parasitic worm infections (and saving hundreds of thousands of lives) that it revolutionized both veterinary and human medicine. And earned its discoverers (William C Campbell and Satoshi Ömura) a joint Nobel Prize in 2015.

It soon became universally available and inexpensive. You can walk into most chemist stores in Goa and buy it for less than Rs 45 a tablet. A complete course—even at retail price—would cost you less than Rs 250.

So why should there be such hesitancy in even exploring the efficacy of Ivermectin?

For months now, desperate Indians have been frantically searching for remedies like Remdesivir or Plasma, which have almost no evidence of benefit besides having crippling costs and uncertain availability.

We’re in a country where the only Indian vaccine (Covaxin from Bharat Biotech) was approved and is being injected in millions without even having reported Phase 3 of clinical trials data. We’re also in a country where a dubious remedy with zero medical credibility—Coronil by Baba Ramdev of Patanjali—was released by the Union Health Minister. And went on to sell over Rs 250 Crore in 4 months of launch in 2020 itself. Despite its claims being challenged in courts in multiple places in India, as recently as last month, the Government of Haryana announced that it would distribute 1 lakh Coronil kits in the state, contributing half its retail price.

Contrast this with Ivermectin. A drug that has saved countless lives, has been widely-cited as a ‘wonder-drug’ along with Penicillin and Aspirin, that is proven across three decades (and almost 4 billion doses) to be safe. A drug that is cheaply available in India from multiple manufacturers, hence reducing the risk that only one company benefits. A drug that is just one among a long list of anti-parasitic treatments that have shown to have anti-viral properties. A drug that the WHO itself has long included in its list of ‘Model List of Essential Medicines’.

In a development whose news rippled across the world, Dipali Ojha, the Head of the Legal Cell of the Indian Bar Association, a 4-year-old private body of lawyers (founded by her husband Nilesh Ojha) sent a Legal Notice to Dr Soumya Swaminathan and the WHO for the adverse comments against Ivermectin. Cementing the fact that it has as many vocal proponents as detractors.

Dr VN Jindal, former Dean of the Goa Medical College and Hospital, widely-respected for his probity, wrote in an opinion column in Herald on April 29, 2021: “…Effectivity, affordability, easy availability, and safety makes Ivermectin almost a safety shield for mass prophylactic use in India to arrest the pandemic…” He reiterated his view a day ago and mentioned that he had used it upon himself and his own family for prevention.

A lost opportunity for Goa?

Yet a dizzying array of professionals and institutions world-wide continue to advocate against Ivermectin. The journal Frontiers in Pharmacology in February 2021 retracted a paper it was intending to publish citing its efficacy, and many mainstream science media continue to be sceptical about it. What is confounding is that as many equally-credentialled voices are recommending it. Example? Dr Bret Weinstein calls its non-implementation ‘The Crime of the Century’.

Given this global debate, there’s no reason for individuals to start popping Ivermectin indiscriminately without understanding its dosage and side-effects. And the right path for the Government of Goa was certainly NOT to have unilaterally announced an experiment on its entire adult population without any background.

But there was definitely a unique opportunity for Goa: To leverage the advantages of its small population, relatively well-funded healthcare system, compact geography and engaged citizens. By first educating people and medical practitioners about the pros and cons of Ivermectin. And then quickly kick-starting a systematic study—a RCT or Randomized Controlled Trial—with a few thousand volunteers. A study that would have taken only lakhs of rupees and weeks to get results. Not crores and years.

Whether the devotees of Ivermectin are eventually proven right or its detractors, with a systematic, monitored implementation, Goa had a chance to lead the world.

The window of opportunity is open even today. Will Goa step-up and take it?

Gourav Jaswal is an entrepreneur who’s the Founder of venture studio Prototyze. Email him at [email protected]