Women empowerment, The need of the hour

Women are active in every field and equally capable of handling the office work-stress along with the family responsibilities, but there is no end to the criticism, harassment and abuse of a woman. With NCHRO demanding 50 per cent reservations for women in the upcoming Assembly polls, STHRIGDHARA NAIK finds out what steps need to be taken for women empowerment 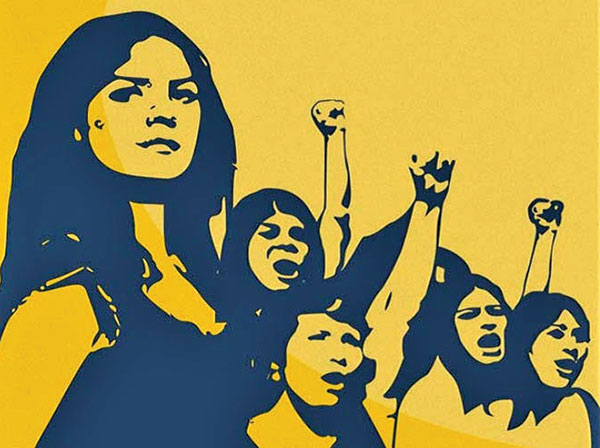 We live in a society which speaks a ton about giving equal opportunity to woman in every field but fails to make the concept actually work in reality. Today’s female is seen to be active in every field and being equally capable of handling the office work-stress along with the family responsibilities but unfortunately there is no end to the criticism, harassment and abuse a woman has to face at every point of life.

Irrespective of the various reservations made by law to help her create her own identity, considering her at secondary position male dominant society always denies the strategic choices of women. Instead of trying to change the mentality of narrow minded society ‘National Commission for Human Rights Organisation (NCHRO)’ has taken the step forward to empower women in the field of politics by demanding 50 per cent reservation to women candidates in the upcoming Assembly elections. Team Herald spoke to the women wing chiefs of various nationally recognised political parties and a few others to know their views on the same.

“The soul intention behind demanding the reservation for women is to gain social transformation, political stability and economic growth”, said Adv Seuola Vaz the legal expert and a member of women empowerment cell. “When we speak about empowering women, we need to stress on building women leaders. The core committee of NCHRO has drafted a memorandum the crux of which is to introduce minimum women legislators in State Assemblies to help build and draft women centric bills, legislate on women issues, build role model women leaders and legislators, inspire youth females through opportunity and reservations and to take up women empowerment programmes at village levels. Through this memorandum, we will approach and demand the political parties to identify the competent women within the party and distribute tickets to those who are capable, said Vaz.

“It has been 25 long years that the Bill seeking 33 per cent reservation for women in Parliament and State legislative Assemblies awaits nod; the Bill left to eat dust somewhere in the corner of the office”, claimed Arc. Royala Fernandes, former sarpanch of Benaulim and a member of women empowerment cell. “Designing the reservation Bill, blindly attending the women empowerment session holds no good unless and until the call to action is taken. With the Assembly election 2022 right around the corner, we will visit all the political party heads and submit the memorandum. With women getting equal opportunity to debate on various issues, State will gain much needed balanced atmosphere with diverse views in the legislature”, added Fernandes.

“I am always in favour of women reservation”, said AAP leader Pratima Coutinho. “As a social worker we have always been demanding the reservation for women. If we look at the present political scenario, either the wife, daughter or a female relative of a political leader comes forward to contest the elections. The common women who also hold the right to contest and be a leader never gets the chance to contest since rather than judging on their competency, women are judged based on their family background or considered a weakling and are denied the basic democratic right. Such organisations are therefore required to work for a good cause and I totally support them”, said Coutinho.

Former President of Goa Women Forward and current Vice President of GF Party Ashma Sayed said, unlike others the Goa Forward Party has left no stone unturned in empowering women. “In the MMC election that were held last year, four women candidates were given the opportunity to contest the elections of which three won and are now ruling”, she added.

“BJP doesn’t believe in giving reservation to women”, stated President of Bharatiya Janata Mahila Morcha, Dr Sheetal Naik.  “The BJP rewards people on merit, irrespective of whether it is men or women,” she said. “There are many women ministers in the Union cabinet and parliamentarians. BJP has a significant number of women in national executive committee as well. All of them have got through by working hard and creating their image by doing the social work and not due to any reservation”, said Naik.

“I believe that the women in Goa are given a free hand to choose the field of their choice and are not judged by the society unlike other States and hence one only needs to work hard to prove their capability and not any kind of the reservation”, Naik added.