Alvaro vazquez is a gaur 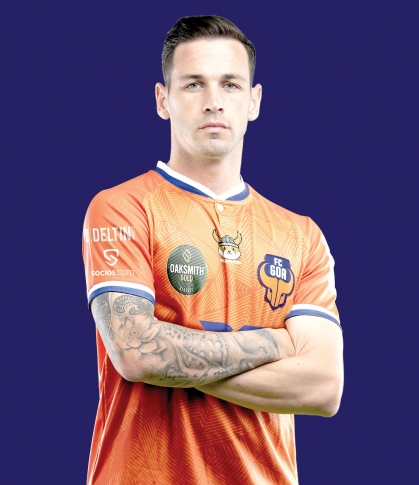 PANJIM: FC Goa completed the signing of Alvaro Vazquez, the Club officially confirmed. The player has penned a two-year contract with the Gaurs, as a result of which he will wear their iconic Orange till the summer of 2024.

In his first season in the Indian Super League in 2021/22, the striker finished with 8 games and 2 assists to his name as he propelled Kerala Blasters to their first final appearance since 2016.

“I’m extremely happy to join FC Goa,” Vazquez told fcgoa.in after signing on the dotted line. “The club has an ambitious project and a playing style that I love. Having spoken to the Club officials and Edu (Bedia), I was convinced that I can be the best version of myself here.

“For me, Goa is one of the biggest clubs in the Indian Super League. Last season might not have been the best for the Club, but I believe we will surely move back to the top this coming season. I have heard and seen the fans of Goa, who love football. I want to experience playing at Fatorda. Honestly, I can’t wait to play my first game in the club’s colours.”

FC Goa Director of Football, Ravi Puskur also expressed his delight on the striker’s arrival. He stated, “We’re delighted to secure the services of Alvaro. He’s someone we’ve always kept an eye on long before his arrival into Indian football and given he’s already adapted to India, we moved quickly this summer to secure his services when the opportunity arose.