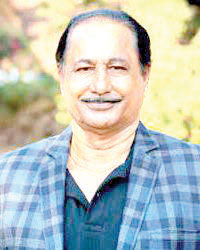 PANJIM: Armando Colaco is back in the mix. As the new coach of Sporting Clube, he has been handed the reins to ensure the team is prepared for challenges while attempting to live up to their I-League aspirations.

The 69-year-old Colaco said he was approached by the late club owner Peter Vaz approximately four years ago to take over the reins but prior commitments came in the way.

“Now, however, they are keen on being part of the I-league and want me to guide them. I had nothing to do after the pandemic. Prior to that I was the Technical Director with Sesa Football academy and I’m happy Sporting believe I still have some juice in me,” he said.

As for new recruits to the club, Colaco said the management had revealed to him they had recruited players for two or three years and wholesale changes are out of question.

Except for one -- former Dempo player Nixon Catana  who is adept in set-piece situations. “He used to be my trainee and he’s already part of the Sporting system,” said Colaco.

Having formerly coached Dempo with aplomb, Colaco would knuckle down to getting to know the team, its strengths and weaknesses and the capabilities of the individual players. “I would then decide on strategies,” he said.

“I am very keen on placing the team on the Indian map,” he said.

Colaco expressed pure joy on returning to coaching a club. “I cannot live without football,” he said. “I am happy to be back in and hope to make most of this opportunity.”