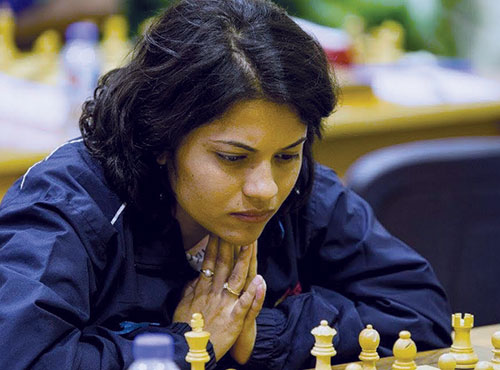 PANJIM: Goa Bhakti Kulkarni was involved in a draw in the second round of the Chess World Cup on Thursday.

Bhakti started the game with Catalan opening, however, her opponent-- Pogonina was on time pressure and saved her match by perpetual checks.  .

Bhakti had advantage in the closing stages but her opponent got the tactical shot and forced perpetual check thus ending in draw.

In the women's event, Padmini Rout and Sarasadat Khademalsharieh shared honours in the first game of the second round match, while D Harika scored a win over Medina Warda Aulia (Indonesia) in 48 moves. Meanwhile,  Indian Grandmasters R Praggnanandhaa and B Adhiban registered wins in the first game of the two-game mini match in the second round of the FIDE chess World Cup here on Thursday.

Chennai lad Praggnanandha got the better of the experienced Gabriel Sargissian (Armenia) and Adhiban posted a crushing win over Neuris Delgado Ramirez in just 22 moves in the men's event.